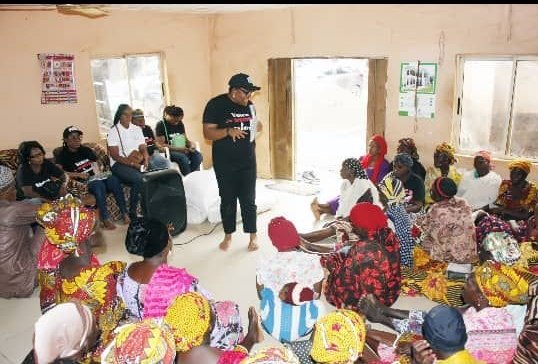 FIDA Abuja on Saturday the 16th of July 2022, went on an outreach to the community of MABUSHI, at the Chief’s Palace in the person of Alhaji Aminu Akuyi (Esu of MABUSHI Village) FCT, Abuja.

Led by the Chairperson, Miss Chibuzo M Nwosu, conveyed the legal implications of the provisions of the VAPP Act 2015 to the curious men and women of the community. Key provisions such as Rape, FGM, Forceful Ejection from Home, Forceful Economic Dependence, Spousal Battery, Harmful Widowhood Practices, Indecent Exposure, Incest and Political Violence of State Actors were in focus.

The outreach had in attendance, the Palace Chief cabinet amongst whom were the Sarkin Yaki Mr. James Kusase, the Jikwo of Palace Usman Gambo; the Village Head Nuhu Zakwuyi; the Asst Women Leader Terna Joshua; Secretary to the Woman Leader Justina Lazarus; the Kuyabana of Palace Danladi Dayako and the Women Governor Adamu Baba Busa.

Questions centered around these provisions were asked by the attendees. At the end of the lecture, the Palace Chief applauded FIDA for its achievements and a well-informed lecture. He further requested that more of such lectures be organized having been the first of its kind in the Community.

In her closing remark, the Chairperson thanked the Palace Chief and members of his cabinet for the warm reception while assuring of FIDA’s presence and its commitment to serve humanity. Bags of grains were donated to the community by the branch.