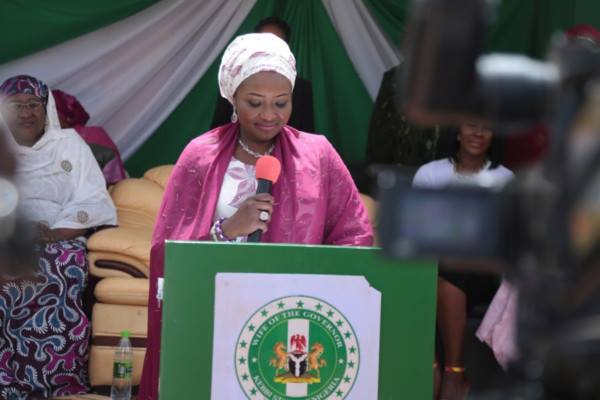 Her Excellency Dr. Zainab Atiku Bagudu in collaboration with the International Federation of Women Lawyers, FIDA Kebbi has paid outstanding fines to free up to 30 inmates from prison. The governor’s wife also donated food, clothing other assorted items to the 329 inmates of the New Birnin Kebbi Prison.

The prisoners to be freed were carefully selected by a joint committee of Women Lawyers, Prisons Officials and Social workers to rehabilitate those freed. Chairperson of the committee Barrister Maryam Kaoje said the prisoners to benefit are those with health challenges, the reformed, and those about to complete their prison terms but have some fines.

The Governor’s wife who was represented by Hajiya Maimuna Jega called on the inmates to take skills acquisition given to them very seriously and as a measure of ensuring their proper integration into the society at the end of their prison term.

Some inmates who made their opinion known during the visit called on the State Government under the leadership of Senator Abubakar Atiku Bagudu to as a matter of urgency come to their aid by restoring/repairing their source of water.

In his remarks, the State Comptroller of Prisons represented by Assistant Comptroller Mahmud Umar Mato commended Her Excellency for the humanitarian gesture calling on members of the Society to emulate her. He recalled that this was the second time they were receiving such wonderful support from her which he described as apt and timely promising to consider inmates that fell within the category of exemplary conduct.