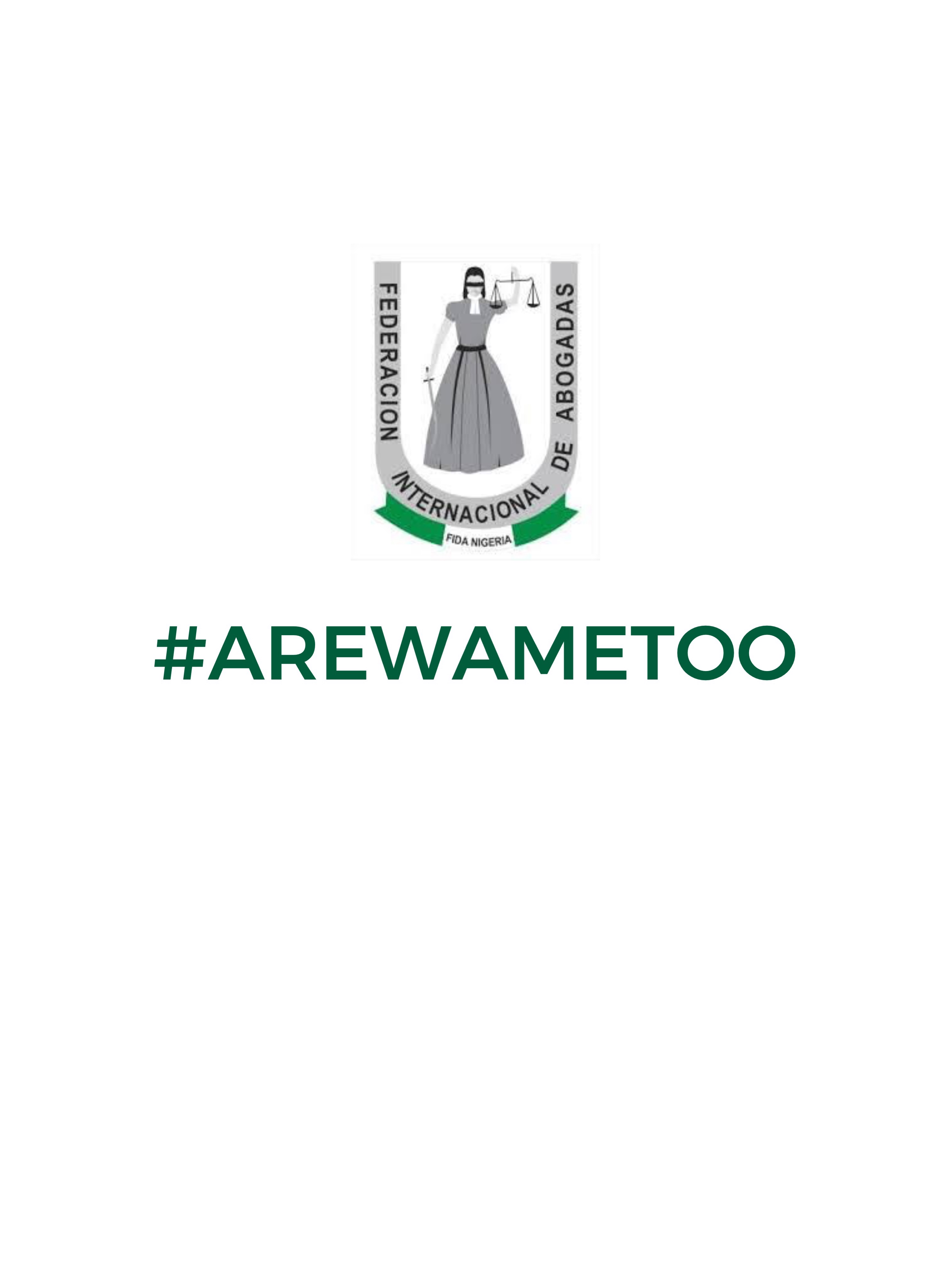 Over the past few weeks the #ArewaMeToo movement has been gaining momentum on social media, with numerous women from Northern Nigeria, coming out to share their stories of sexual violence, child molestation and domestic violence. The Arewa women have taken a cue from the #MeToo movement which began in America and the #HearMeToo campaign which started during the 2018 16 days of activism against gender based violence and turned to naming and shaming as a form of justice.

An underlying theme of the movement is the need to highlight the negative cultural and religious barriers that have oppressed abused women into staying silent and not holding their perpetrators accountable. The #ArewaMeToo movement is looking to break the culture of silence which notoriously surrounds cases of sexual and gender based violence. Survivors of sexual and gender-based violence often do not seek help for fear of stigma by both their community and law enforcement officers who are supposed to provide the support base.

FIDA Nigeria is in support of movements like these which challenge the negative cultures that allow abuse to remain rampant in society. As such we were shocked to hear that one of the most notable campaigners of the #ArewaMeToo movement, Maryam Awaisu was arrested yesterday for undisclosed reasons. Though she was released after a few hours, it can be argued that such a move further intimidates and discourages women from speaking up about the violations they have faced. Furthermore, it discourages activists from getting involved with such cases. Human rights activists should not be deterred by any such challenge obstructing this our nobel mission, and must all remain focussed on the goal. We cannot allow violators of women and children’s rights to continue to go unchecked. We must work to see that justice is being done.

Despite the availability of legislations like the Violence Against Persons (Prohibition) [VAPP] Act which criminalises the various forms of violence, Nigeria still has an underwhelming rate of conviction when it comes to perpetrators. As such, it is ridiculous that it is the woman working on behalf of survivors that will be subject to the wrath of law enforcement officers. Law enforcement officers must not be misguided and must rise up to defend it’s citizens and protect their fundamental human rights. Gender based violence cases are peculiar because they are so underreported and under prosecuted that there is an extra burden on the officers handling these cases to take a more victim centred approach.

FIDA Nigeria remains committed to protecting, promoting and preserving the rights of woman and children and so proudly lends her support to the #ArewaMeToo movement and encourages more women to speak up and break the culture of silence that has gone on for too long. FIDA applauds and supports the progressive initiative which encourages northern women to speak out and not be deterred by culture or religion; which stops the shaming culture and give backbone to victims.

Furthermore, FIDA Nigeria is adding her voice to the calls for proper legal investigation of ALL allegations that have come out of the #ArewaMeToo movement, so that perpetuators are brought to book in accordance with the law while victims are protected and compensated. We use this opportunity to urge all states which are yet to domesticate the VAPP Act to do so forthwith because of it’s advantages which include – the broad definition of ‘violence’ covering physical, psychological, sexual, harmful traditional practices, socio and economic violence in both public and private places, increased penalties and the provision of protection and compensation for victims.

Nigeria is a signatory to and is bound by the Convention on the Elimination of Discrimination Against Women (CEDAW) and in the CEDAW General Recommendation 19, the UN has outlined that “Gender-based violence is a form of discrimination that seriously inhibits women’s ability to enjoy rights and freedoms on a basis of equality with men.” As such the Nigerian government must be proactive in ensuring that Gender Based Violence is curbed in society. 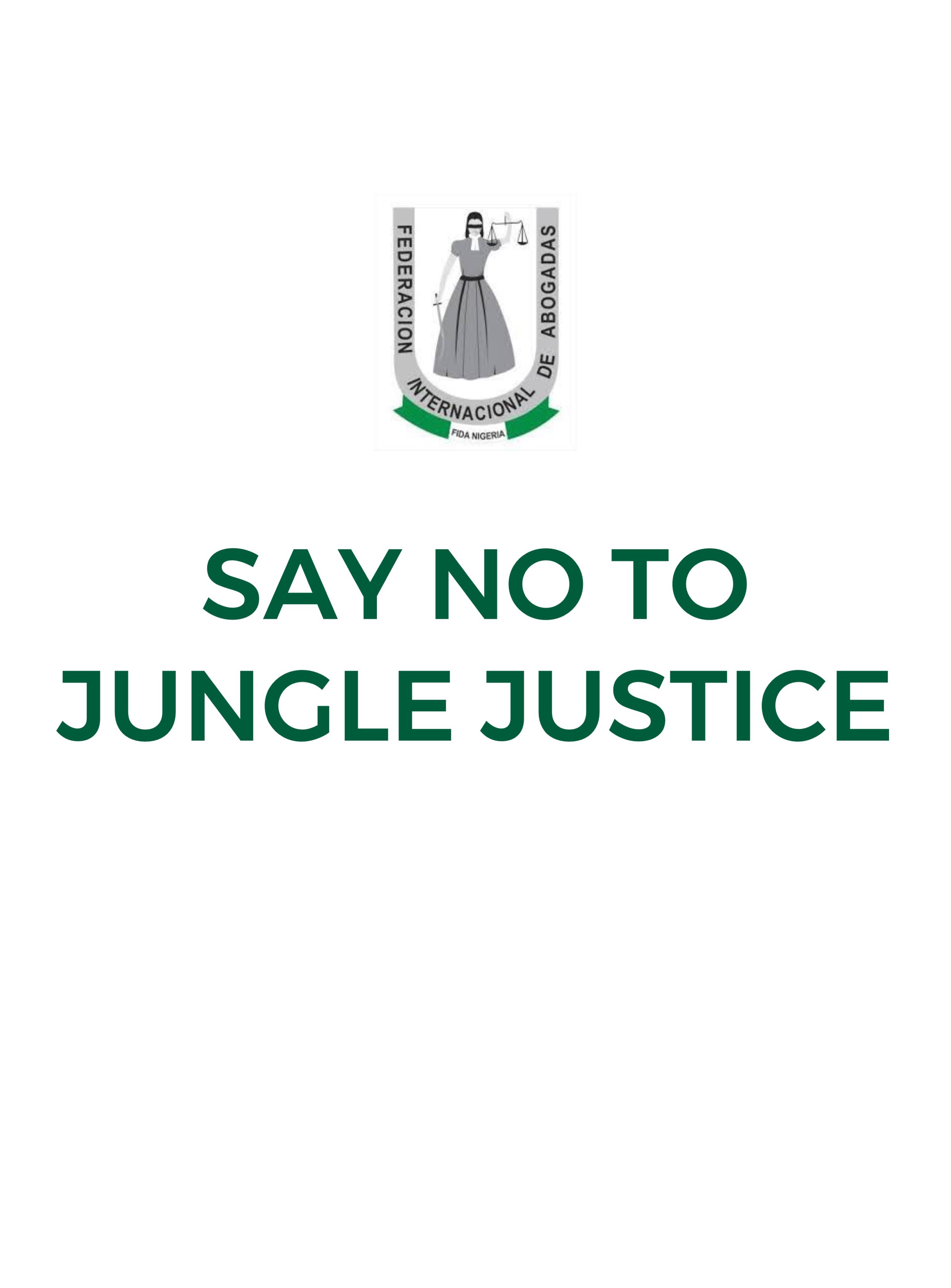 It is likely that you woke up to another video being circulated online, of a female being stripped, beaten and tortured for allegedly committing a crime. This harmful practice of stripping and shaming females has been happening for decades, not only in Nigeria but in other parts of the world and with the advent of social media it has become more obvious how often this abhorrent trend occurs.

Today, FIDA Delta is carrying out a march against dehumanising and inhumane treatment of women in Delta State in response to an incident which happened last week in the State. A special adviser to the Delta State governor on security, allegedly took his thugs to abduct a woman who ‘disrespected’ him. They stripped her naked, tied her up, flogged her, recorded it and put it on the internet so that they could shame her. The question is, who is really meant to feel ashamed? Is that really the best way to get justice?

Yesterday, FIDA Edo carried out a mega protest march to demand justice for a woman who was stripped, beaten and assaulted by some men on the allegations that she stole a phone. The men thought that it was commensurate justice to insert pepper into the woman’s private parts and to film the cruel and dehumanising act. In response to the viral video, the Nigerian Police Force have arrested 6 suspects and have issued a statement warning against the dire consequences for persons who resort to criminal acts of self-help. Two wrongs will never make a right.

The mob system of jungle justice makes it easier for people to feel less guilty and less responsible for the crimes they commit against alleged criminals. It can be argued that a lot of people engage in these harmful ‘justice’ practices because they really do not know any better. Perhaps they are not aware that there are laws which can provide them with proper remedies. Perhaps they are unaware of the due process to follow when seeking justice for an alleged crime. Perhaps they lack trust in the criminal justice system. Regardless, such methods of discipline cannot continue to be seen as acceptable.

The culture of impunity for perpetrators of these harmful jungle justice practices must be brought to an end. It needs to be costly for people to brutalise others. We need legislation and policies in place which categorically outlaw jungle justice. We need aggressive sensitisation campaigns against jungle justice. Even more importantly we need to reform our criminal justice systems so that less people will deem it necessary to take matters into their own hands.

FIDA Nigeria remains committed to the promotion, protection and preservation of the rights of women and children in Nigeria. We exercise our mandate through the provision of free legal representation for indigent women and children and also by advocating for gender friendly reforms of the law. We are currently representing the lady in Edo who was subject to the cruel insertion of pepper into her private parts and we will work to ensure that true justice is served in her case. Please contact us if you are a victim or if you are aware of any other cases of jungle justice which falls within our ambit. 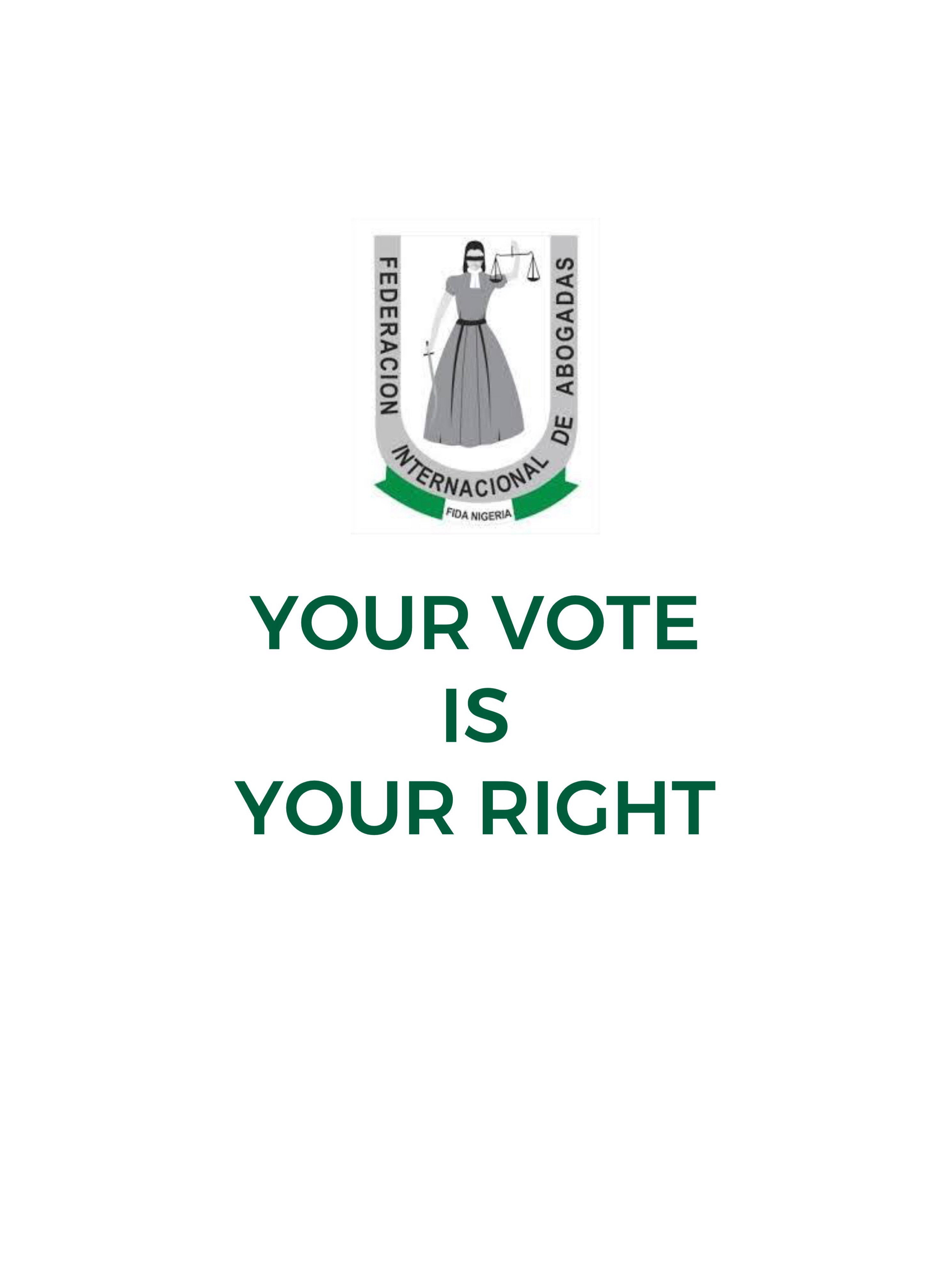 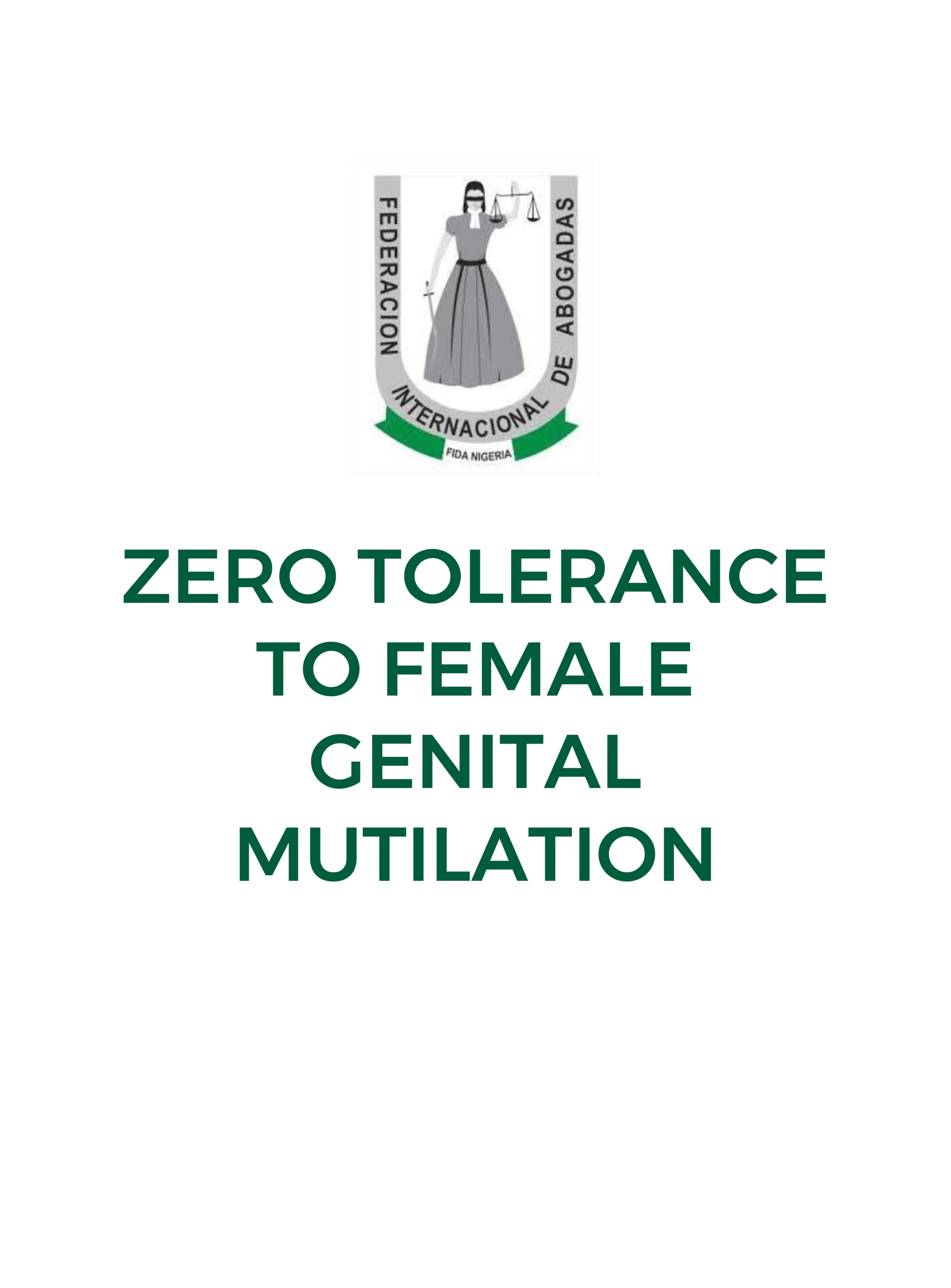