By resolution 42/112 of 7 December 1987, the General Assembly decided to observe 26 June as the International Day against Drug Abuse and Illicit Trafficking, as an expression of its determination to strengthen action and cooperation to achieve the goal of an international society free of drug abuse. Each year, individuals, communities and various organisations all over the world use the day to raise awareness of the major problem that illicit drugs represent to society and to mobilise political will and resources to address the menace.

FIDA Nigeria lends her voice to commemorate the International Day Against Drug Abuse and Illicit Trafficking 2019. As an organisation of women lawyers with a mandate to promote, protect and preserve the rights of women and children in Nigeria, this year’s theme particularly stood out to us. The theme is ‘Health for Justice, Justice for Health’ and as the UN outlined, this theme highlights that health and justice are two sides of the same coin when it comes to addressing drug problems and tackling illicit trafficking. Drug abuse and illicit trafficking were once seen as marginal factors affecting development in society, but the UN now classifies this menace as a ‘disturbing obstruction to the achievement of the 2030 Sustainable Development Goals’, particularly Goals 3 on health and Goal 16 on peaceful societies.

This reclassification is hard to contest. In February 2019, a National Drug Use Survey was released by the United Nation Office on Drug and Crime (UNODC), funded by European Union (EU) in partnership with the Federal Government. The survey revealed that the prevalence of drug use in Nigeria in 2018 was more than twice the global average of 5.6 per cent, adding that the extent of drug use in Nigeria is comparatively high. The survey estimated that there are around 14.3 million drug users in Nigeria and that one in four drug users are women. This means that there are approximately 3.6 million women in Nigeria that are drug users.

FIDA Nigeria has observed with great distress the increasing actives of drug traffickers and the increased use and abuse of drugs in the country. The effects of drug abuse and illicit trafficking are far reaching and the negative impact on individuals, families and society as a whole is multifold. In Nigeria today, it is taking a frightening dimension and taking a major toll on our communities.

Many families are battling and contending with drug addicts, some have quit schools and work, dysfunctional homes, some are on the verge of lunacy or battling with acute diseases. Drug abuse leads to the deterioration of an individual’s relationships, finances and health. From a health perspective, abuse can lead to diseases such as cancer, HIV/AIDS, stroke etc, and also mental health problems such as depression, paranoia, hallucination, brain damage etc. Drug abuse can be fatal and this leads to a loss of valuable people in society.

From a legal perspective, abuse has dire consequences on the individuals involved in the drug trade and on the community and the criminal justice system as a whole. Communities that are rife with drug abuse and illicit trafficking, tend to also suffer from an increase in crime and other delinquent behaviours that threaten the safety, security and wellbeing of the community.

The international community thus uses this day to shine a light on the preventable crisis that is drug abuse and on the global quest to advance successful responses to the crisis. In Nigeria, health responses are limited and most centres do not provide the necessary counselling and treatment services to drug users which in turn exacerbates the health crisis that is drug dependency. Reports also indicate that some dependents are shackled like animals in rehabilitation centres across the country, resulting in further physical and psychological damage.
Legal responses on the other hand are excessively punitive on drug users and amiss on drug traffickers. For responses to be successful, holistic approaches and integrated solutions are needed. Integrated solutions are only possible when fair and humane institutions of criminal justice, health and social services work hand in hand.

Since the late 1990s, numerous United Nations (UN) General Assembly resolutions have acknowledged that ‘countering the world drug problem’ must be carried out ‘in full conformity’ with ‘all human rights and fundamental freedoms’. International standards stress the importance of providing alternatives to imprisonment for people with drug use disorders and promote rehabilitation over punishment.

FIDA Nigeria calls on all to recognise and properly address the growing menace of drug abuse and illicit trafficking in society. The Federal Government must realise that rather than treating those who have been exploited as criminals and overburdening our prisons, more should be done to rehabilitate the individual and reintegrate them into society.

The Federal Government should adhere to the International human rights standards it has ratified and mainstream a gender and age perspective into drug related policies, since women and children are especially vulnerable to exploitation in the illicit drug trade. Legal age restrictions on existing drug-related health services should be reviewed and accessible drug dependence treatment and harm reduction services should be provided.

Finally, the Federal Government must prioritise and address the root causes of involvement in the drug trade, including poverty and social marginalisation. This is a matter of urgency and FIDA Nigeria calls on the government and all relevant agencies come with up with a pragmatic and holistic approach to tackle this menace that has bedevilled our country… We also call on Non-governmental organisations, international organisations, parents, religious bodies, traditional rulers, heads of schools at various levels (primary, secondary and tertiary institutions) and the entire community to wake up and fight to save our children especially from the tragedy of drug abuse and illicit trafficking.

Let us remember that the youth population is the fulcrum of our national development. Let us say NO to DRUGs for Health is Justice and Justice is Health. 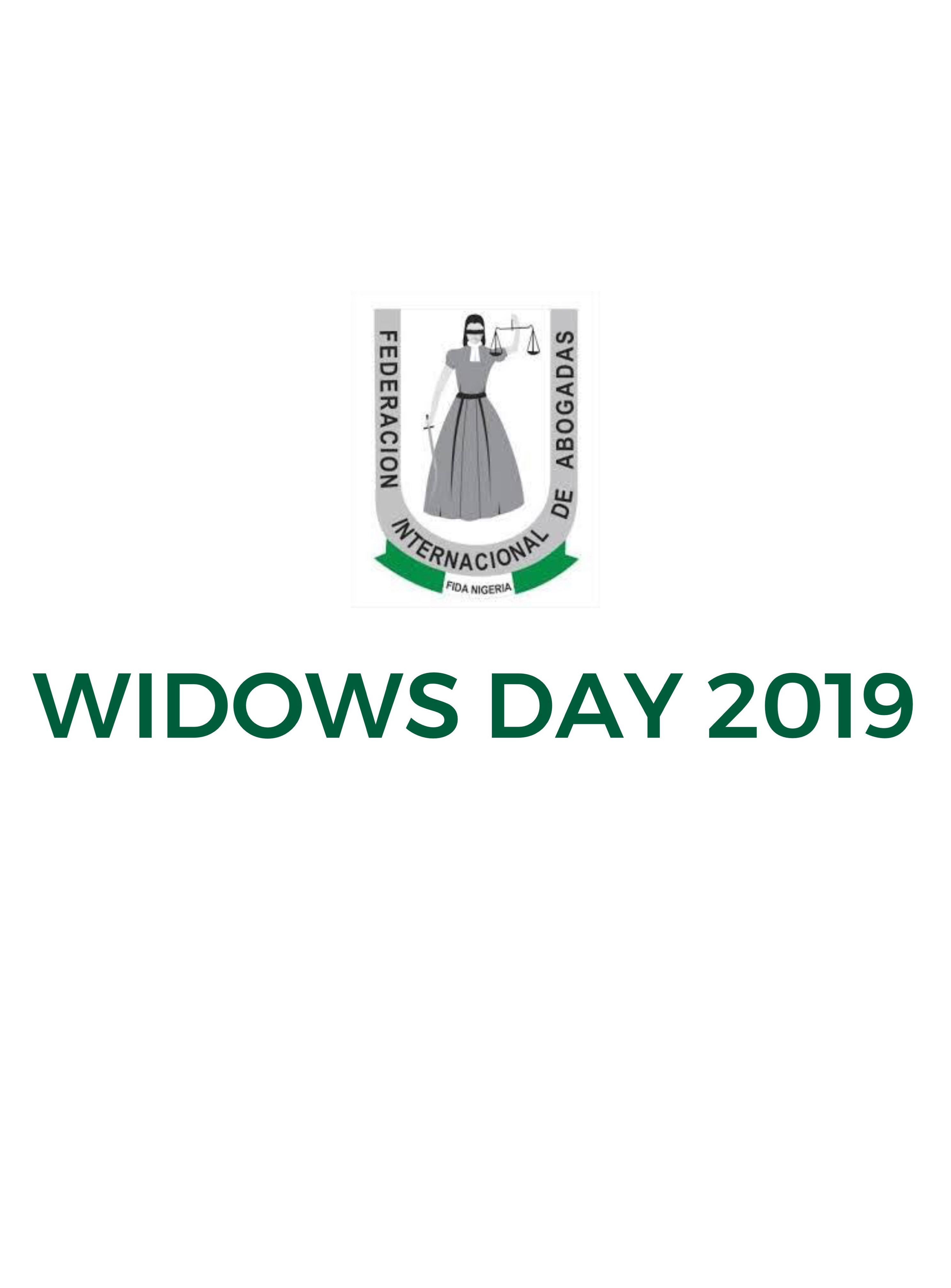 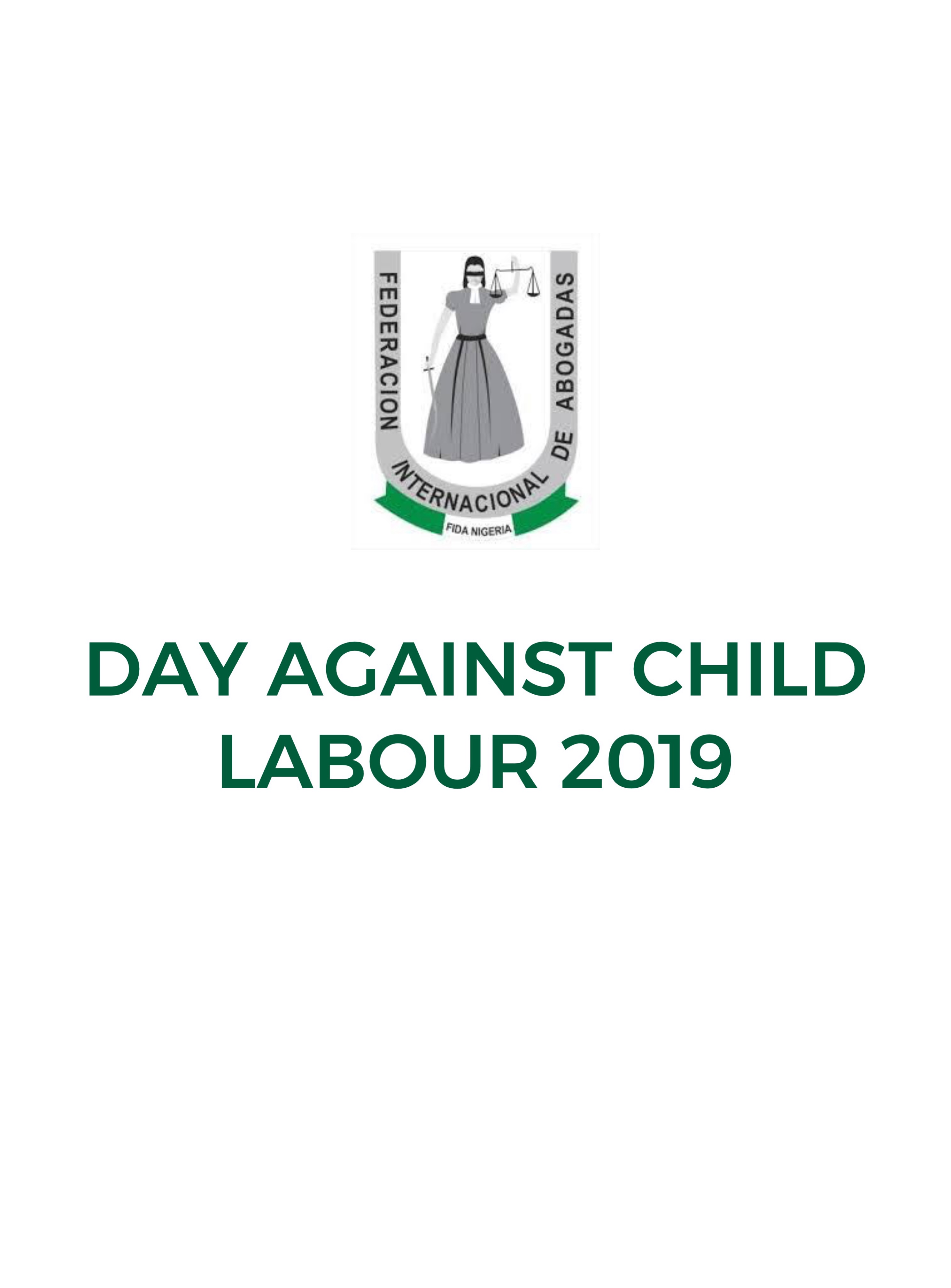