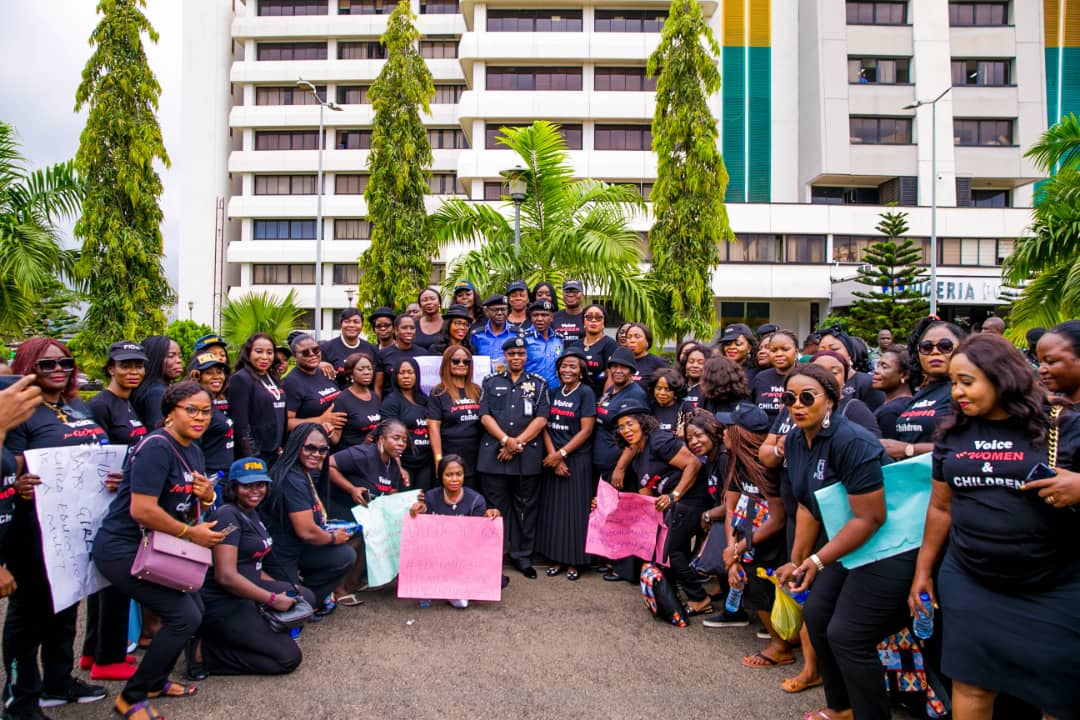 On the 16th of October 2019, in Furtherance of FIDA Nigeria’s mission of Protecting the Rights of Women and Children, Fidans engaged on an Advocacy Walk to the Nigeria Police Headquarters, Abuja and visited the Inspector General of the Nigerian Police. Members were warmly received by the AIG Alkali, the PRO Frank Mba and other high ranking Police Officials

FIDA Nigeria advocated for the police to rise up to their statutory responsibilities and do a lot more to Stop All Forms of Violence Against Women and Children; they sensitized the Police on recently passed legislations such as the (VAPP) Act (2015) which can be used by them in prosecution; FIDA agreed to support the Police in training it’s officers particularly those on the Gender Desks at Police Stations, including other proactive collaborations for the benefit of the vulnerable groups. The positive role FIDA plays in the society was appreciated and commended, the police force gladly welcomed any help that may be received from FIDA in the future

FIDA Nigeria on the 15th of June 2021, officially inaugurated her 36th branch, FIDA Nigeria, Katsina State. Her Excellency the wife of the Kastina...

FIDA Nigeria with the support of ActionAid and funding from Global Affairs Canada held a three-day appraisal/review meeting of FIDA Nigeria’s 5-year...