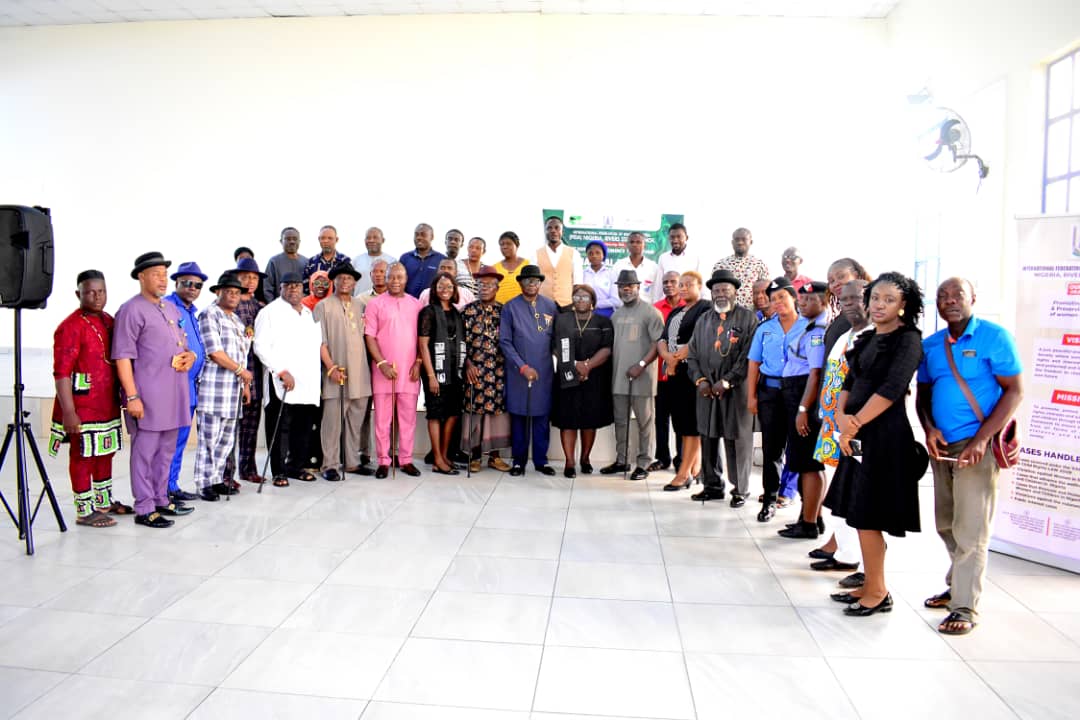 In the implementation of the “Strengthening Women’s Voices, Institutions, Women’s Rights and Ending Violence Against Women and Girls In Nigeria Project”, FIDA Nigeria, Rivers State branch in partnership with Nigerian Women Trust Fund and under the sponsorship of Ford Foundation successfully translated the Rivers State Violence Against Persons Prohibition Law (VAPP LAW) into pidgin English which was utilized in the paralegal training of fifty local community leaders from Okrika Local Government Area of Rivers State.

The Paralegal Training which was held on the 20th day of October 2022, in Okrika, had in attendance local community leaders from the traditional council, religious groups, youth groups, vigilante groups, women groups, and representatives of the Nigerian Police force

The Participants of the training were intensively trained in four engaging sessions on categories of gender-based violence, strategies for ending gender-based violence/ increased participation of women in Leadership positions, and how to effectively serve as paralegals for effective implementation of the VAPP Law.

At the end of the intensive sessions, participants resolved to use the law as an instrument to curtail gender-based violence and to achieve a significant increase in the participation of women in leadership positions.

FIDA Nigeria Stakeholders Forum On The Status of the Gender Responsive BillsPrev
Public Hearing on A BILL FOR AN ACT TO AMEND THE NATIONAL CENTER FOR WOMEN DEVELOPMENT ACT, CAP.N15Next