International Day of the Girl-Child 2022 “Our Time is Now-Our Rights, Our Future”

Home / Blog / International Day of the Girl-Child 2022 “Our Time is Now-Our Rights, Our Future” 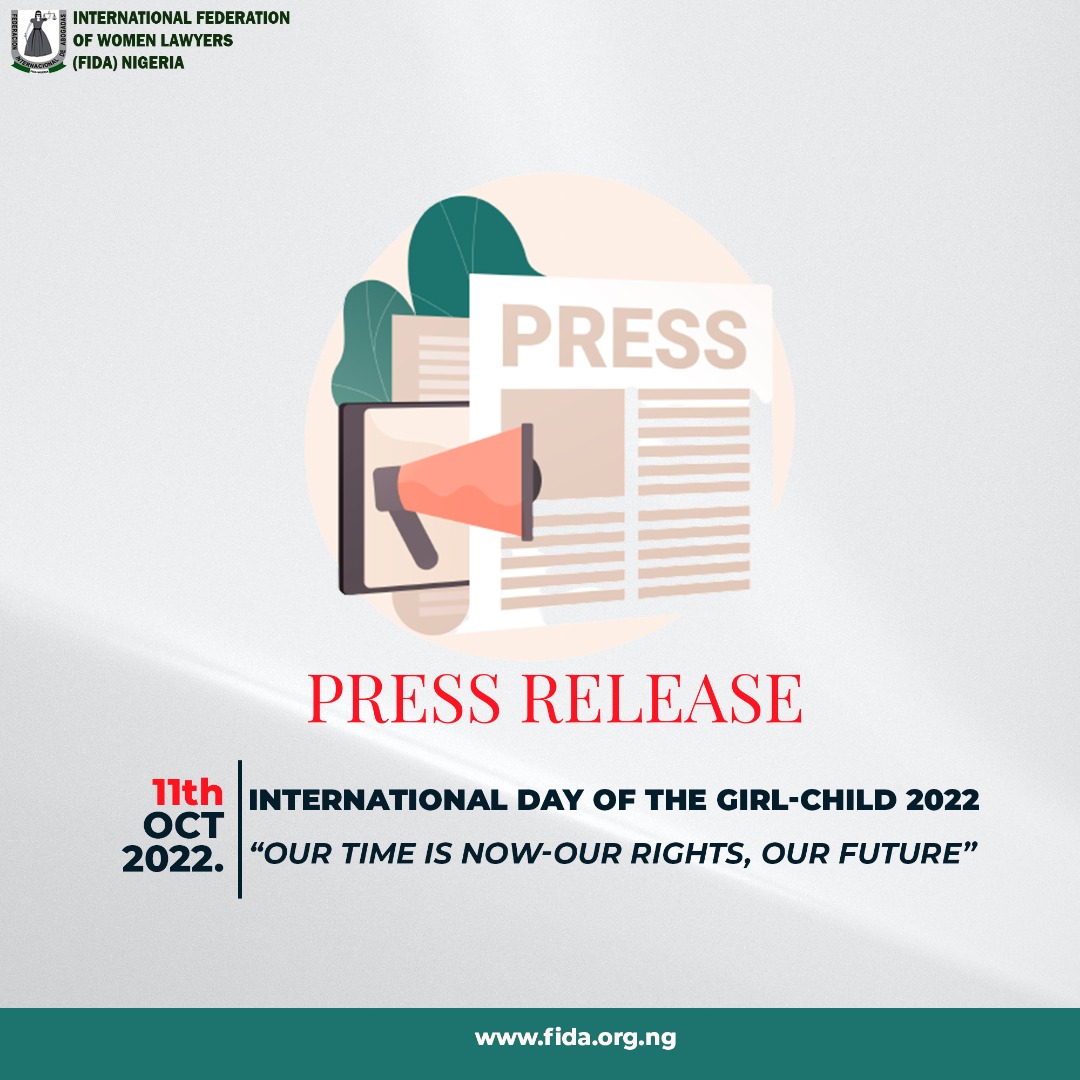 International Day of the Girl-Child 2022 “Our Time is Now-Our Rights, Our Future”

In commemorating this year’s UN Day of the Girl-Child, FIDA Nigeria aligns with the assertion of the UN Secretary-General, António Guterres, who posited as follows:

“We need to uphold the equal rights, voices and influence of girls in our families, communities and nations. Girls can be powerful agents of change, and nothing should keep them from participating fully in all areas of life.”

To be born a girl-child in most parts of the world comes with its own disadvantages and difficulties which are increasingly faced by females in a world that is progressively biased towards the rights and future of the girl-child. This holds true particularly as it relates to the opportunities available to the girl-child, who appears to have the deck stacked against her and fewer chances to excel. One glaring constraint is the lack of access to affordable, inclusive, and qualitative education which is a basic right.

There has been increased attention and focus on issues that affect the girl-child, yet sadly this does not in reality translate to investments in the wellbeing and actualization of the rights of the girl-child, with women continually being victims of discrimination and under-represented in all spheres of the society, further made worse by the gradual increase in humanitarian crises around the world of which the female child is at worst risk.

Closely related to the above is the issue of gender inequality and gender discrimination, which are huge social problems facing women all over the world, and a barrier to human development.

Despite the myriad challenges which have lifelong consequences for the girl-child and the society at large, the resourcefulness and resilience of the girl-child is unmatched, proving time and time again that given the right conditions, opportunities, impetus, the girl-child is a change-driver, changing the narrative towards a better world.

It is without doubt a truism that, when you train a woman you train a nation! Rapid Socio-economic development of a society has been observed to depend on the caliber of women and their education. Education being the cornerstone of all development and the starting point for success, bestows the disposition for the acquisition of knowledge, competence and skills. It increases one’s involvement and participation in the political space while contributing effectively to societal growth and governance.

The importance of girl-child education cannot be over-emphasized as every child deserves to be educated irrespective of gender, religion or disability being a basic human right as recognized by the 1948 adoption of the Universal Declaration of Human Rights.

It is time to further galvanize, spur and engage stakeholders all over the world; government officials, policymakers, other change drivers, to deeply amplify our voices toward providing a fertile, conducive and safe environment devoid of discrimination and filled with opportunities for the girl-child to thrive effectively and achieve her fullest potential.

FIDA Nigeria in addition to the above, also calls for the adoption of non -policy measures i.e change in attitude and perception about gender roles, public enlightenment and sensitization on implication and ills of gender stereotyping and discriminatory practices.

Let us join hands to ensure that the girl-child thrives as she sets to fulfill her potential and take on the world given the right boost, enabling environment, and the platform to make that change. Indeed, our time is Now! Our rights, Our Future!