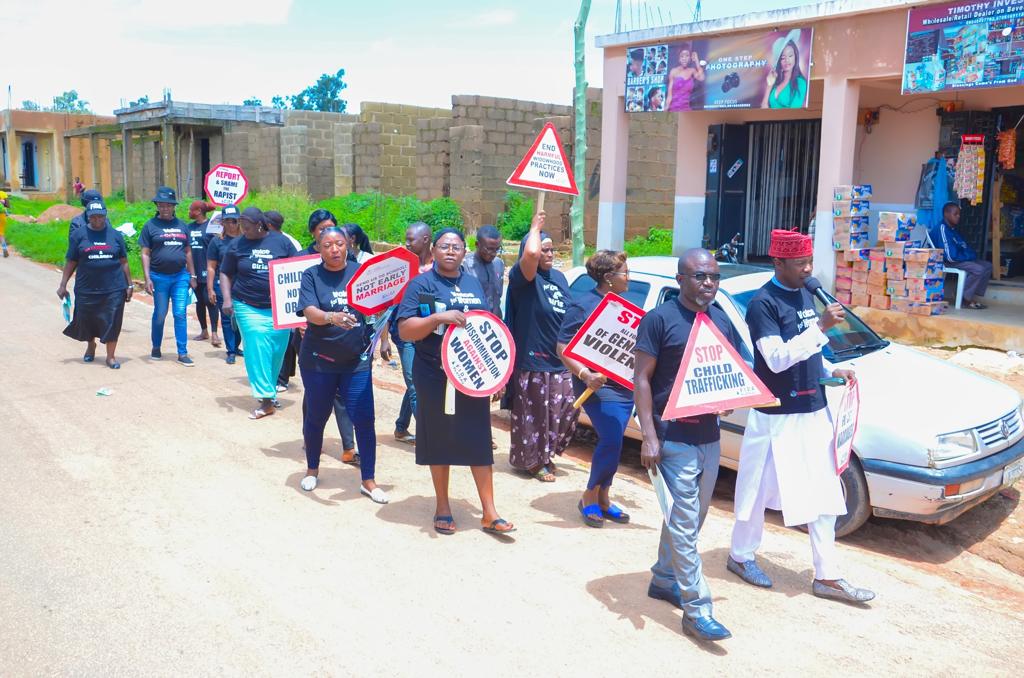 FIDA Plateau on the 6th of July 2022, successfully sensitized the populace of Bukuru-Gyel Community of Plateau State on the rights of women and girls as well as the dangers of violating these rights.

Members of the community surveillance team on GBV earlier constituted on the project were reintroduced to a larger audience of the Jos South Traditional Ruling Council.

FIDA Plateau via her chairperson presented validated copies of the Community Action Plan to the Paramount Ruler of Jos South and members of the Traditional Ruling Council.

The council appreciated FIDA’s efforts toward curbing incidents of GBV in the community and pledged the Council’s commitment to supporting the implementation of the Action Plan. In furtherance of this commitment, the Council allocated an office space to the Surveillance Team to be manned by the Council’s Secretary. This would serve as a safe space where victims/survivors can walk to lodge their complaints.

FIDA Plateau went further to disseminate copies of Community Action Plans to other stake-holding groups across the community.