Dissemination of Action Plans and Community Sensitization, in Ilawe-Ekiti 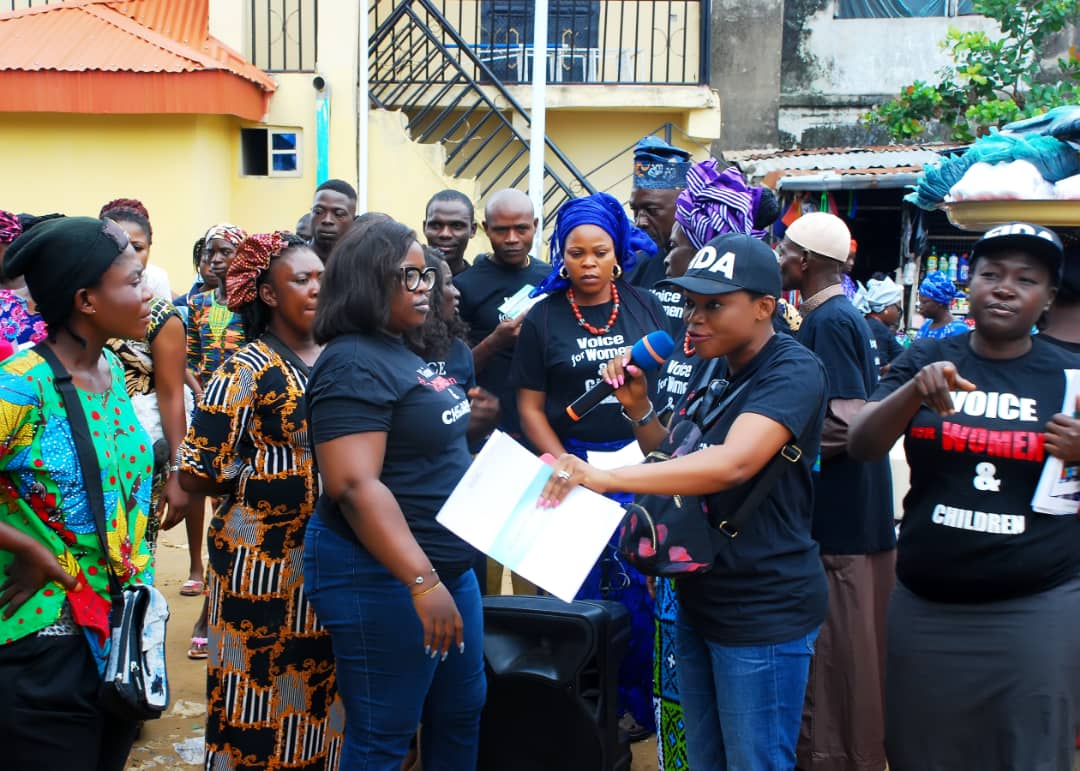 Dissemination of Action Plans and Community Sensitization, in Ilawe-Ekiti

FIDA Nigeria, Ekiti branch with support from Ford Foundation on the 8th of July 2022, conducted a community sensitization in Ilawe-Ekiti by disseminating validated Action Plans and fliers containing articles on Gender-Based Violence.

The members of the GBV Surveillance Team in Ilawe-Ekiti comprising of Traditional Leaders, Religious Leaders, Market Chiefs, Commercial Transporters, the Nigerian police force, Nigeria Security and Civil Defence Corps (NSCDC), and The Head of Primary Health Care(PHC). were formally introduced to the Oba.

FIDA Ekiti Chairperson gave a summary of the project and its impact on Ilawe-Ekiti Community after which copies of the Validated Action Plan, Fliers, and Consent Form were distributed to the Representative of the Monarch.

The High Chief in his remark thanked Ford Foundation and FIDA for choosing the Community for implementation of the project. He read out the content of the Commitment Form and signed same subsequently.

FIDA Ekiti and the GBV Surveillance Team thereafter went into the marketplace where they were introduced to the Community.

The Community were sensitized in Yoruba and Igbo Languages as well as Ekiti dialect. The Validated Action Plan was conspicuously hung at a strategic position where members of the community can read.

Subsequently, The team went to Ekiti State Girls Model College for sensitization where we had an audience of over 200 students. It was a highly interactive session with the students and teachers. Copies of the Validated Action Plan and fliers were donated to the school for its library. It was indeed an impactful outing.

FIDA Nigeria Post-Election Statement on the 2022 Osun State Governorship ElectionPrev
FIDA Nigeria Memo Presentation at the Public Hearing on 7 bills, Including the VAPP and ACJA BillNext