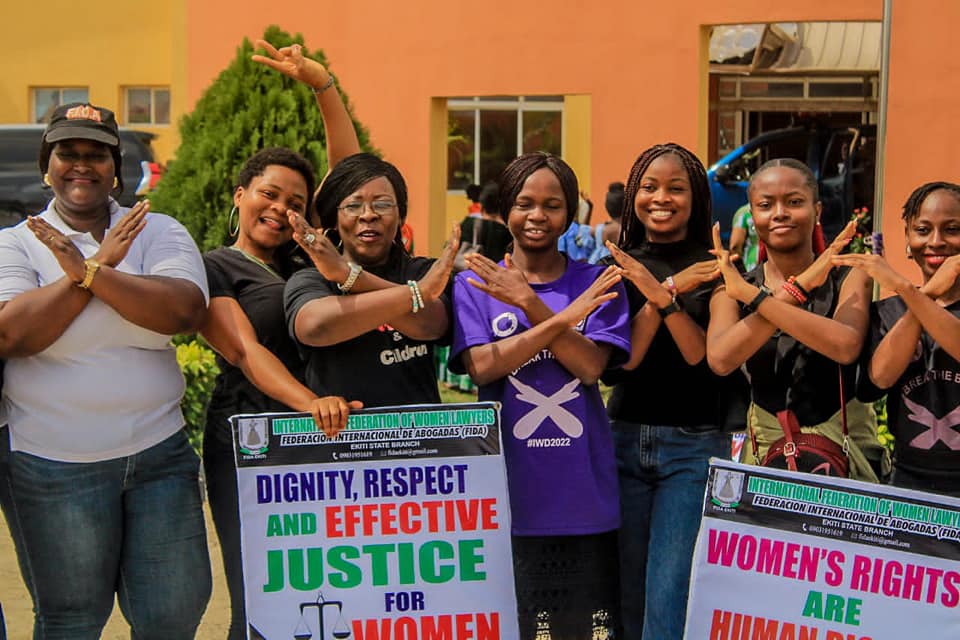 On Tuesday, the 8th day of March 2022, The International Federation of Women Lawyers (FIDA) Ekiti State Branch celebrated International Women’s Day with the theme: Gender Equality Today for A Sustainable Tomorrow
FIDA Ekiti ably led by the Chairperson; Oyinade Olatunbosun celebrated the day with a Public Sensitization at Erekesan Market (the King’s market)
The delegates were overwhelmingly received by the Market Women and their male counterparts.
The Traders were sensitized on: