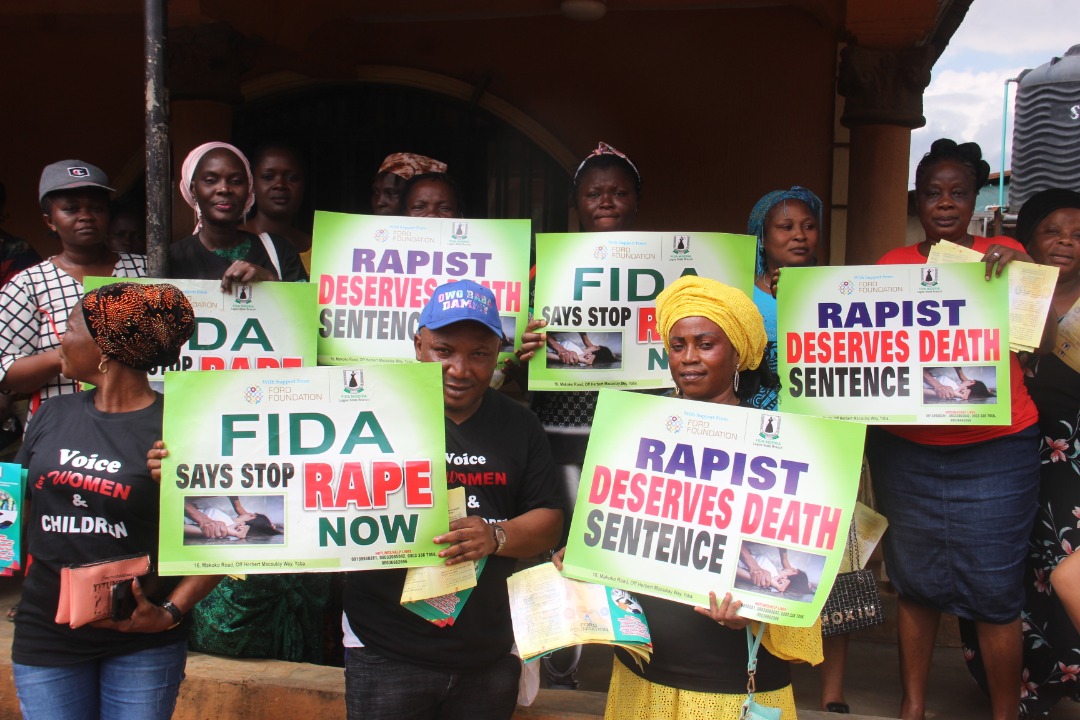 Community sensitization is an effective way of providing first-hand, reliable information to communities, to this end, FIDA Nigeria, Lagos State branch on the 6th of September 2021, successfully carried out her first sensitization/awareness campaign under the Ford Foundation project at Odugunyan/Odonla community Ikorodu, with the theme: “Community Actions to address Gender-Based Violence and Social Norms and Values that Entrench Violence Against Women”.

To kick start the campaign was a brief introduction of FIDA and Ford Foundation to state the essence of the awareness campaign.

The Odongunyan Grammar Schools, both Junior and Senior Secondary, the markets and the streets of the community were all sensitized.

During the campaign, ad-hoc legal clinic, for men, women, and students was carried out issues related to gender-based violence were reported and attended to, also inviting them for the next legal clinic session. The impact was massive.

A Night of Tribute in Honor of Dr. Hauwa ShekarauPrev
Northern Youth Council of Nigeria Honors Rhoda Prevail Tyoden in Recognition of her Service to HumanityNext