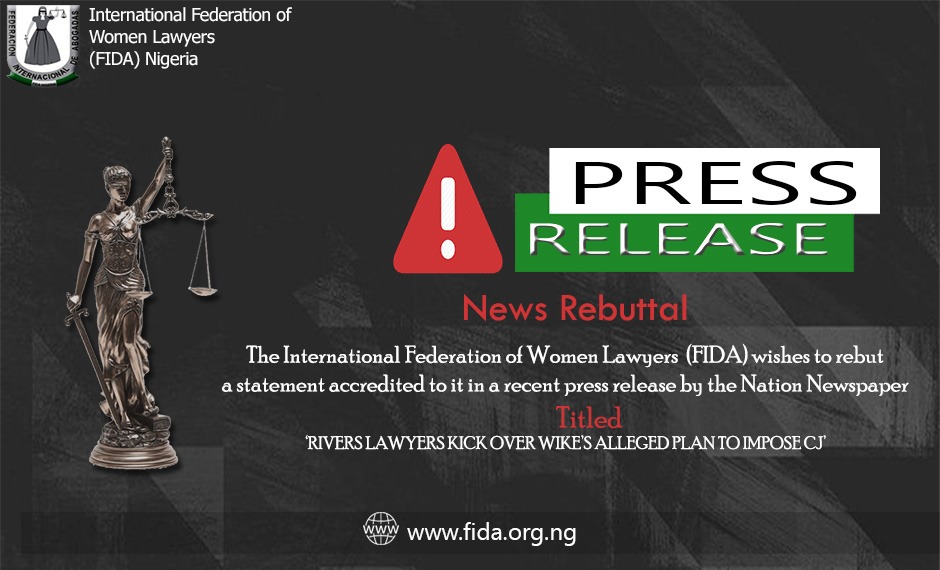 The International Federation of Women Lawyers (FIDA) wishes to rebut a statement accredited to it in a recent press release by the Nation Newspaper titled ‘RIVERS LAWYERS KICK OVER WIKE’S ALLEGED PLAN TO IMPOSE CJ’ dated March 23, 2021.

One Chinyere Okoroafor asserted that a group under the aegis of the International Federation of Women Lawyers (FIDA) asked Governor Wike not to approve the recommendation and appointment of Justice Simeon Amadi as Chief Judge.

We categorically state that the International Federation of Women Lawyers (FIDA) did not at any time release such a statement neither did we authorize any of our Officers both at the National and Branch levels to issue such a statement. We, therefore, disassociate ourselves with this press release. FIDA undertakes due diligence in airing her view and always prefer the option of dialogue before the release of a press statement.

We, therefore, appeal to the public and all persons mentioned in the press release to note this rebuttal.