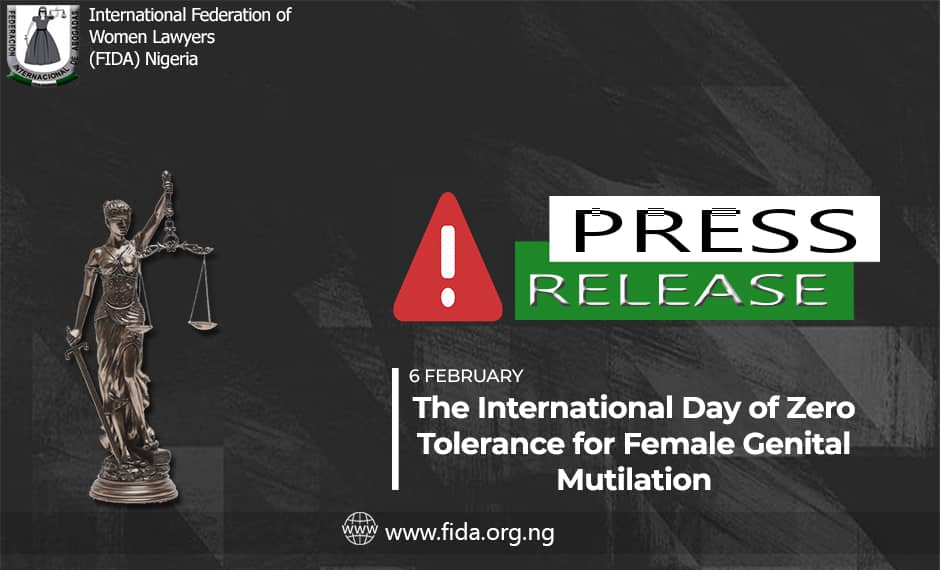 FGM or otherwise called female circumcision is principally practiced in the South South, South East and South Western parts of Nigeria; this cruel and dehumanizing practice is hinged on erroneous cultural and traditional religious myths and practices

The resultant effects cause grave health challenges with long term physical, social and phycological consequences on the woman and girl child; the thought of such practice which even causes some to take preemptive steps by seeking asylum in foreign lands as a form of escape

We declare that the practice of FGM:

violates human rights, especially the Infringement of laws against nondiscrimination and freedom from cruel and degrading treatment.

is a form of torture, sexual assault and cruel treatment therefore violence against girls and women

denies one of the right to life in cases where the victim loses her life in the process.

Therefore, we must all unite to:

Educate and sensitize the general public on the evils and dangers of FGM and its negative effects on our girls and women while pushing forward good values of protecting women from harmful practices and treating them with dignity and respect.

Change cultural norms and practices which are repugnant to equity, good conscience and social justice, adoption of the Violence Against Persons Prohibition (VAPP) Act 2015 in all states, which expressly prohibits female circumcision or genital mutilation.

We call on faith-based institutions and traditional leaders to also speak out against FGM and quell the myths surrounding it.

FIDA Nigeria appeals to all levels of Government (Federal, State, and Local) to show political will and commitment to this cause as we demand a prompt, holistic and integrated national action plan involving all key stakeholders, to end FGM and such practices in our communities and country.

Let us all unite for prompt action to end FGM