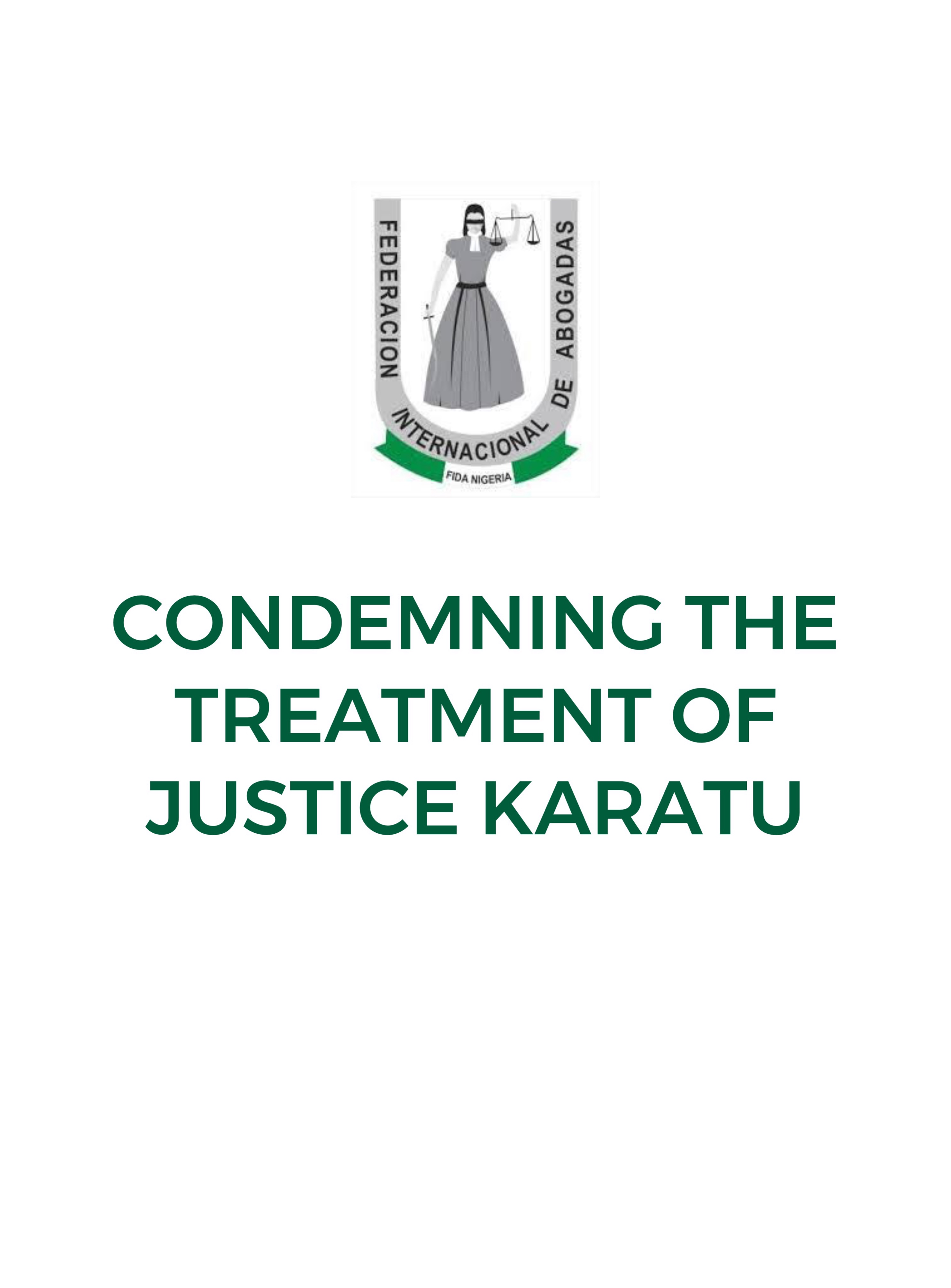 The International Federation of Women Lawyers (FIDA) Nigeria is disheartened by the viral video which shows Justice Elizabeth Karatu, Justice of the High Court of Kebbi State, being prevented from entering the courtroom by a staff of the Civil Defense Corps. The video is a depressing depiction of the lowly regard that is had for the law and for the judicial arm of government, in this country.

In the viral video, Justice Karatu can be heard explaining to the Corps officer that she only wanted to deliver her judgements as she still had one more day before her retirement was to take effect, to which the officer responds that he is working on instructions from management and that she should speak to them. As a result, Justice Karatu was prevented from entering the court and consequently, innocent people were denied their right to a prompt and fair trial.

In response to the video, the Commandant General of the Civil Defense Corps, Abdullahi Gana Muhammadu has said that the Corps officer was only trying to prevent the court room from being vandalised, as the court room was under lock and key. It is contended that such an excuse is belittling of the Judge’s position in the court. It is worth noting that a few months ago, Justice Karatu was denied confirmation as Chief Judge of Kebbi state on allegations that her primary school certificate was altered. Alternative allegations suggest her denial was based on her religious beliefs, since she is a Christian and the people of Kebbi State are predominantly Muslim.

As is stated in the preamble of the Code of Conduct for judicial officers, “an independent, strong, respected and respectable Judiciary is indispensable for the impartial administration of Justice in a democratic State”. The treatment of the most senior judge in the state, a day before her retirement, highlights a lack of respect and regard for her position as judicial officer of the state. The saga surrounding the denial of Justice Karatu’s appointment, coupled with the embarrassing treatment depicted in the video point to the larger issue of the denigration of the judiciary in Nigeria. The viral video just throws light on how the integrity and high status on the third arm of government is being ridiculed.

As an organisation with a mandate to promote, protect and preserve the rights of women and children, FIDA Nigeria further contends that the treatment of Justice Karatu also points to the marginalisation and discrimination against women which is evident in various spheres of the Nigerian society. Unfortunately, the courts of justice are not even exempt from this. From female judges like Justice Nyako being divested of cases as a result of their husbands trials, to female judges like Justice Karatu who are hardhanded out of office, reports suggest that the treatment of female judges has been discriminatory. FIDA Nigeria uses this opportunity to call for an end to the discriminatory and disrespectful treatment meted out on Justice Karatu and other female judges in Nigeria.

FIDA Nigeria joins the Nigerian Bar Association in calling for an end to the intimidation and harassment of judicial officers all over the country and for further investigations to be made into the incident.