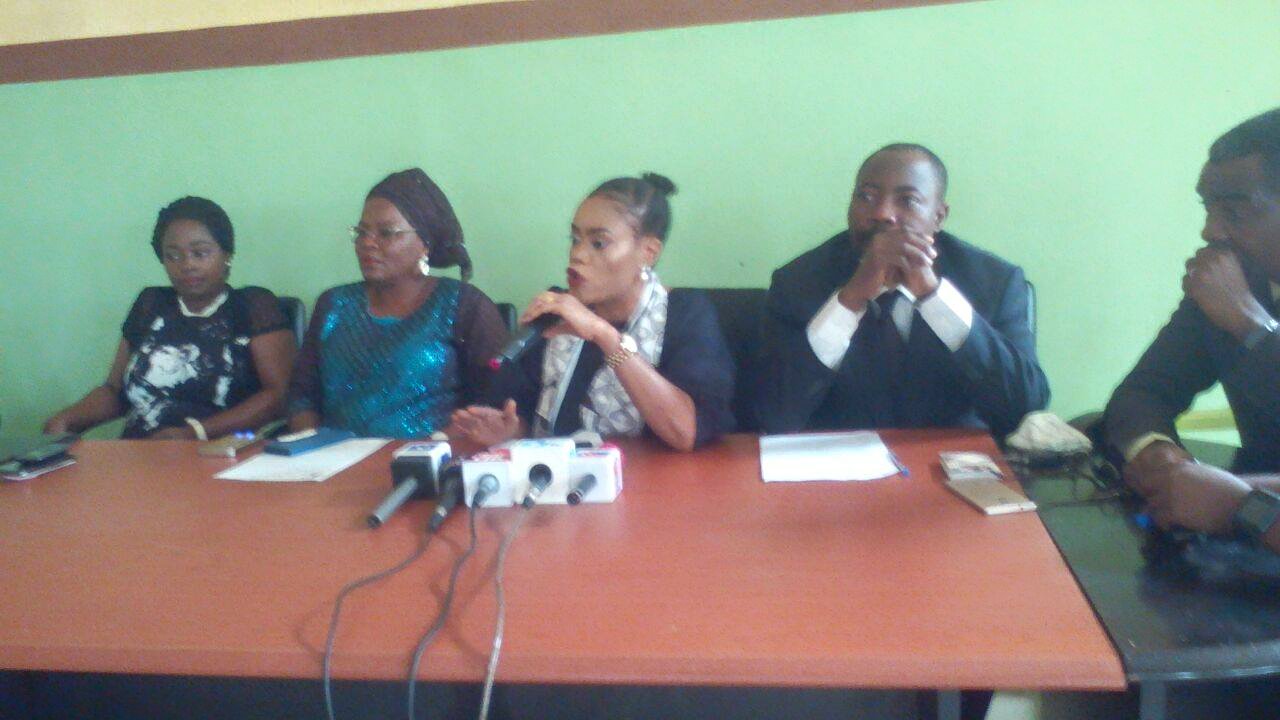 FIDA Ekiti in conjunction with the Human Rights Committee of the NBA Ado-Ekiti today 22nd March, 2017 held a press briefing on the inhuman treatment meted to one Mrs. Adeyeye and her two months old baby by some police officers in Ekiti State.

Good morning to all the honorable women of Ekiti State gathered here. All our fathers, husbands and brothers hereby present we specially welcome you and say a big thank you for finding time out of your busy schedules to listen to our heart aches this morning .

It has come to our official notice that one Mrs. Toyin Adeyeye was assaulted and detained along with her two months old baby by police officers believed to be attached to the New Iyin Road Police Station, Ado-Ekiti, Ekiti State.

We condemn this unfortunate incident in its totality and declare that No Ekiti woman deserves to be so shamefully maltreated and No innocent child should be so dangerously exposed.

This is coming from our background as one State in the whole of Nigeria that went all out recently precisely on the 8th of this month to publicly declare it’s support to promote and protect women’s rights.

We appreciate the prompt intervention of the Ekiti State Govt in particular HE, Gov Ayodele Fayose who has ordered for a thorough investigation. However,the Ekiti State Command has flagrantly disobeyed and disregarded this order.

We observe with disdain the efforts the police is making in covering up the lawlessness of its officers and the injustice to a law abiding Ekiti woman and her child.

Should we as women bodies and Human Rights advocates fold our hands and shut our mouths in the face of this civilized tyranny? Should we allow the intentional and calculated brutality of an innocent woman and her two months old baby? Should we carry on our lives and pretend she deserves what she got for refusing to senselessly share her hard earned money with security officials? Should we continue to look on as injustice is done to one of us?

Ekiti women are saying NO to all forms of violence on Women and Children. We here and now make the following demands;

1. We demand for an immediate independent thorough investigation into the matter as already requested by the HE, Gov Ayodele Fayose.

2. Upon the conclusion of this investigation that all persons found culpable to be immediately prosecuted and brought to justice.

3. Training and Re training of officers of Ekiti Police Command on the Ekiti State Gender Based Law 2011 and on the need to treat all citizens of Ekiti particularly Ekiti women with all the respect and dignity they deserve.

I am sure we all know that the whole world is watching Ekiti concerning this matter. We call on necessary authorities to ensure we do not miss this opportunity to speak up against official brutality and lawlessness in our society.

We appreciate each and every woman and man for sparing the time to come out to say NO to all forms of violence against women.

In attendance at the press briefing were representatives of women professional bodies, NGO’s and Human Rights Associations such as :
1. NAWOJ
2. NCWS
3. Women in Colleges of Education
4. Members of the Press
5. Iyalojas
6. NLC women wing among others