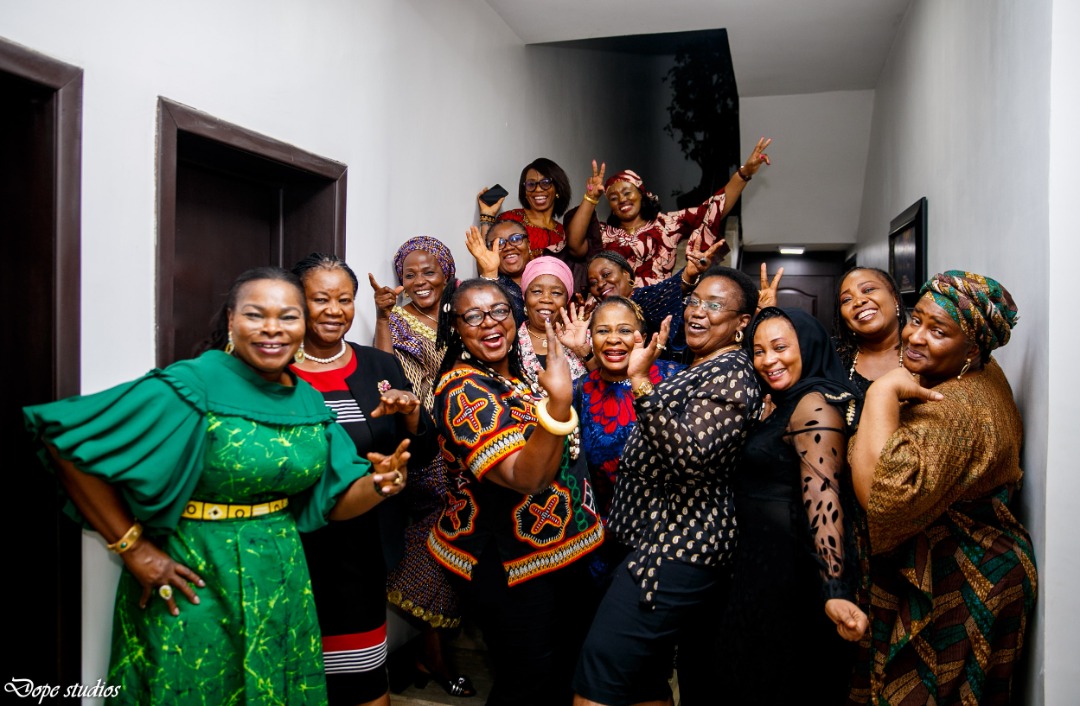 The International Federation of Women Lawyers (FIDA) led by her International Director, Ezinwa Okoroafor recently hosted a night out with FIDA International Historian and Country Vice President (CVP) of FIDA Cameroon, Gladys Mbuya in Abuja. Gladys was accompanied by Ramatu Abdu, Coordinator of the Association for the Welfare of Women and Indigenous People of ASOWWIP Cameroon. 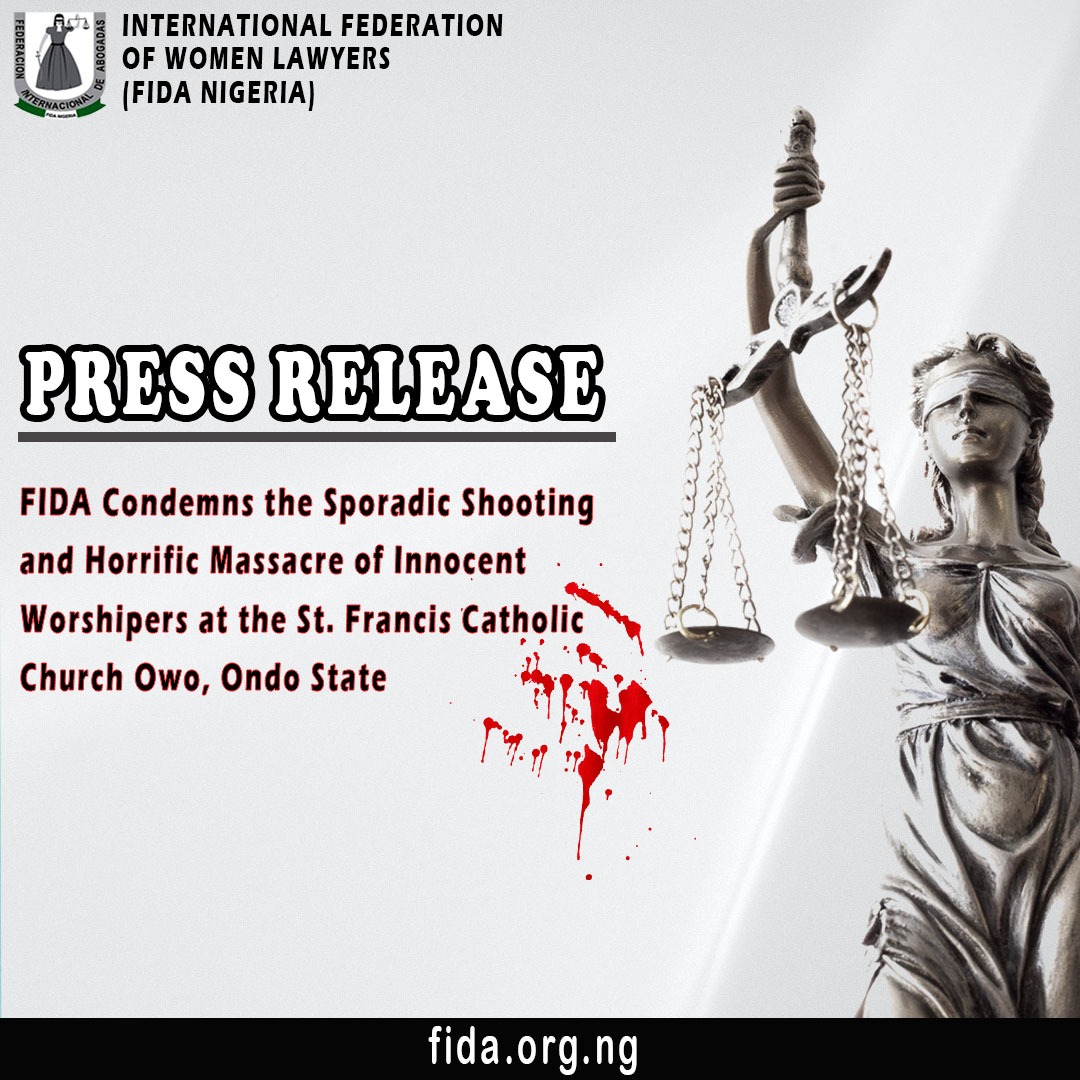 Another bloody weekend in Nigeria where yet again innocent citizens, this time worshipers in church on a Sunday are in broad daylight gunned down by unknown gunmen for no just cause, resulting in the great loss of many lives while leaving several others wounded, not to mention the wanton destruction of property and breach of peace at a place of supposed sanctuary and refuge where worshipers assemble

The government, its agencies and officials cannot continue to pay lip service to the terrible plight of Nigerian citizens when they are sworn to protect and defend them. We are tired of hearing government’s excuses and condemnation of the evil activities of criminals. We demand decisive action from them

The dastardly act of the sporadic shooting at the congregation of St. Francis Catholic Church, Owa-luwa Street, Owo Kingdom, in Ondo State is a shame on the government who have once again failed her citizens

FIDA Nigeria is greatly saddened by the high rate of ongoing killings due to religious intolerance in many parts of the country. This is a major threat to the basic human rights of Nigerians, consequently, government must put an end to this menace

Nigerians being entitled to freedom of thought, conscience, and religion as well as the right to freedom from discrimination on grounds of religion must be protected from such attacks steered at depriving them of the enjoyment of their rights as enshrined in the Nigerian Constitution

Government must similarly live up to the expectations of defending and protecting her citizens, especially as the recent security situation in Nigeria has continued to grossly deteriorate, leaving confusion, disorder, breach of peace, and security as the new order of the day.

This is intolerable as Citizens are entitled to enjoy their right to life and property. We must appreciate that without peace and social order, there cannot be stability, growth, and development. As such, our people cannot reach their full potential, and this is a great loss and a tremendous disservice to the nation.

FIDA Nigeria condemns this attack (on the worshipers and the church) which is one too many in Nigeria and demands that the culprits be arrested and made to face the full wrath of the law.

FIDA Nigeria commiserates with the families of the deceased and the good people of Owo, Ondo State, we urge the Federal Government and the State Government to spare no effort in bringing those responsible for these heinous crimes to justice 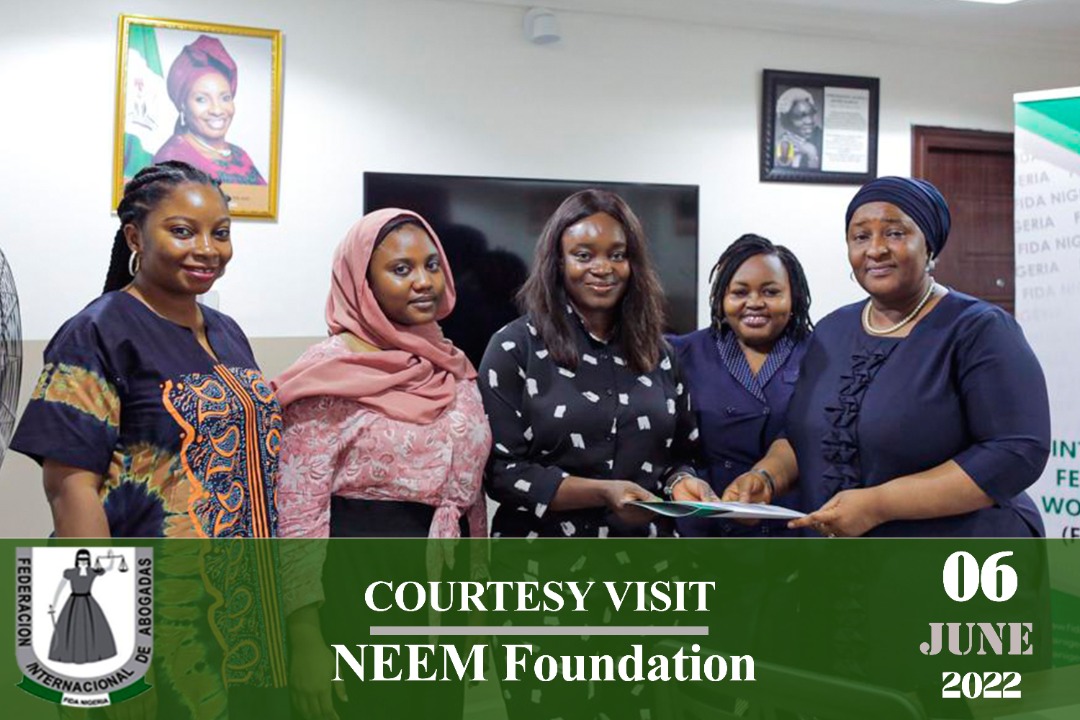 On the 6th of June 2022, FIDA Nigeria received a delegation from NEEM Foundation. The courtesy visit was aimed at re-establishing a working relationship with FIDA Nigeria on the re-opening of the One-stop centre with support from UNFPA.

The Country Vice president in her remarks commended the NEEM Foundation and UNFPA for coming. The CVP however expressed her concerns for the continuity of the One-Stop Centre after the duration of the project and a need for survivors to trust the structure to outlive project lifecycle. She however pledged the unwavering support of FIDA Nigeria in rejuvenating the Centre whilst providing free legal representation to the Centre’s clients. 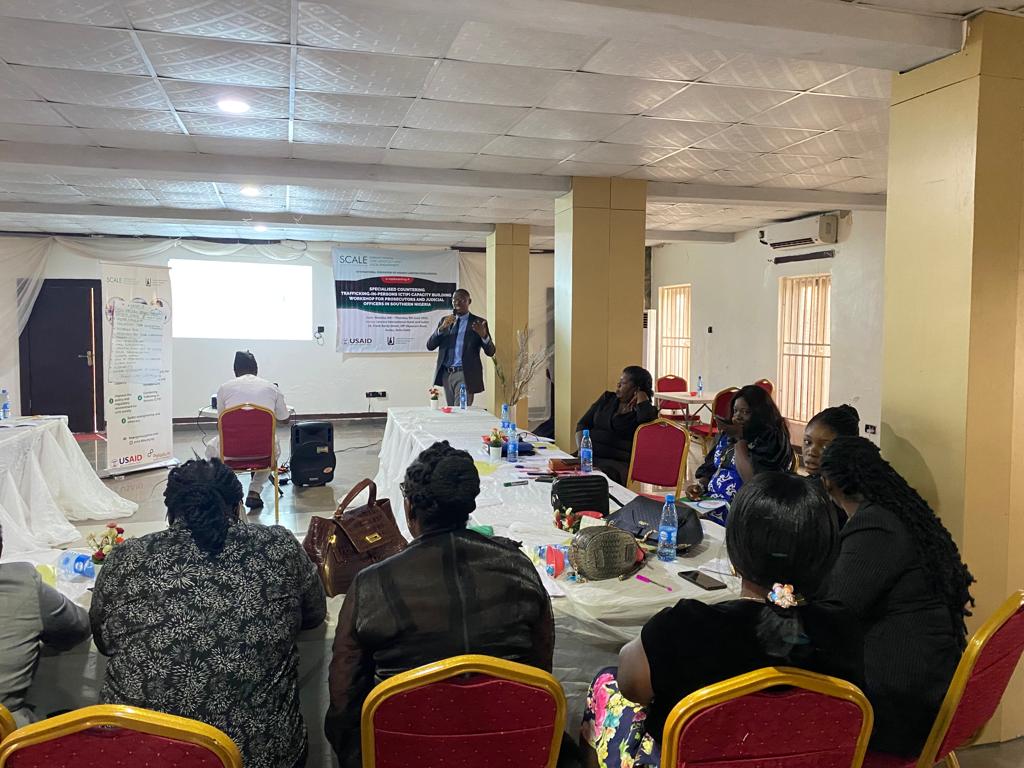 FIDA Nigeria with support from USAID under the Palladium SCALE project organized a capacity-building workshop for Prosecutors and Judges on countering trafficking in persons. This was a four-day intervention between 6th June – 9th June 2022, With participants drawn from Delta, Osun and Ebonyi States.

As a result of the training and to ensure the sustainability of the program, FIDA has established a working group in form of a Network Sector for all trainees. The aim of the group is to apply strategies in seeing to the mitigation of trafficking in persons in their respective states.

The four-day training came to an end with presentation of certificate, participants were charged to apply the training in curbing incidences of trafficking in persons. 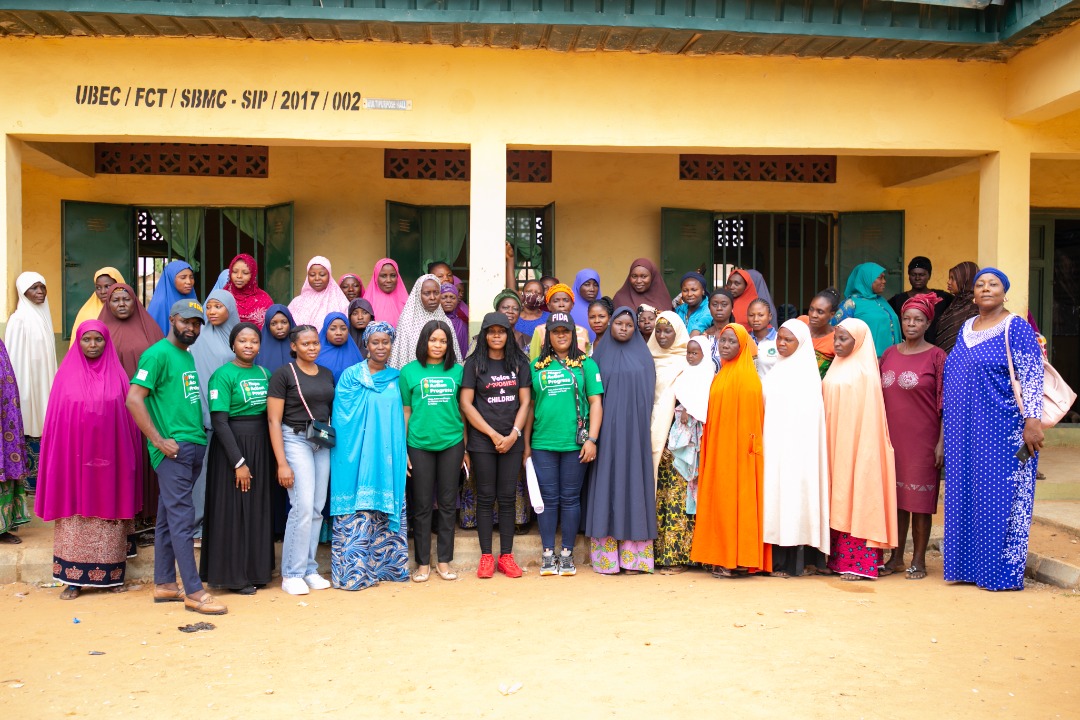 As part of activities under the We-YOU Pro project, FIDA Nigeria on 26th May 2022, concluded a three-day sensitization campaign conducted in six communities across 3 Area Councils of the FCT namely, Kuje (Bamishi, Kuchiyako), Bwari (Dutse Alhaji and Gaba Tudu) and AMAC (Jahi 1, Jahi 2).

The FIDA team was led by the Assistant Programme Manager Ezinwa Obiajunwa alongside other staff on the project. Participants demonstrated their understanding by asking very relevant questions. 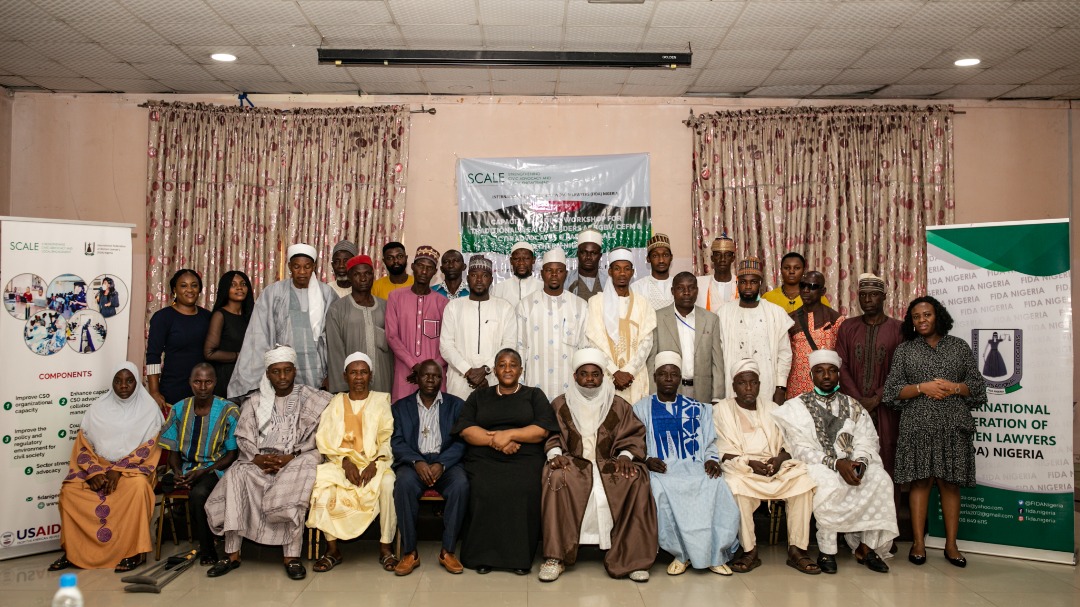 FIDA Nigeria, under the @SCALENigeria project implemented a two-day Capacity Building Workshop in Abuja, for Traditional & Faith Leaders across three states in Northern Nigeria (Bauchi, Katsina, and Abuja) to discuss preventive and responsive strategies on issues of Sexual and Gender-Based Violence, Child Early/Forced Marriage, and Trafficking in Persons. Trainees are to serve as paralegals and as SGBV/CEFM/CTIP advocates in their various communities. 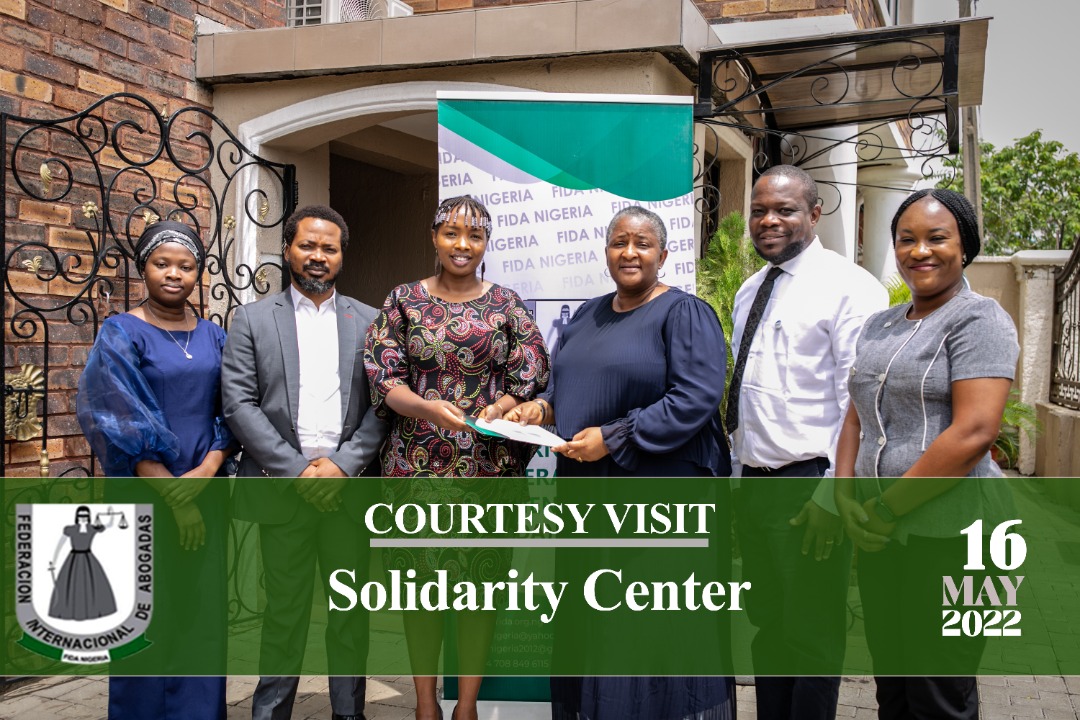 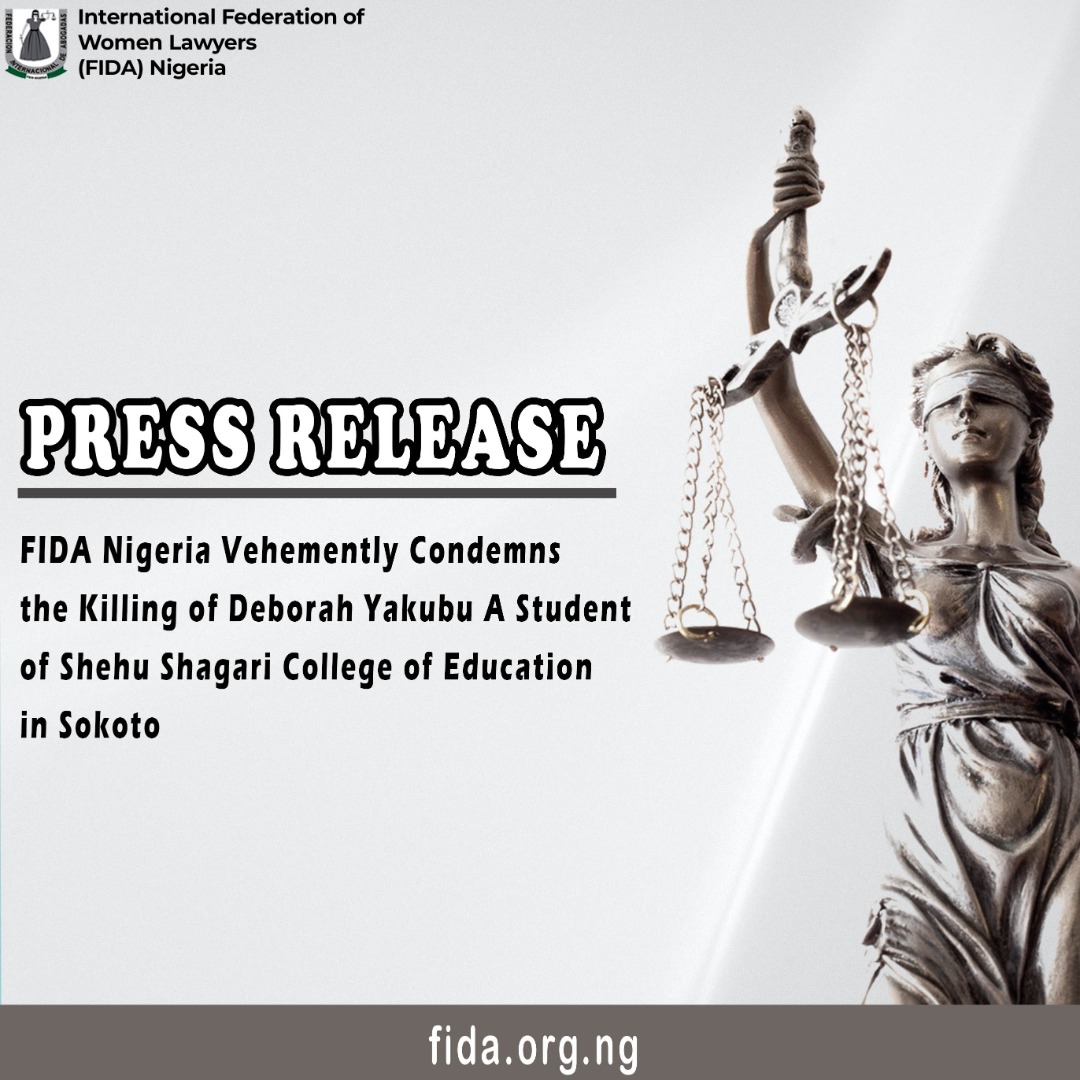 As a nation we must respect and value human life, FIDA Nigeria is greatly saddened by the reported gruesome killing and burning of Deborah Yakubu, a 200-level Home Economics student of Shehu Shagari College of Education in Sokoto, North-West Nigeria.

Reports suggest that she was violently stoned to death and later set ablaze by the angry mob, who are mostly students of the college because of her beliefs. FIDA Nigeria strongly condemns this condemnable Act.

Section 33(1) of the Constitution of the Federal Republic of Nigeria (CFRN), 1999, provides that “every person has a right to life, and no one shall be deprived intentionally of his life, save in execution of the sentence of a court in respect of a criminal offense of which he has been found guilty in Nigeria”.

Furthermore, Section 38(1) of the Constitution makes provision for the citizen’s ‘freedom of thought, conscience, and religion, including the freedom to change his religion or belief, and freedom (either alone or in community with others, and in public or private) to manifest and propagate his religion or belief in worship, teaching, practice, and observance.’

FIDA loudly calls for urgent action to investigate this deplorable incident and to hold those responsible to account. We must work together to ensure that all offenders are brought to justice and adequately punished in line with our laws, so it serves as a deterrent to others.

Government must as part of its responsibilities carry out aggressive advocacy and sensitization programs to educate the society about these rights and freedoms every Nigerian is entitled to enjoy, stressing respect for individual rights, cooperation, understanding, and tolerance

FIDA sincerely commiserates with the family of Ms. Deborah.

FIDA Nigeria remains committed to the promotion, protection, and preservation of the rights of women and children in Nigeria. We exercise our mandate through the provision of free legal representation for indigent women and children and also by advocating for gender-friendly reforms of the law. 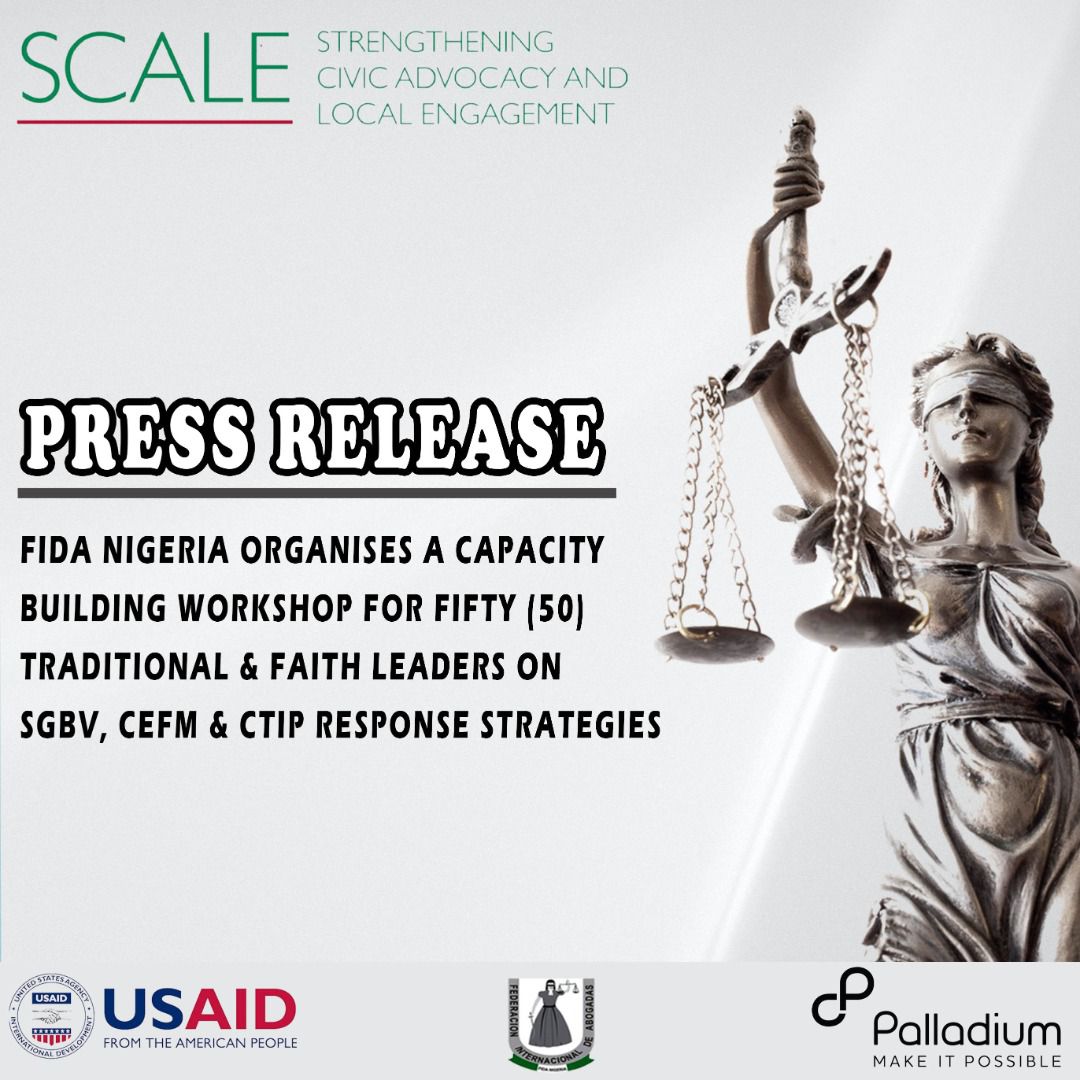 FIDA Nigeria in collaboration with Palladium under the SCALE (Strengthening Civil Advocacy & Local Engagement) Project which is being supported by USAID is strengthening the capacity of fifty (50) traditional and faith Leaders on SGBV, CEFM & CTIP prevention and response strategies across twenty-four (24) local communities where these issues are prevalent.

In a statement by her Programme Manager, Mr. Fikih Obaro, he stated that these training will hold in the month of May 2022 in Delta and the Federal Capital Territory and is meant to increase gender-sensitive information and awareness-raising on the menace because Traditional and Faith Leaders are uniquely placed to prevent SGBV & CEFM where they are domiciled, given their understanding of the local context, and having native knowledge of predisposing factors & practices that encourage and allow SGBV, CEFM, and TIP to thrive. These 24 communities cut across six states namely Delta, Bauchi, Katsina, Ebonyi, Federal Capital Territory, and Osun States respectively.

It is our expectation that at the end of this training workshop, traditional and Faith Leaders will be well equipped to serve as advocates and paralegals which will transcend in the development of byelaws in preventing this menace. Furthermore, they will be able to institutionalize and establish coordinated response and referral pathways in tandem with Law Enforcement agencies towards ensuring arrests and prosecution of perpetrators of these crimes, while working with state actors to create a gender sensitive& protective environment for survivors. 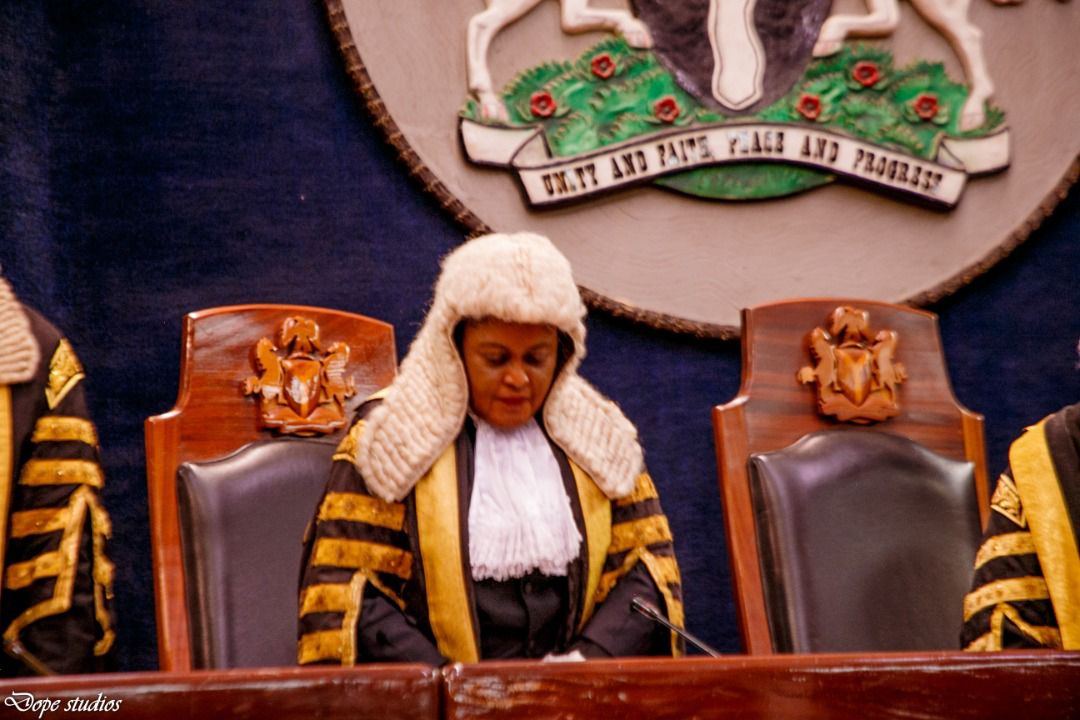 Along with dignitaries from all walks of life, members of the International Federation of Women Lawyers (FIDA) Nigeria turned out in their numbers to grace the valedictory session of Hon. Justice Mary Peter Odili who bowed out of the Supreme Court of Nigeria on Thursday, May 12, 2022.

From a lowly Magistrate Grade 3 in 1978, Justice Odili, daughter of a former Chairman, Nigerian Bar Association (NBA) Owerri Branch, Eze Bernard Nzenwa, rose to the highest court in the land — the Supreme Court of Nigeria — in 2011.

Below are photos of the event.