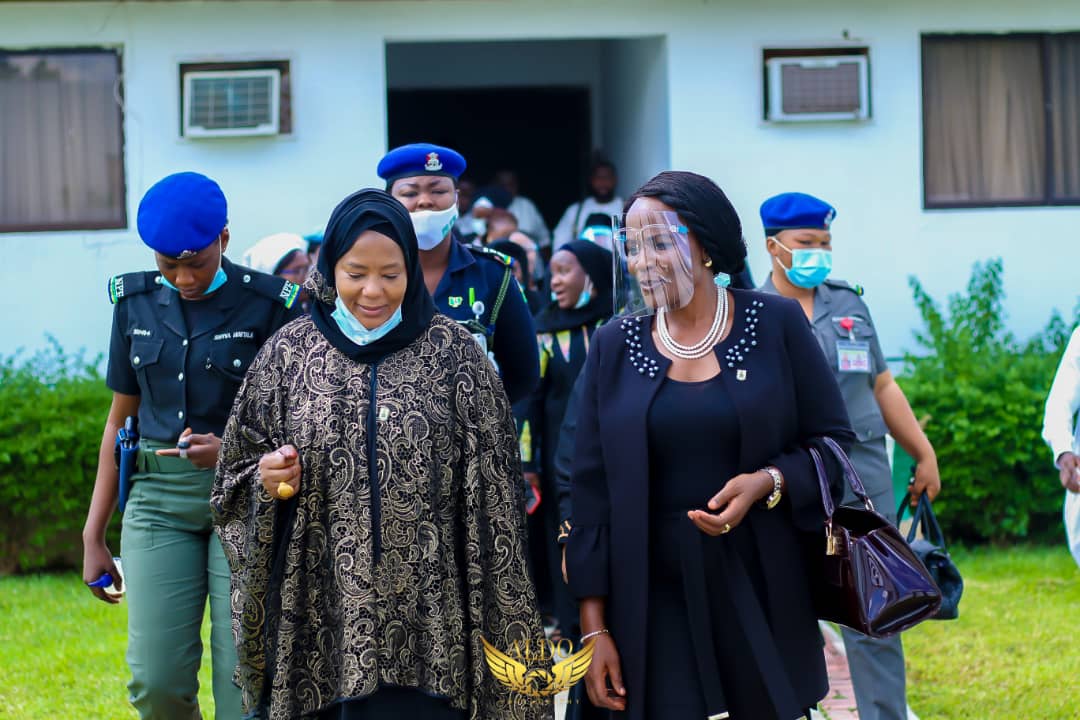 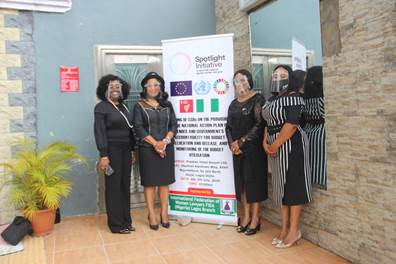 FIDA Nigeria, Lagos State branch on July 6th and 7th , 2020 held her Capacity building workshop on training of CSOs on the National Action Plan on Gender and Government’s Accountability for Budget Allocation and Release, and Monitoring of the Budget Utilisation.

The keynote speaker Mrs Josephine Effah-Chukwuma a leading Activist on gender based violence and women’s human rights in Nigeria and currently the Executive Director of Project Alert on Violence against women and support victims in Nigeria, stressed on the basic objective of the training, which  was on how to hold the Government’s accountable for budget allocation and release, monitoring of the budget’s utilization and Gender Responsive Budgeting for VAWG/GBV/HP. 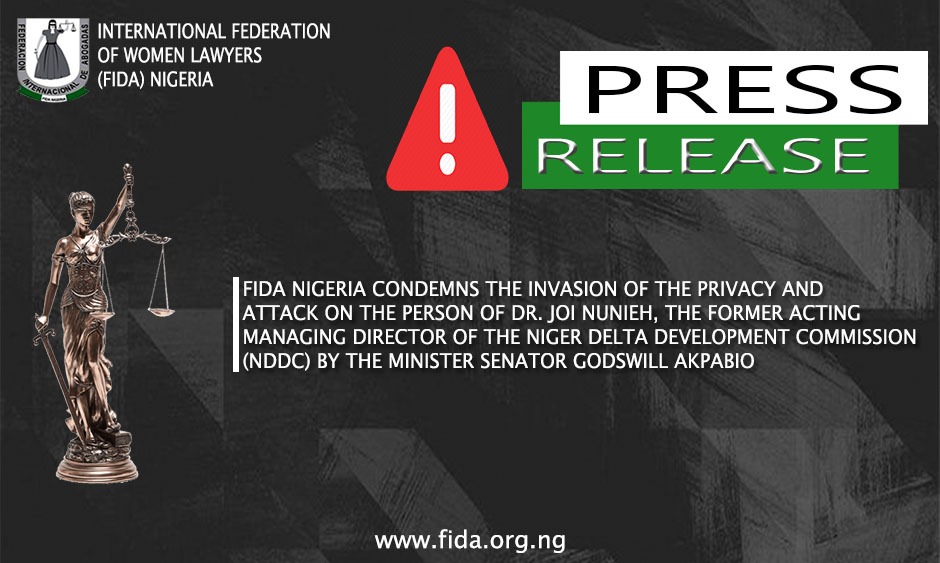 The unfolding events, allegations and counter-allegations have been most unfortunate, unbelievable and damning, completely shocking to Nigerians. The fight between key officers of the commission and the supervising ministry is a show of shame at a time when most Nigerians are challenged by the effects of the Covid-19 Pandemic.

There are laid out protocols, processes, procedures and proper channels to tackling grievances, conflicts and disputes within corporations without removing the confidence of the people in the institution set up to offer succor to the people.

We demand responsibility, decorum and accountability from our leaders and persons in authority. Best practices must be used in all dealings.

Accordingly, a person’s gender and marital status in life are of no consequence to how efficient and meritorious their service and work culture would be.

Section 42(1) (a) (b) of the Constitution of the Republic of Nigeria provides that no one should be discriminated against by reason of ethnic group, place of origin, sex, religion or political opinion arising out of any law in force in Nigeria or any executive or administrative action of the government

Reference can also be made to the Convention on the Elimination of All Forms of Discrimination Against Women, an international treaty adopted in 1979 by the United Nations General Assembly for which Nigeria is a signatory. These provisions cannot be undermined.

FIDA Nigeria condemns in its entirety the invasion of the privacy and attack on the person of Dr Joi Nunieh, the former acting Managing Director of the Niger Delta Development Commission (NDDC) by the Minister of the Niger Delta Affairs, Senator Godswill Akpabio.  Senator Godswill Akpabio has by these actions breached his oath of office and Section 42 of the Constitution which forbids discrimination on the basis of sex and the provision of Convention on the Elimination of all Forms of Discrimination Against Women (International Treaty) which Nigeria is a signatory.

Similarly, all allegations of sexual harassment, assault and violence must be investigated. These are weighty allegations which must not be covered up particularly at a time when a State of Emergency has been declared by the Federal Government against all forms of Gender-Based Violence (SGBV).

FIDA stands to defend and advocate for the protection of all human rights. Therefore, a woman’s pride, respect and dignity must be assured against any form of discrimination and abuse; we totally reject any assault on womanhood.

Women should not be ridiculed nor any aspersions cast on them by reason of measuring their success or failure at work or in life on the basis of their private matrimonial status. There is no proof to support that marriage ensures proficiency of women in their workplace. The insinuation is in itself derogatory

We call on President Muhamadu Buhari to promptly intervene in this matter to ensure a prompt resolution to this crises; the prosecution and punishment of all who have a case to answer and the need to put in place measures to reform the NDDC so the people of the Niger Delta can still enjoy the benefits which ought to accrue to them in terms of development and progress.

Justice must be seen to be done. 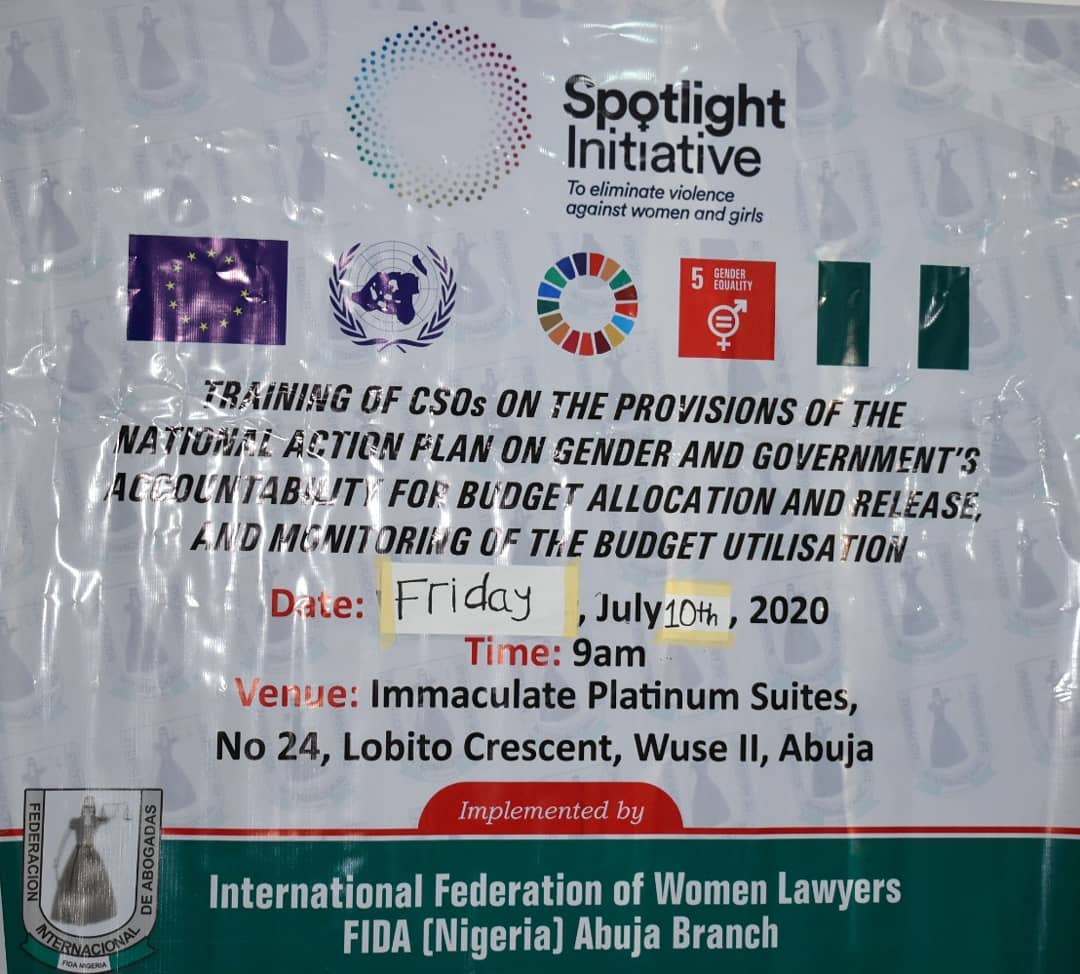 As part of efforts to grow and sustain partnerships in the fight against Sexual and Gender based violence, the International Federation of Women Lawyers (FIDA) Nigeria Abuja branch implemented a two-part Spotlight Initiative project targeted at training other Civil Society Organizations on the following:

a. Concept of Gender Based Violence, which held on the 23rd of June 2020. The training addressed salient issues on gender based violence, reproductive health rights and considered all relevant applicable laws. In attendance were FHI 360, DEVATOP, LEDAP.

b. Provisions on the National Action Plan on gender and government’s accountability for budget allocation and release and monitoring of the budget utilization. This held on the 10th of July 2020. In attendance were WRAPA, WLI, SGBVRT, SOAR.

FIDA Nigeria, in collaboration with the Federal Ministry of Women Affairs, distributed a variety of food and other items as palliatives to indigent women in Aso Pada community in Maraba border settlement between Nasarawa and Abuja on 11th of June, 2020

The occasion also served as an Advocacy visit to the community as they were sensitized on topical issues such as Gender Based Violence (GBV), Defilement & Rape; also on the Covid19 Pandemic and the need for compliance with Federal Ministry of Health guide lines

The FIDA Nigeria County Vice President, Rhoda Prevail Tyoden while addressing the women emphasized the need for parents to be more watchful over their children/wards to prevent such evil acts on them and encouraged victims and their parents/guardians to also speak out rather than covering it up.

The Paramount need to likewise educate the boy child on the evils and dangers of GBV was pointed out. FIDA Nigeria, Abuja State Branch also attended the outreach/advocacy visit and ably supported FIDA Nigeria.

FIDA Nigeria protecting, sensitizing and supporting the vulnerable in our communities. 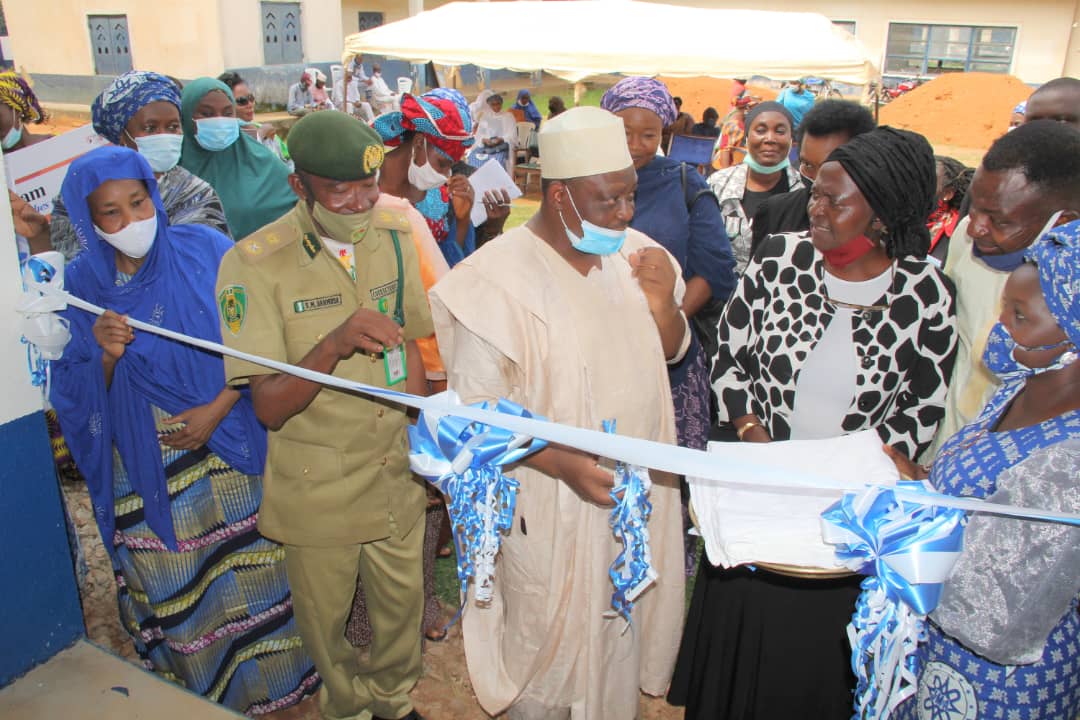 ‘Mama’ as she was fondly called, was indeed a great inspiration to many; an exemplary leader who led a very impactful life, touching different lives as a mother, friend, sister, colleague, associate and mentor.

She was resolute in her cause of positively improving the lot of women and children, particularly in Oyo State.

This is a great loss to all Fidans, especially Fida Oyo State branch and NBA members. Our Learned Silk, will be sorely missed.

FIDA Nigeria wishes to express her most sincere condolences to the family of our dear Mama P. C. Ajayi-Obe (Erinle).

May her soul rest eternally in the bosom of the Lord. Amen 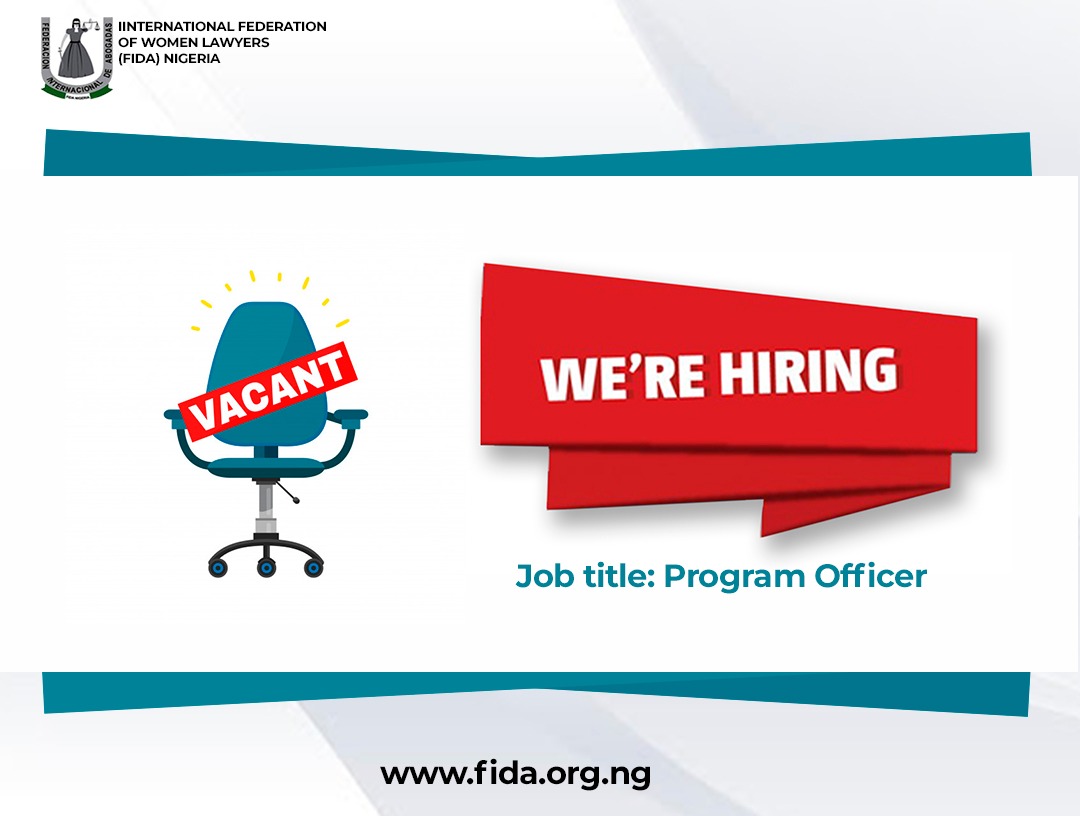 The International Federation of Women Lawyers (FIDA) Nigeria is a non-profit, non-governmental organization made up of over 2,000 female lawyers with several years’ experience in utilizing the law to address social problems in Nigeria. The organization’s mandate is the enhancement, promotion, protection, and preservation of the rights and welfare of women and children in Nigeria FIDA Nigeria implements key projects and activities aimed at providing access to justice to indigent persons, particularly women and children.

FIDA Nigeria is recruiting to fill the position below:

The individual will work on a Ford-Foundation funded project on – “Work with Gatekeepers which includes Women Leaders, Youth, Religious Leaders, and Traditional Rulers to Address Social Norms that Negatively Affect the Status of Women and Entrench Violence Against Women and Girls”. FIDA Nigeria seeks to mitigate the incidence of gender-based violence in two communities/local government areas of Ekiti, Rivers, Plateau, and Lagos states, through community-led change, by altering the social norms, beliefs and traditional practices that subjugate women and girls in the target communities. Many acts of gender-based violence stem from traditional and religious practices and beliefs. Thus, it is necessary to invest in attitudinal/behavioural change of individuals as well as community shifts from harmful cultural practices.

The programme officer will work under the overall guidance and supervision of FIDA Nigeria National President/Country Vice President, National Secretary, and other National Executives, and report to them through the programme manager.

The successful candidate will carry out the following tasks:

2.            Minimum Qualifications:   Bachelor’s Degree in any of the following: Political Science, Law, or any    discipline in the Social Sciences.

3.            Languages: Fluency in written and spoken English & any prominent local language spoken in the State is desirable.

The subject of the e-mail should be “Application for the Position of Programme Officer [State]”.

Please note that Only shortlisted candidates will be contacted and location of Project.