Day of The African Child

The theme of the program was: Eliminating Harmful Practices Affecting Children: Progress on Policy and Practice Since 2013.

Participants were sensitized on some extant Laws like the Child Rights Act, Laws on Female Genital Mutilation after which the question-and-answer Session took place.

The Principal, Staff, and Students appreciated the visit and became aware of their rights and relevant laws. 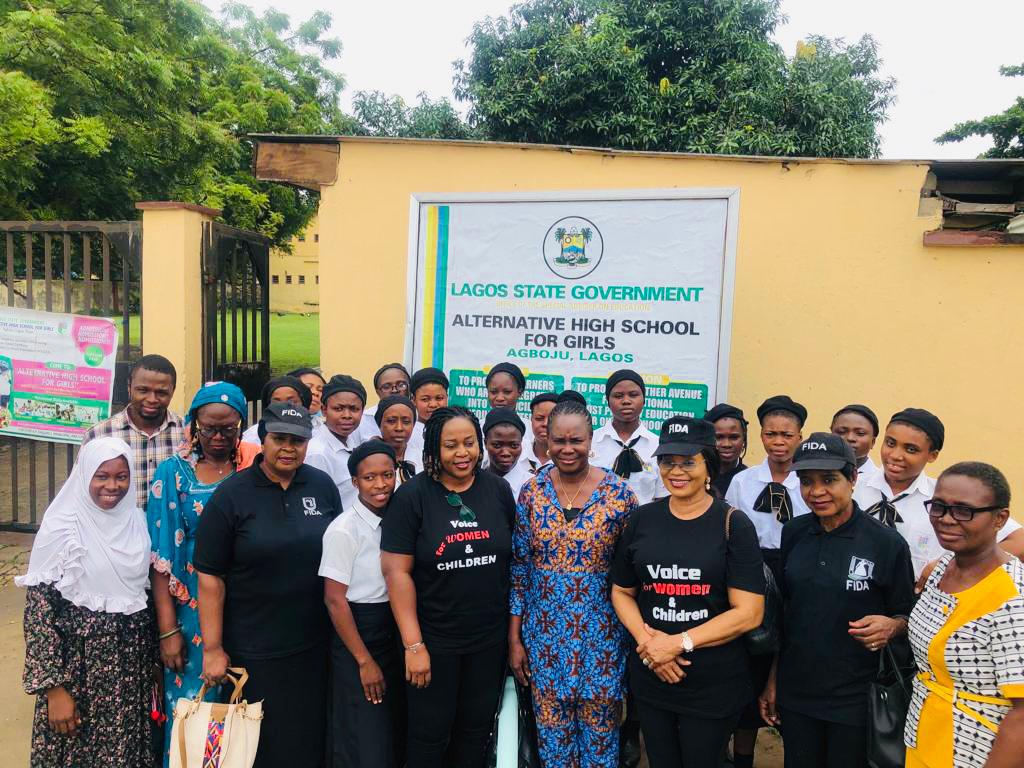 In commemoration of Children’s Day 27th May,2022. FIDA Badagry, on the 30th of May 2022, celebrated with the students at Excellent Simmy Secondary School, 4th Avenue, Festac Town In Amuwo-Odofin Lga Lagos. The management, staff and children were sensitized on the need to stop all forms of Child abuse which include Physical abuse, Sexual abuse, Child Trafficking, Rape, Discrimination, Child-abduction, denial of basic education, Sexual Harrasment, Dehumanization treatment, to mention but a few. There was teaching on ‘Female genital mutilation as another form of violence against the Girl Child. The student were also taught to always report every form of abuse and to say a capital ‘NO’ to such and to exercise their rights at all times. 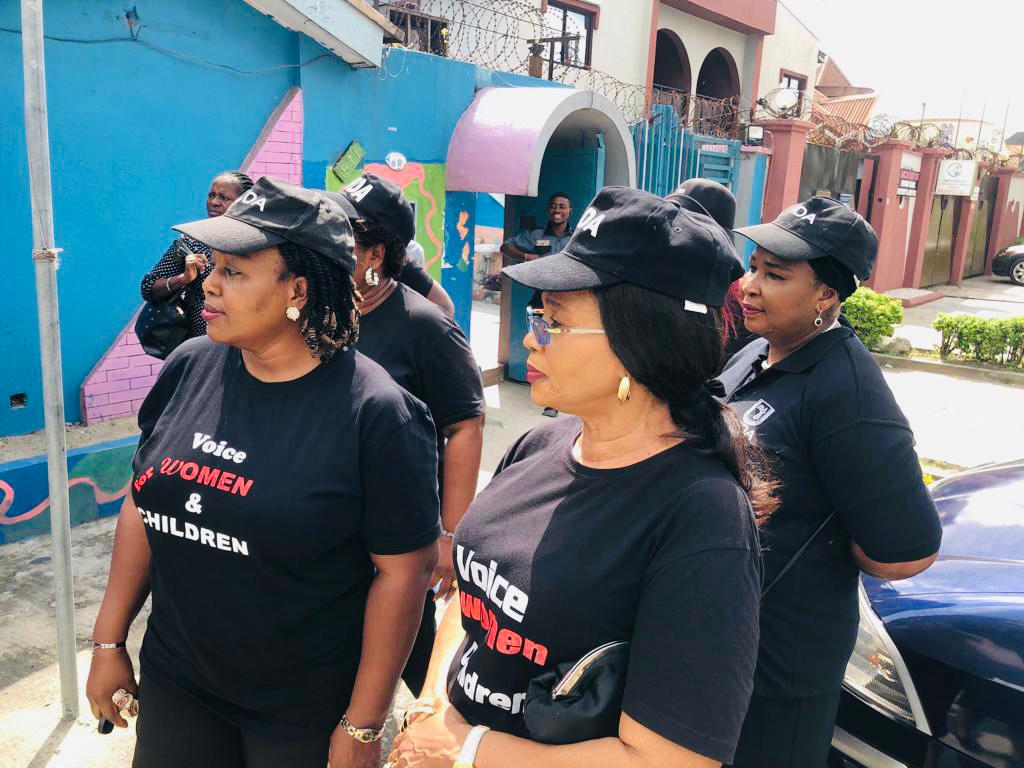 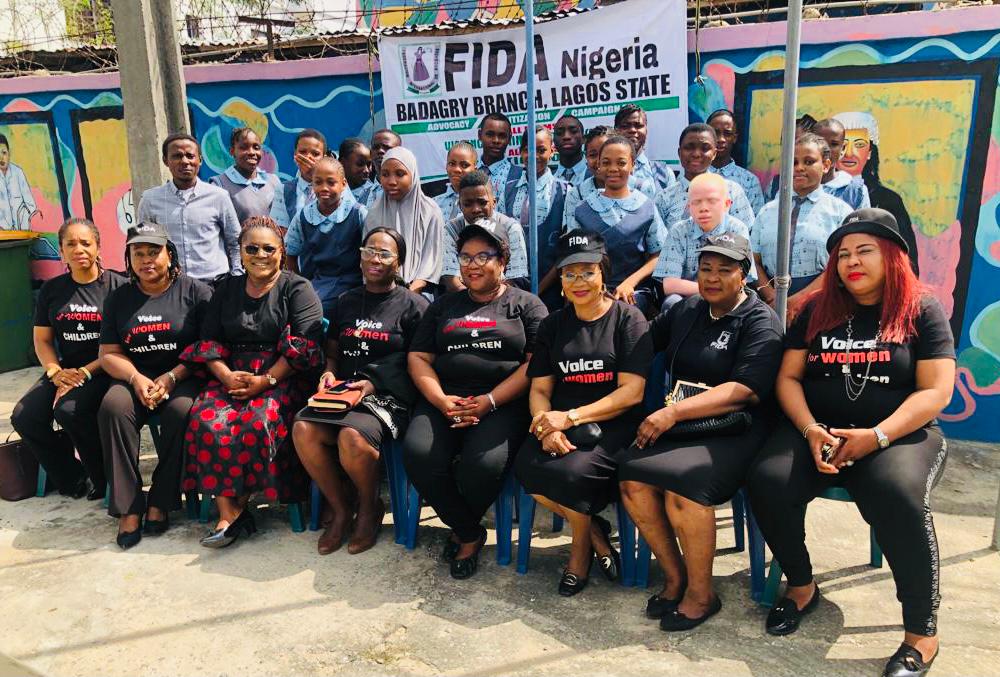 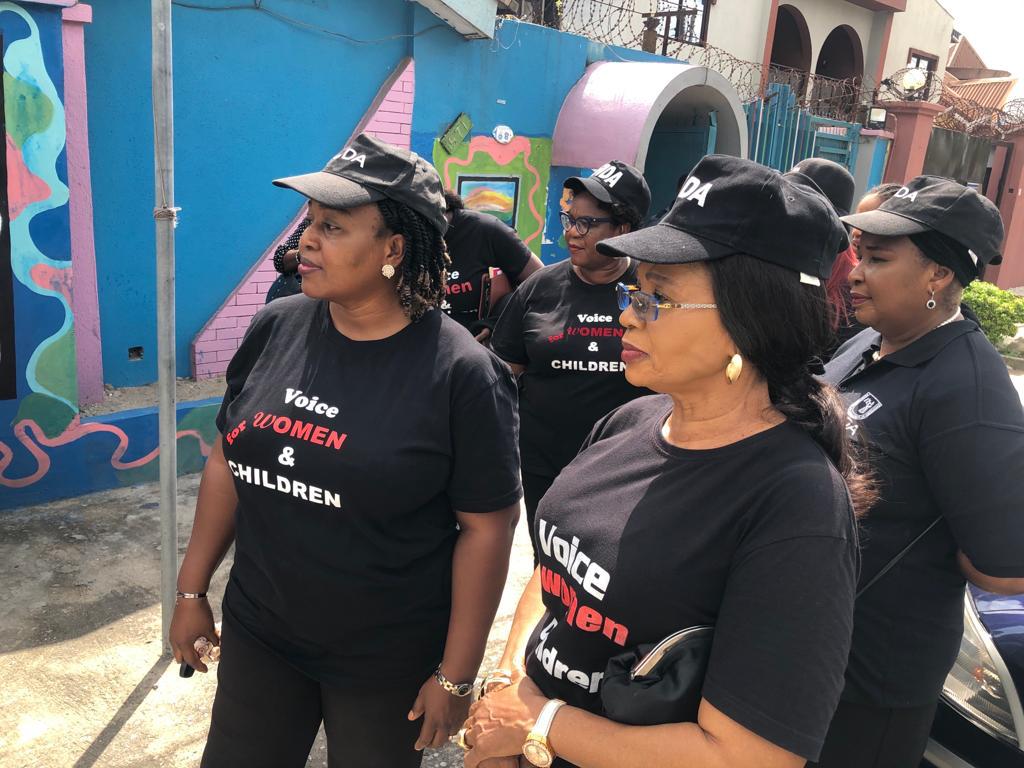 FIDA Nigeria Badagry Branch, Lagos State on the 8th of March 2022, to commemorate the International Women’s Day went on a peaceful protest to the Lagos State House of Assembly on the rejections of the Gender-inclusive bills proposed to the house. 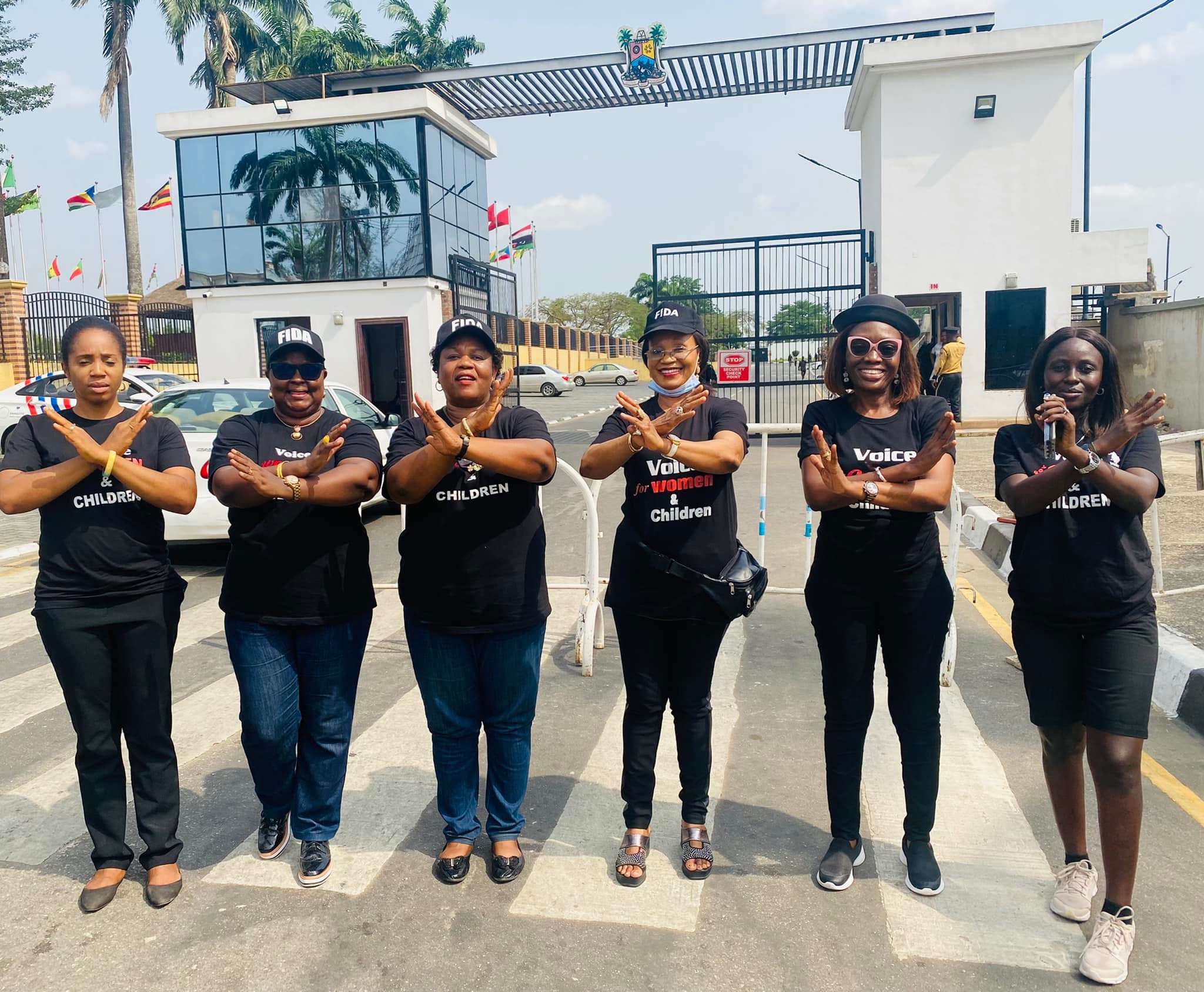 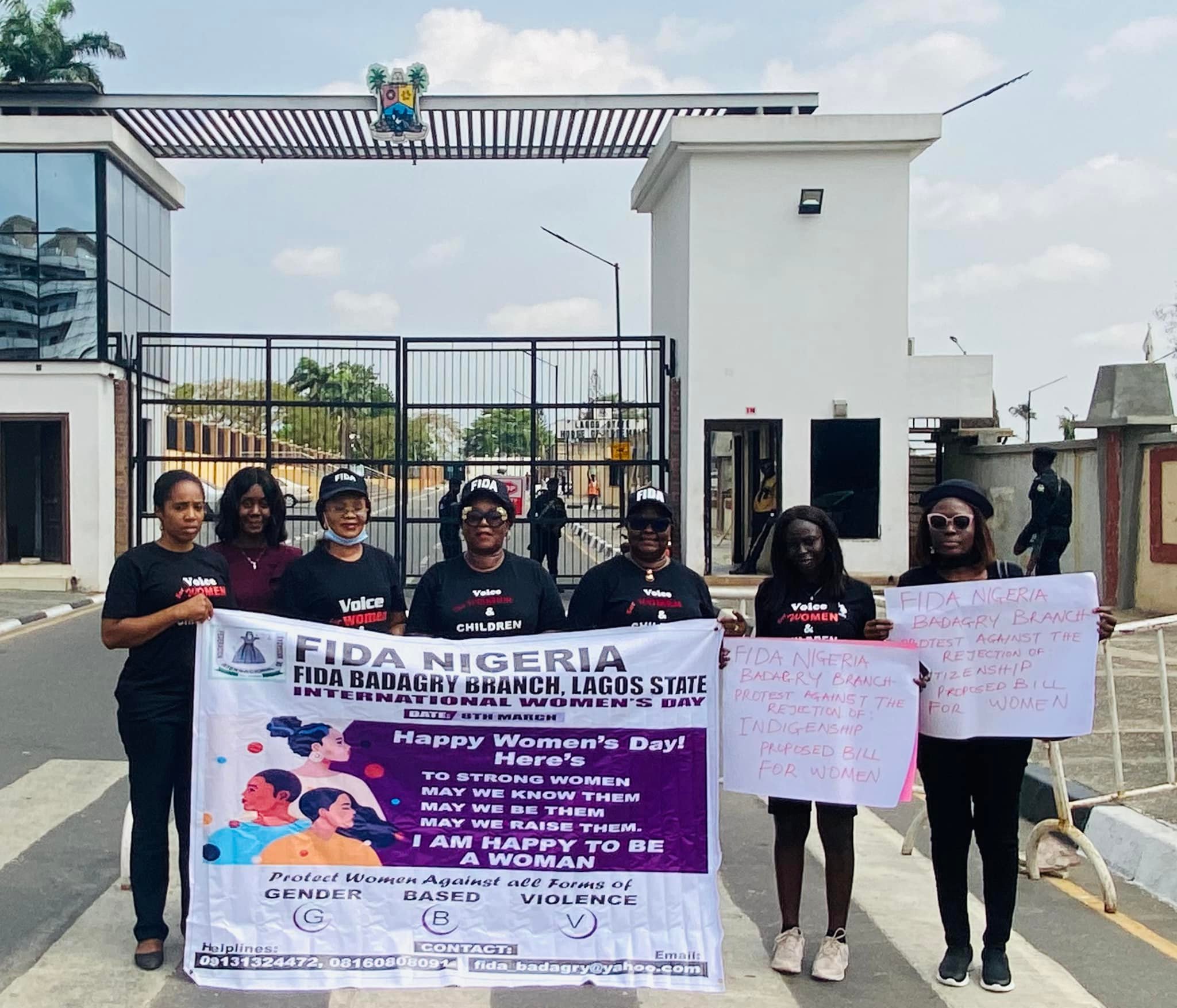 Today 3rd of February 2022, FIDA Badagry Branch, Lagos State attended the African Principals Conference as a facilitator. The Theme of the conference was” The Development and Application of Bullying Prevention &. International Approach in Schools organized by African brand review.
The branch was represented by its Chairperson Adaku Mbama, Secretary Lady Edith Uduji, and the facilitator/speaker Jean Chiazor Anishere SAN was represented by Olukemi Awoniyi. 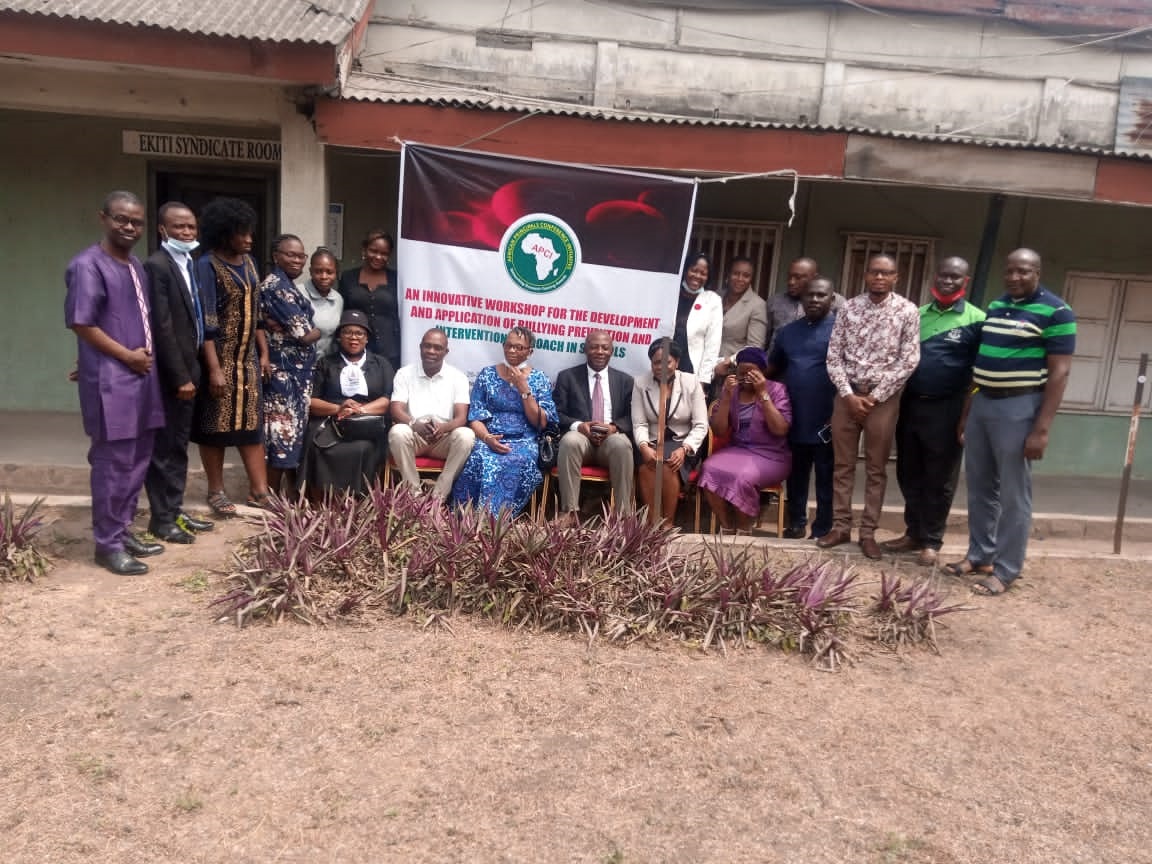 on the 7th of February, 2022, Members of FIDA Ikorodu branch embarked on an advocacy and sensitization walk, in Odoguyan Area Ikorodu to commemorate the International Day on ZERO tolerance for Female Genital Mutilation 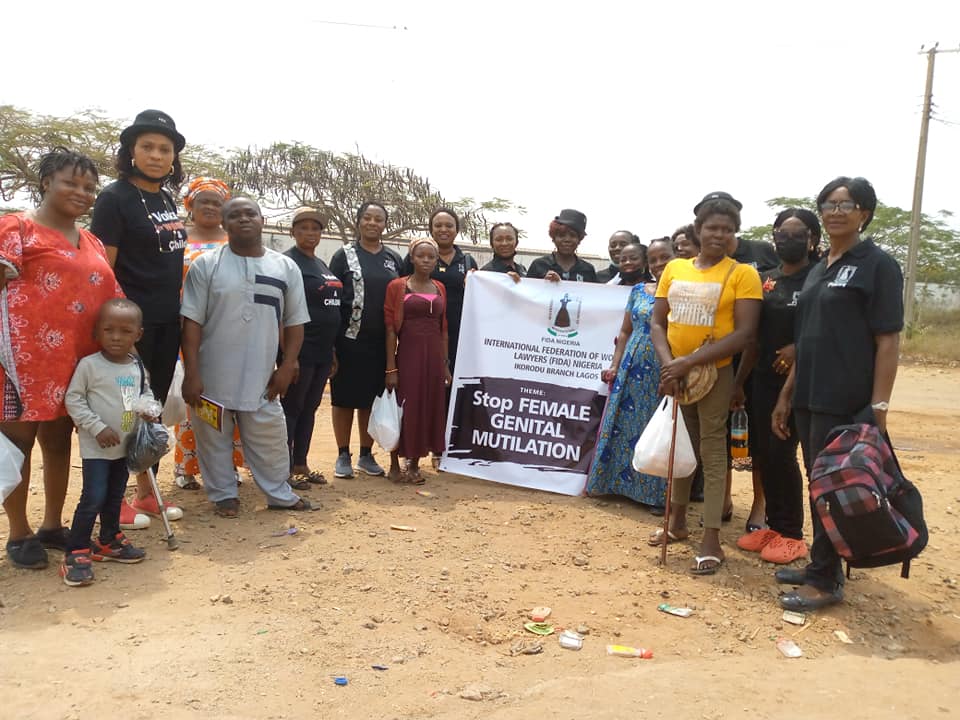 FIDA Nigeria, Badagry Branch Commemorated the United Nations International Day of Education on Monday 24th January 2022. The Chairperson Adaku Mbama, in the company of the Vice-Chairperson, Branch Secretary, litigation Committee Secretary and the Assistant PRO, on behalf of the branch successfully paid an Appreciation visit to the Provost and management of Adeniran Ogunsanya College of Education (AOCOED) Ijanikin, Lagos.

The aim of the visit was to express FIDA’s appreciation to the PROVOST and her team for all their support towards a rape Survivor a case that is already in Court.

The School management expressed their displeasure with such an act (the rape incident) and had already informed FIDA that they have written a petition to the Divisional Police Officer (DPO) Ijanikin, Police Station, Otto/ Ijanikin, Lagos against one Mr. Muyiwa the Defendant who raped one of their female students Damilola in a lecturer’s office.

On the 20th of September 2021, FIDA Nigeria, Badagry Branch, Lagos State paid an advocacy and sensitization campaign programme on the elimination of violence against women and elimination of domestic violence in the ancient Badagry kingdom local community.

Stakeholders in the community such as the Oba of Badagry Oba Akran and his council of chiefs received the branch inside the Oba’s Palace, while the Advocacy and sensitization was done in front of the Palace.

The Community development chairman, the market women leader, Muslim leader, Christian leader, Chairman of Artisans association, the head of their local vigilante groups, teachers were all present for the Advocacy mission. 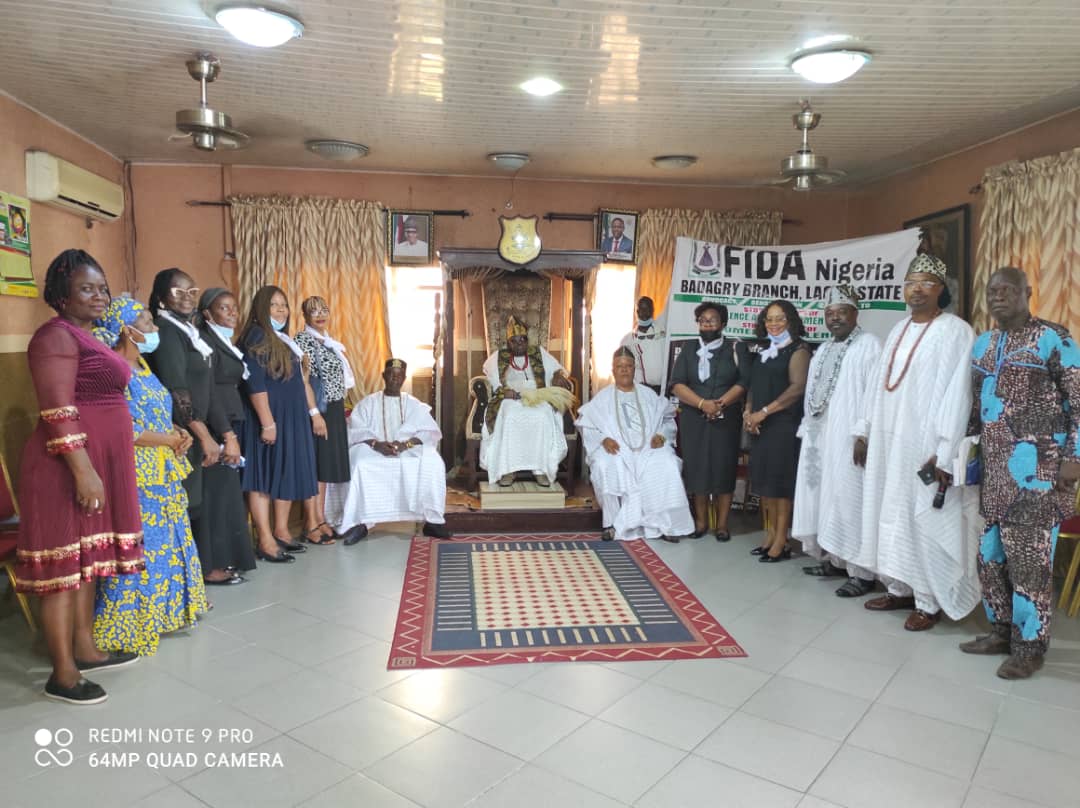 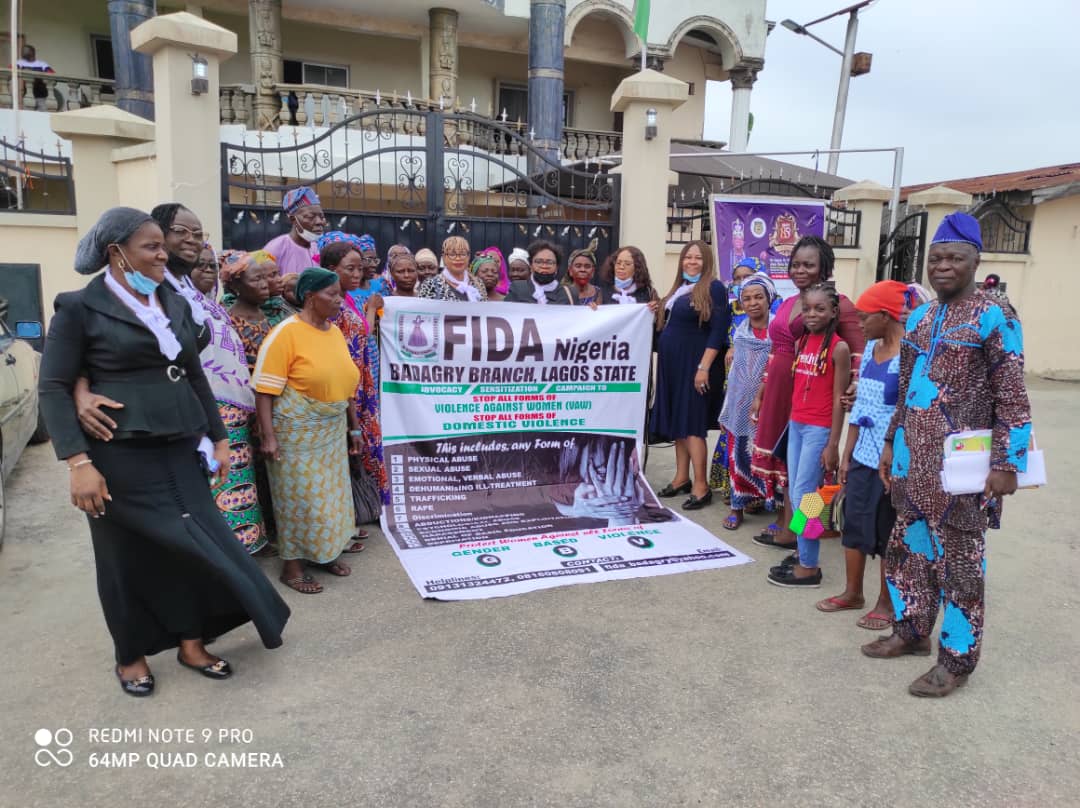 On the 8th and 9th of September, 2021, history was made as FIDA Nigeria inaugurated her 39th and 40th branches- FIDA Badagry and FIDA Ikorodu respectively in Lagos State.

The CVP, in her opening address, reminded all FIDANS of FIDA’s mission which is to promote, protect, and preserve the rights, interests, and well-being of women and children through the use of legal framework to ensure that they all live free from all forms discrimination, violence, and abuse in the society.

She encouraged FIDANS and indeed the key stakeholders in attendance to speak out against Gender-Based Violence/Domestic Violence so as to eradicate all forms of violence in society.

She encouraged the newly inaugurated Badagry and Ikorodu branches to ensure teamwork, cooperation, and unity in their service delivery to better impact the communities and achieve greater heights.

The Regional Vice President, Mrs. Joy Ezeigbo, and the National Publicity Secretary, Mrs. Eliana Martins also stressed the need to focus on the noble aims and objectives of FIDA for effectiveness and efficiency.

Goodwill messages were received from members of the judiciary, the police, learned silks, the NBA, traditional leaders, faith-based groups, and the youth and market women representatives who applauded FIDA for her great works, particularly her quest to move closer to the communities they serve.

FIDA Nigeria, bringing her services closer to the communities! 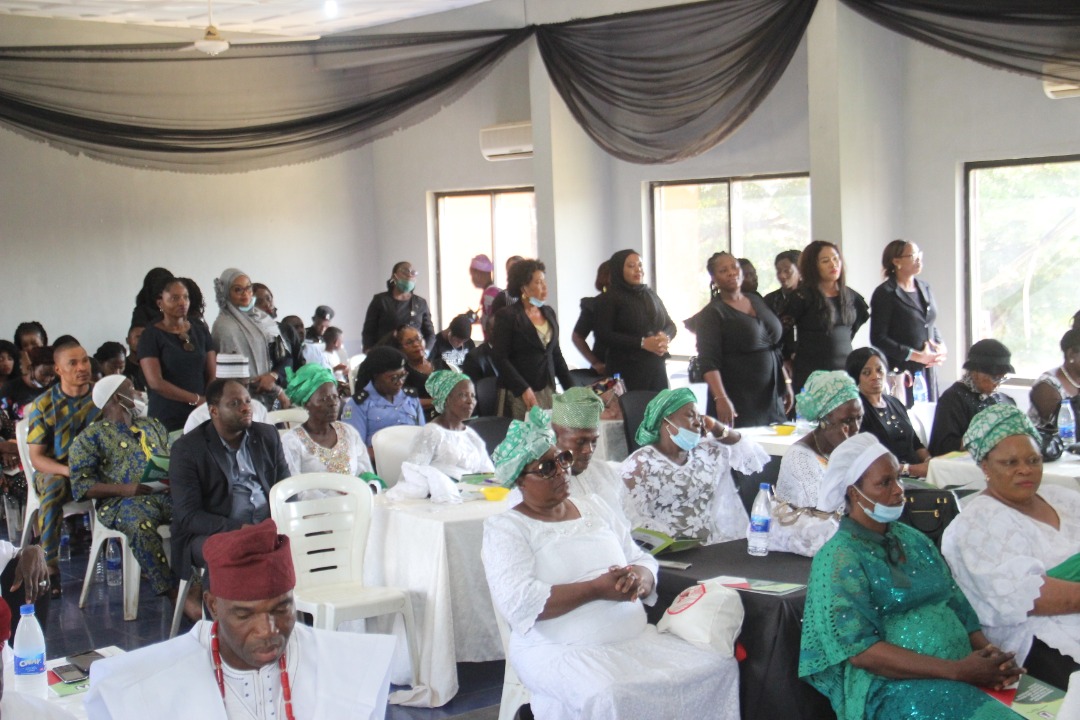 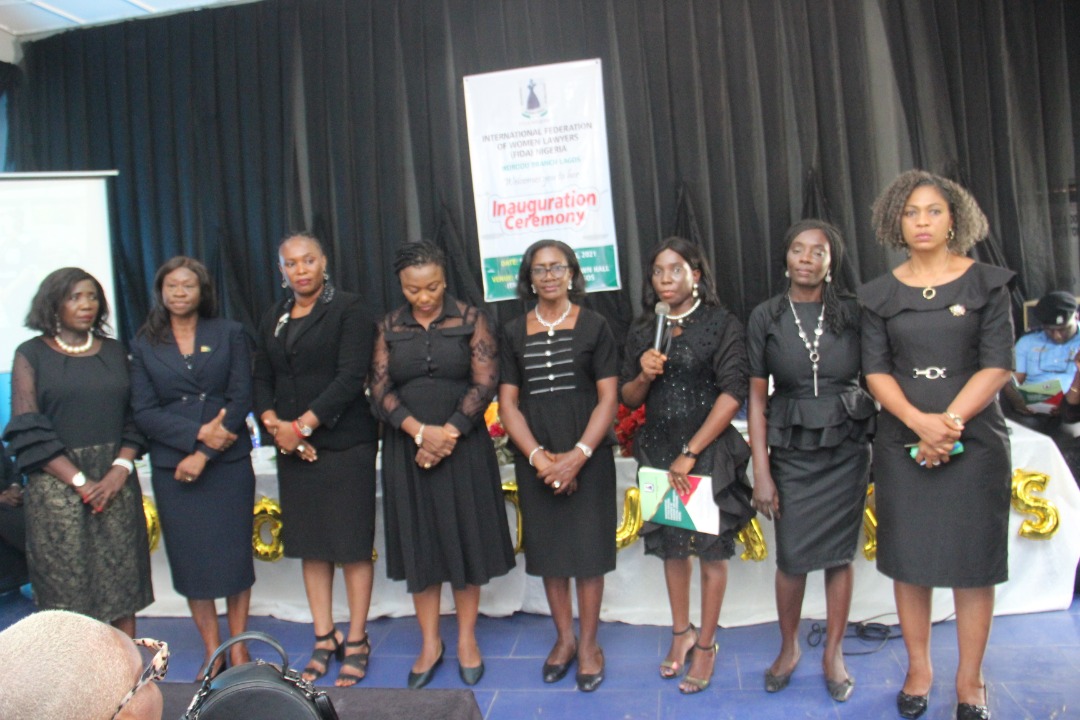 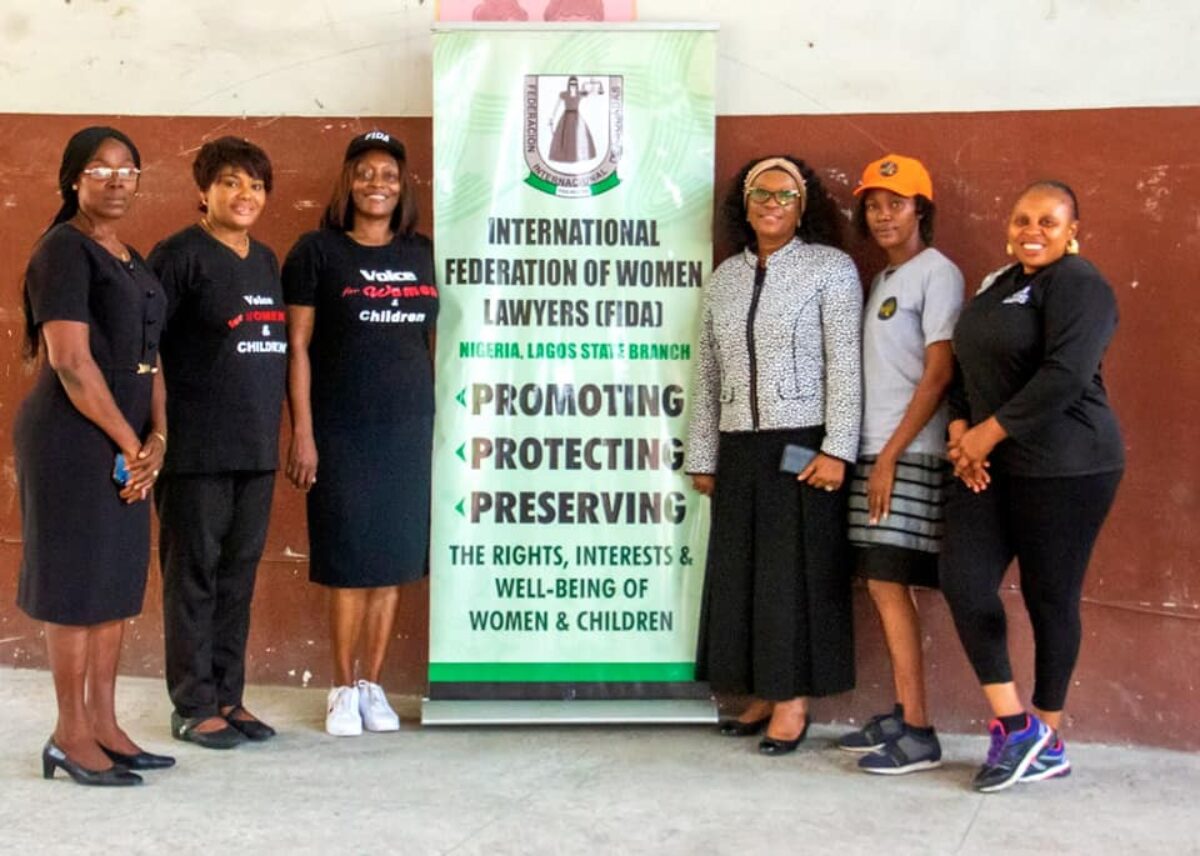 FIDA Lagos Calls for the Enforcement of Relevant Laws and Regulations that Protect the Rights of Widows.

FIDA Lagos lends her voice to mark the Internation Widows' Day 2022 calls for the enforcement of relevant laws and regulations that protect the rights of... 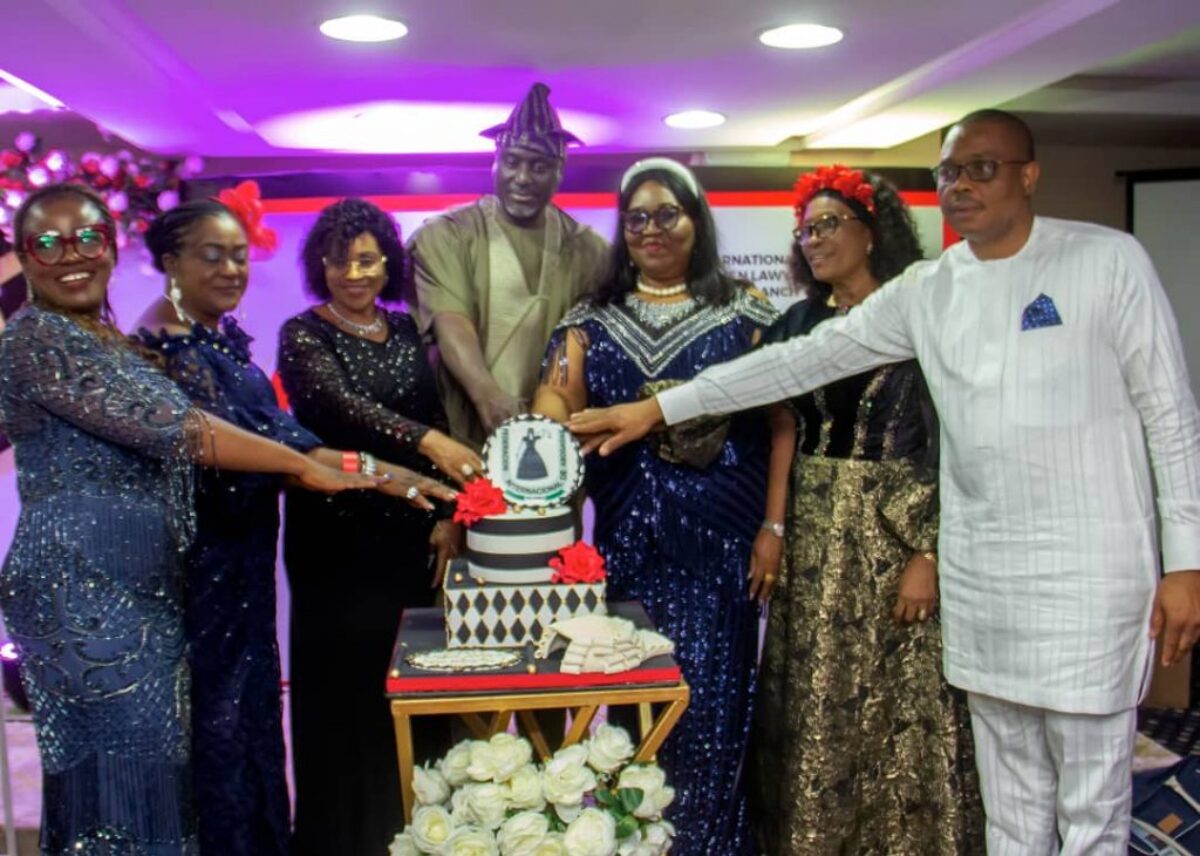 The International Federation of Women Lawyers (FIDA) Lagos Branch 2022 Law week programme with the theme “Education as a Catalyst for Boosting the Self... 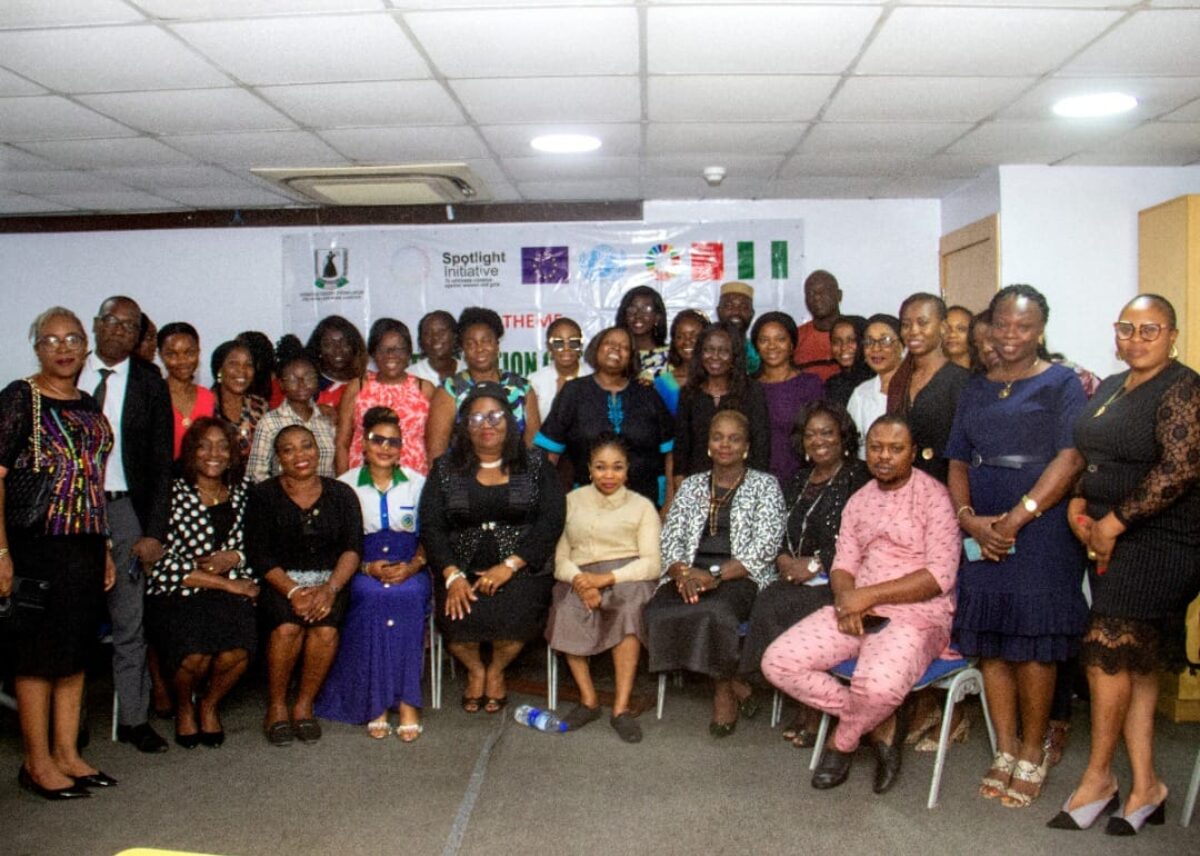 On 31st May and 1st June 2022, FIDA Nigeria, Lagos State Branch with the support of UN Women on the Spotlight Initiative Project Phase II, held an... 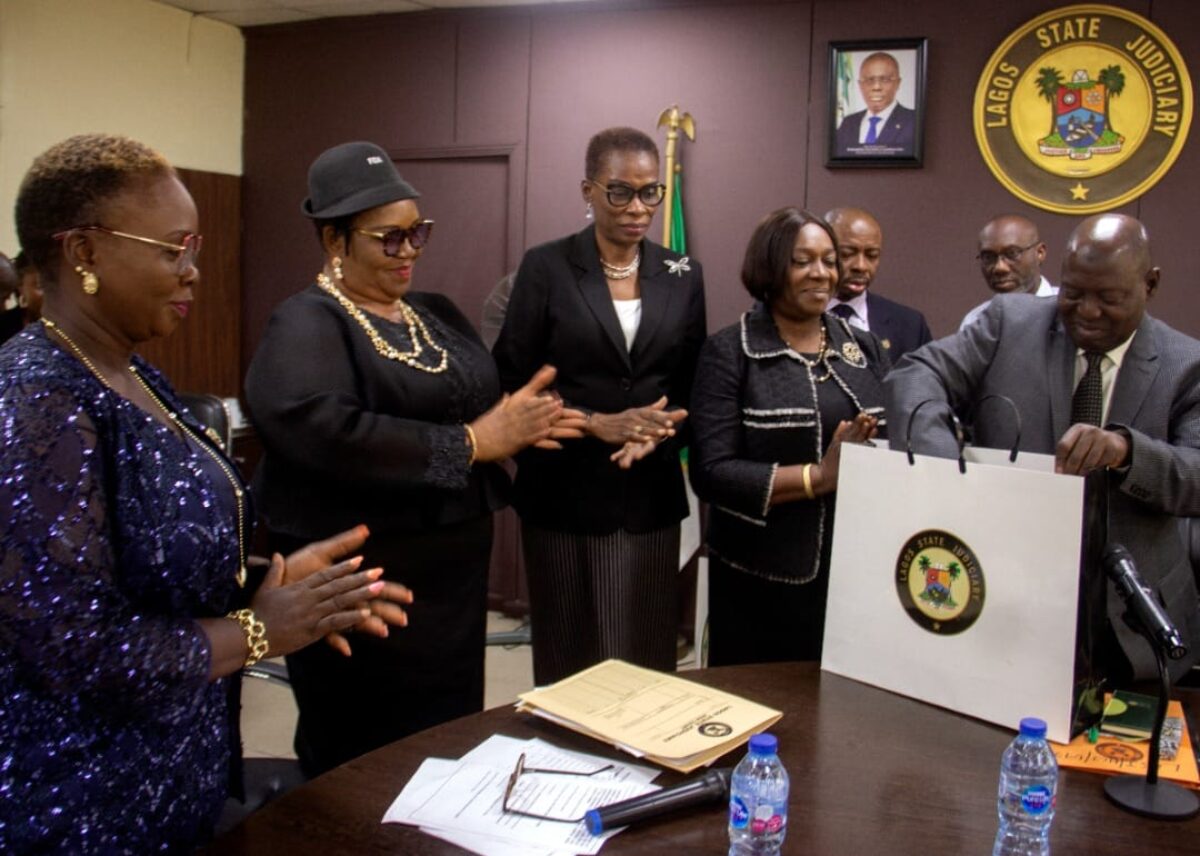 On the 24th of May 2022, the Executive members of FIDA Lagos went on a courtesy visit to the chief judge of Lagos state. In attendance were about 10-15... 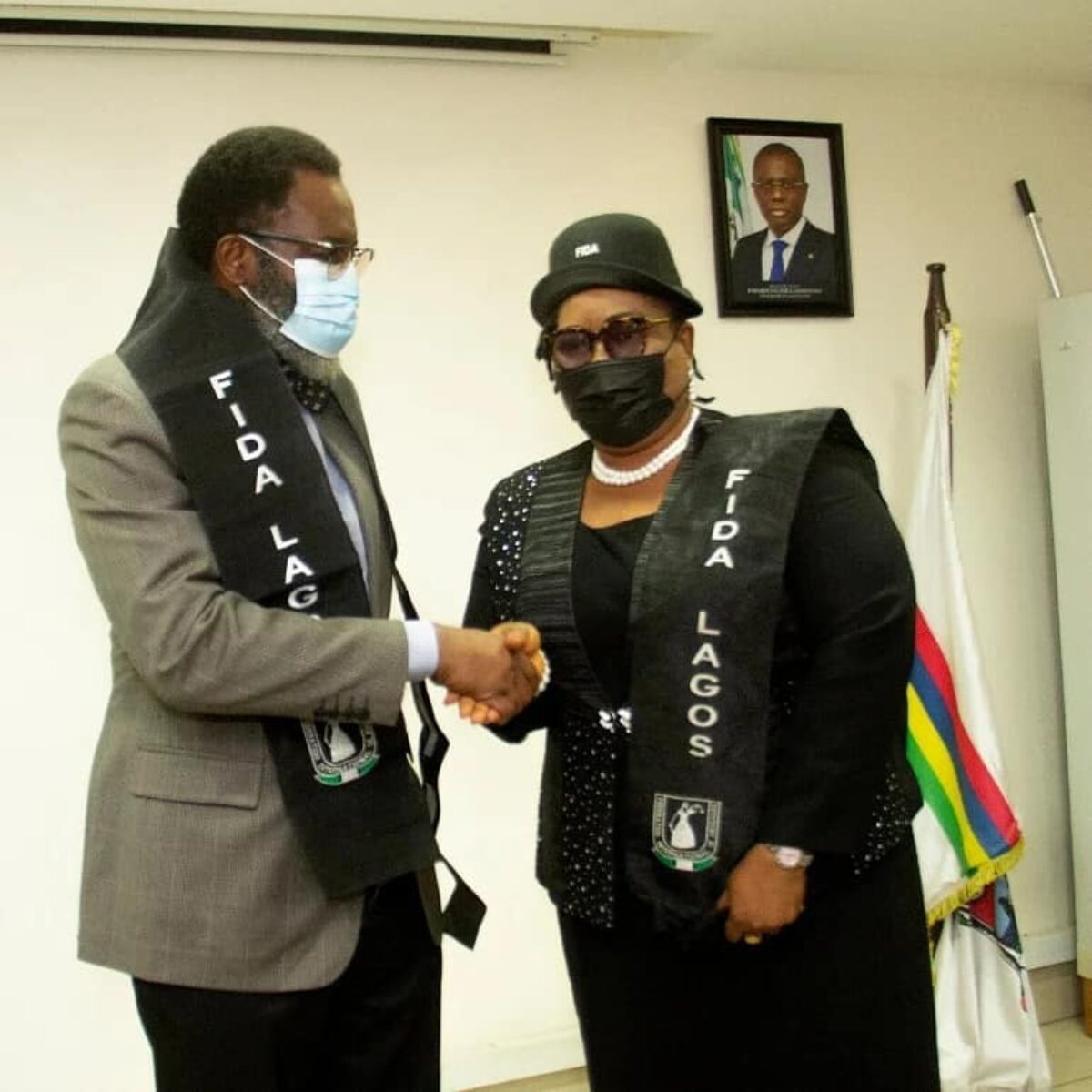 FIDA Lagos Paid a Courtesy Visit to the Attorney General and Commissioner for Justice, Lagos State

FIDA Lagos led by the Chairperson, Mrs. Chinwe Efobi paid a courtesy visit to the Attorney General and Commissioner for Justice, Lagos State on Wednesday... 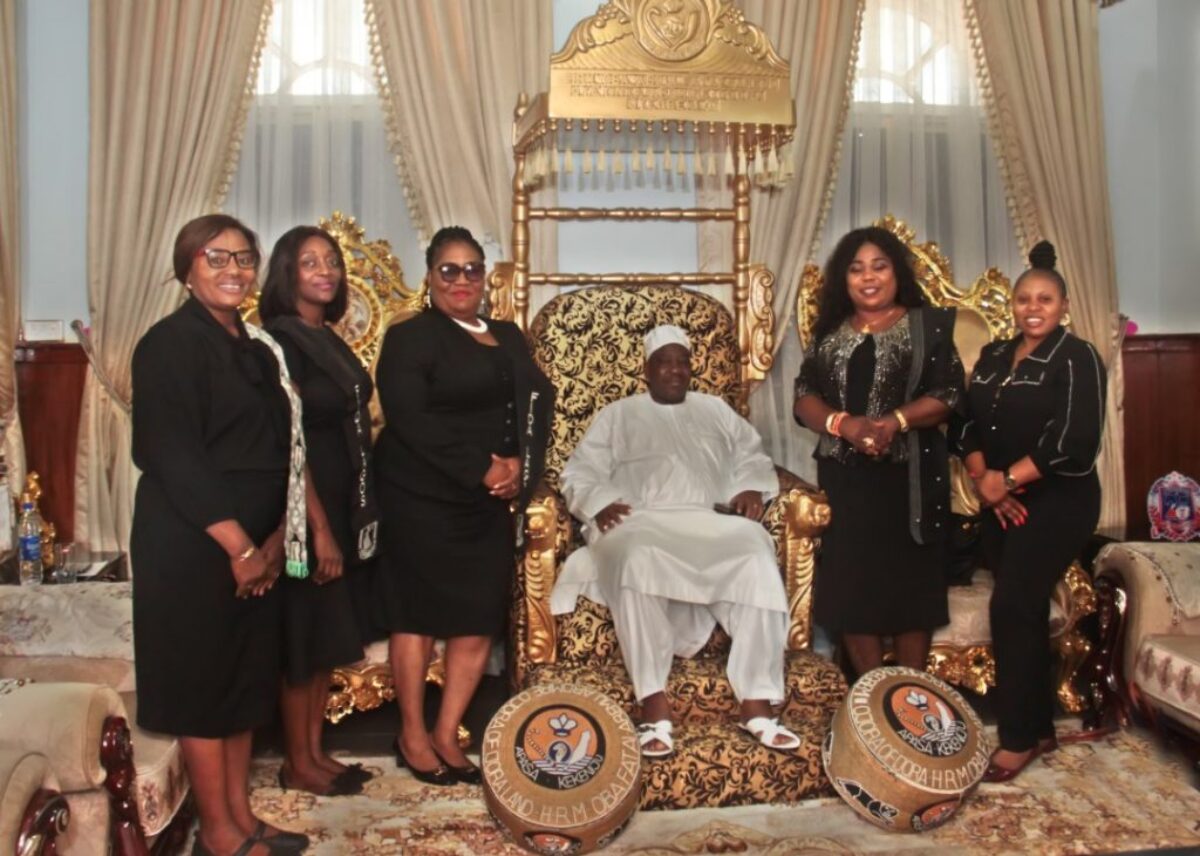 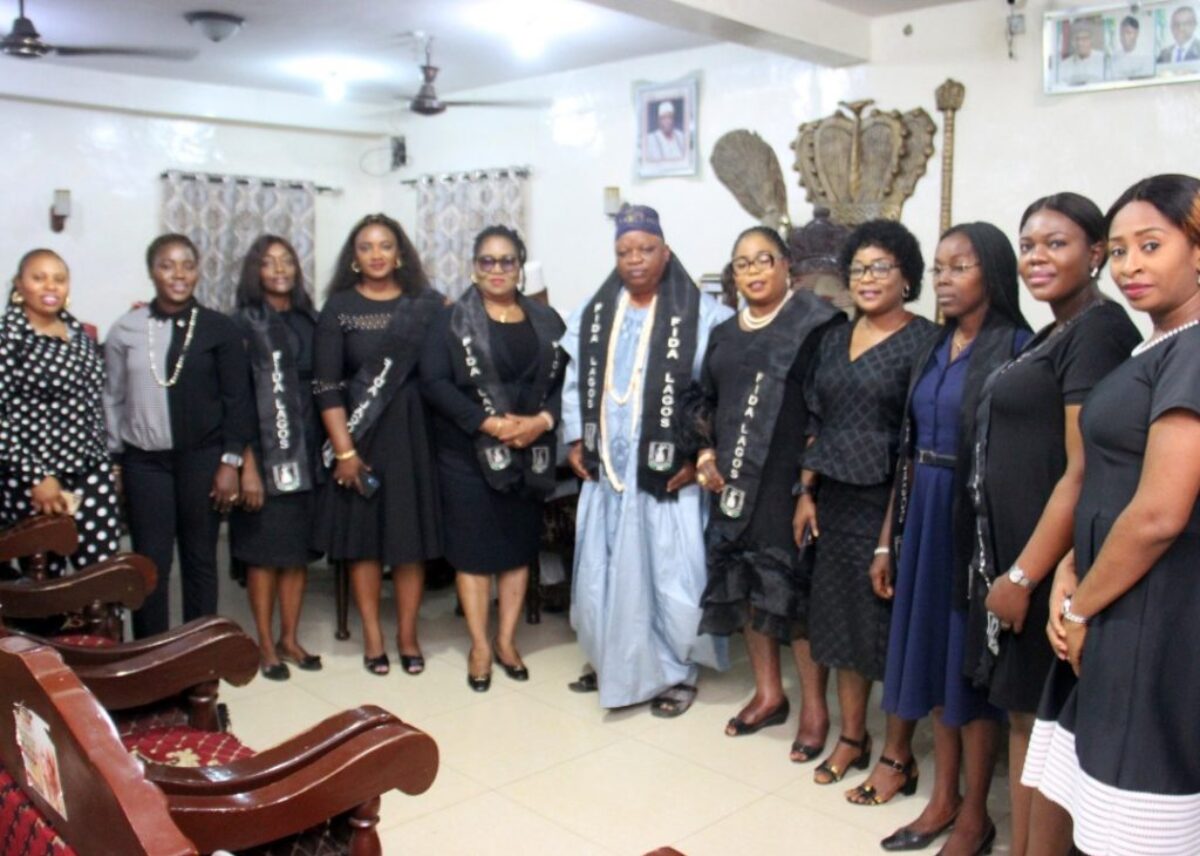 As part of its activities to celebrate the United Nations International Day of Zero Tolerance to Female Genital Mutilation on the 6th of February 2022, the... 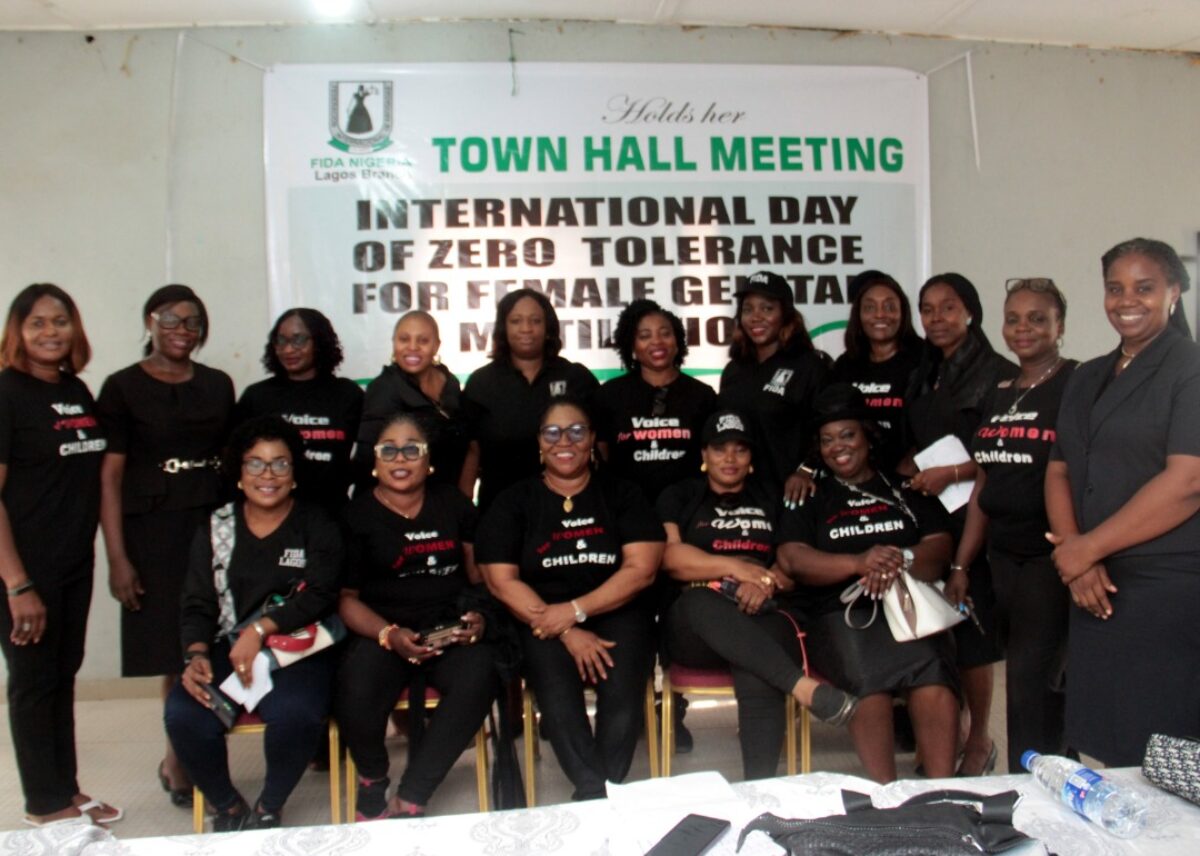 FIDA Nigeria, Lagos State branch held her Townhall meeting which was a follow-up on the Advocacy/ Courtesy visit to the palace of Osolo of Isolo on... 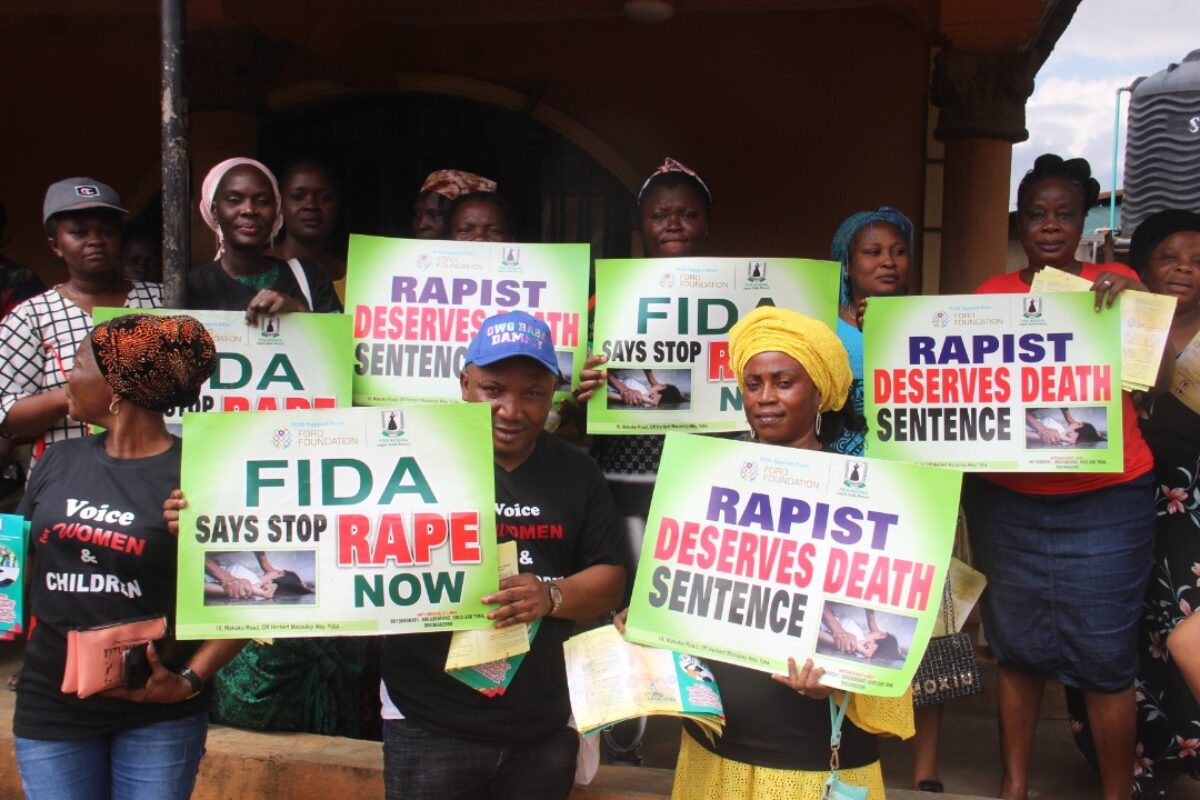 Community sensitization is an effective way of providing first-hand, reliable information to communities, to this end, FIDA Nigeria, Lagos State branch on... 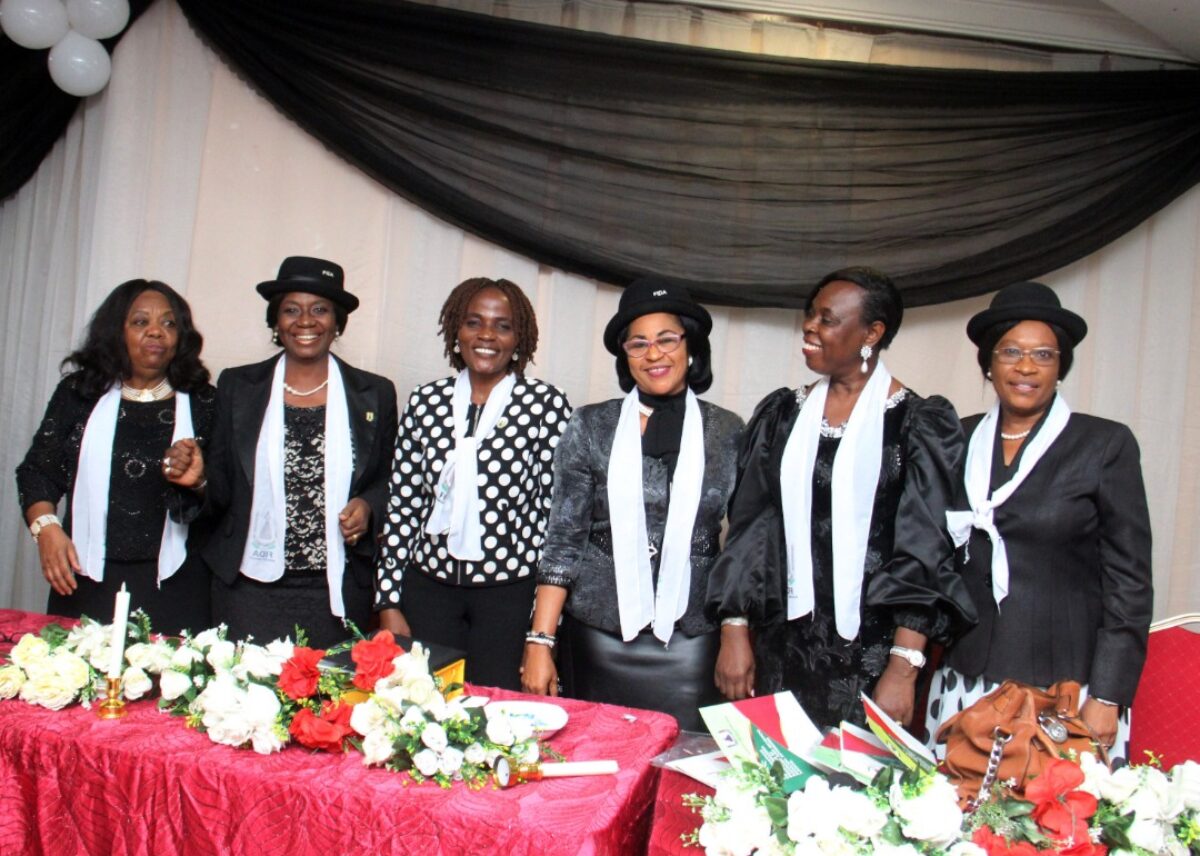 On the 8th and 9th of September, 2021, history was made as FIDA Nigeria inaugurated her 39th and 40th branches- FIDA Badagry and FIDA Ikorodu respectively... 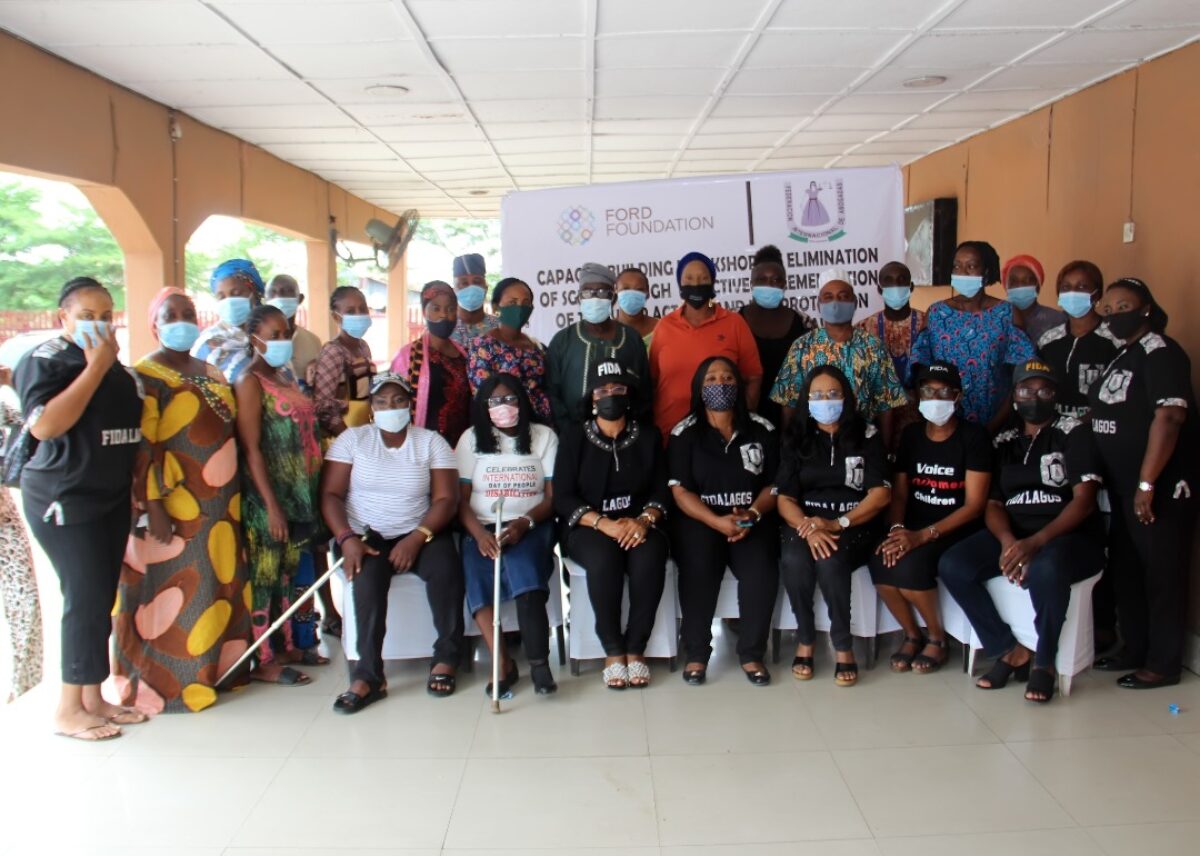 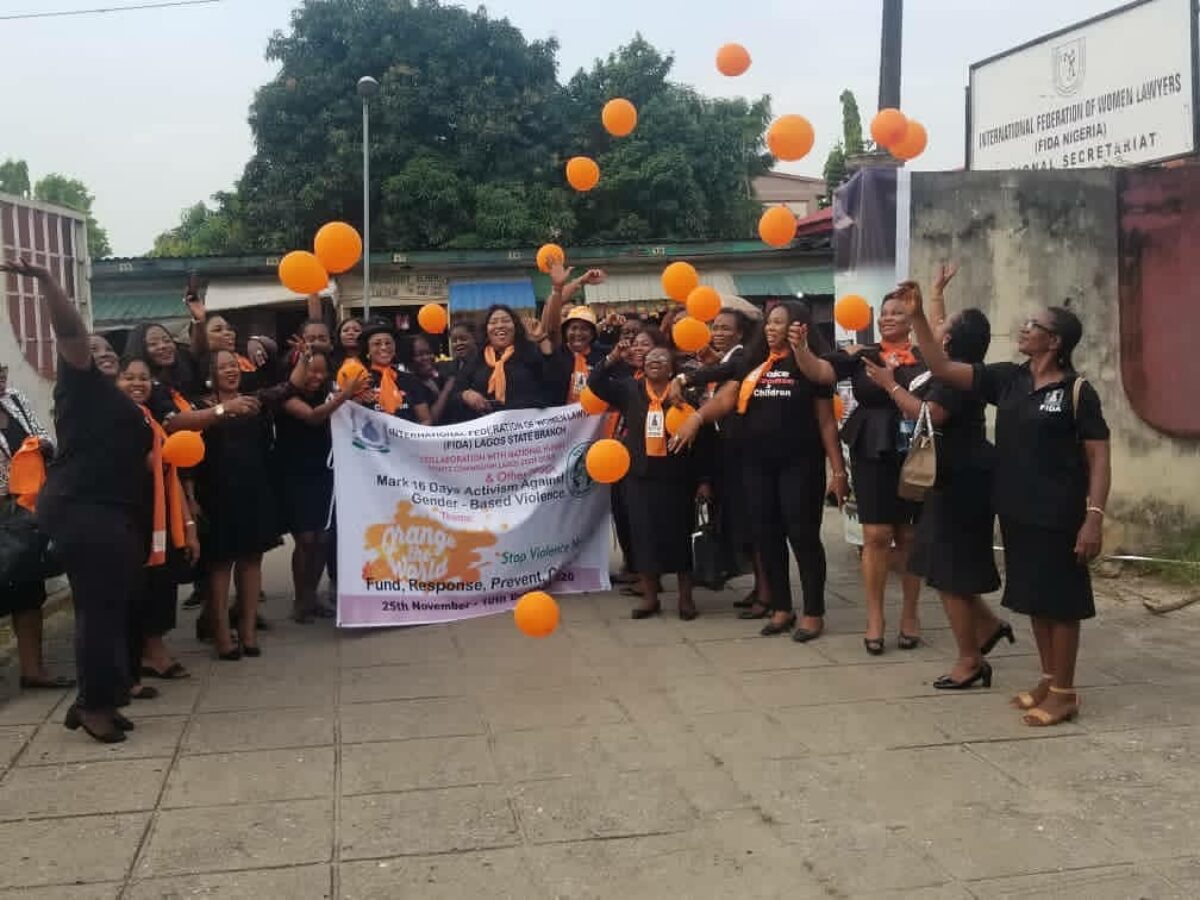