Partnering with FIDA Eket on the mission tagged #PAD A GIRL was VIFADAD Medical Mission, the team was led by Mrs Comfort Umoren, a Registered Nurse who educated the young girls on menstrual hygiene management during and after their menstrual period.

The Chairman NBA Eket branch, Gloria Etim Esq in attendance also threw more light through personal experience on how to manage and care for oneself during menstruation.

The visit was a remarkable one as the girls were enriched with vital information on menstrual hygiene and about 1000 pads were distributed. 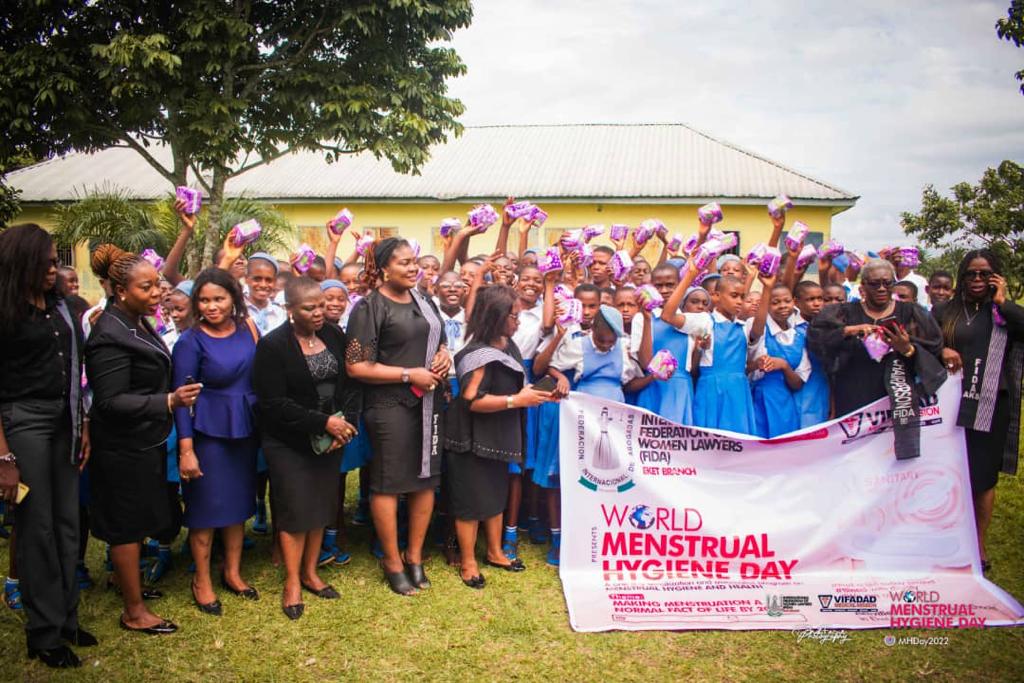 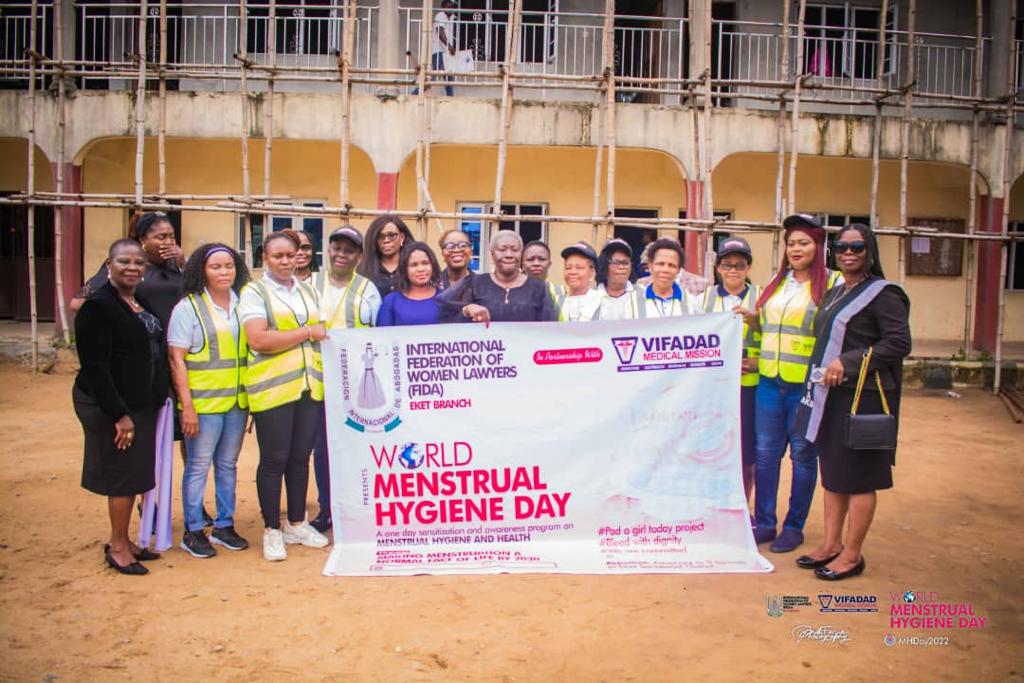 In commemoration of the International Day of the Boy child, FIDA Eket on the 16th of May 2022 took her Advocacy to two Secondary Schools in Eket Local Government Area.

St Francis Secondary School Ikot Ataku and Government Secondary School Afaha Eket were beneficiaries and focus was on the in boys in SS1- SS3. The Boys were sensitized on this year’s theme Boosting Optimism, Restoring self-worth.

The celebration of the International Day of the Boy Child is not to remove focus from the girl child but to groom, nurture and mentor the boys to become better brothers, fathers, and husbands in the future.
The boy child must learn self-worth, to love and believe in themselves, and with focus and determination, they can achieve their future goals.
The Speakers Yinka Gbadamosi Esq. and Soporochukwu Esq. Spoke extensively on the need for the boys to shun cultism, drug abuse, and all forms of negative vices that can deter them from achieving their goals.
The chairperson of FIDA Eket Mojisola Tijani Esq while speaking to the boys urged them to be optimistic, believe in themselves, and maintain a positive mindset in order to grow into responsible adults.

The principals of both Schools were extremely grateful and commended the effort of FIDA NIGERIA EKET BRANCH stating that the visit was a timely intervention and encouraged us to keep on with the mentorship program.

It was truly a successful program because at the end of the session, the boys looked happy and felt loved especially when they received their gifts 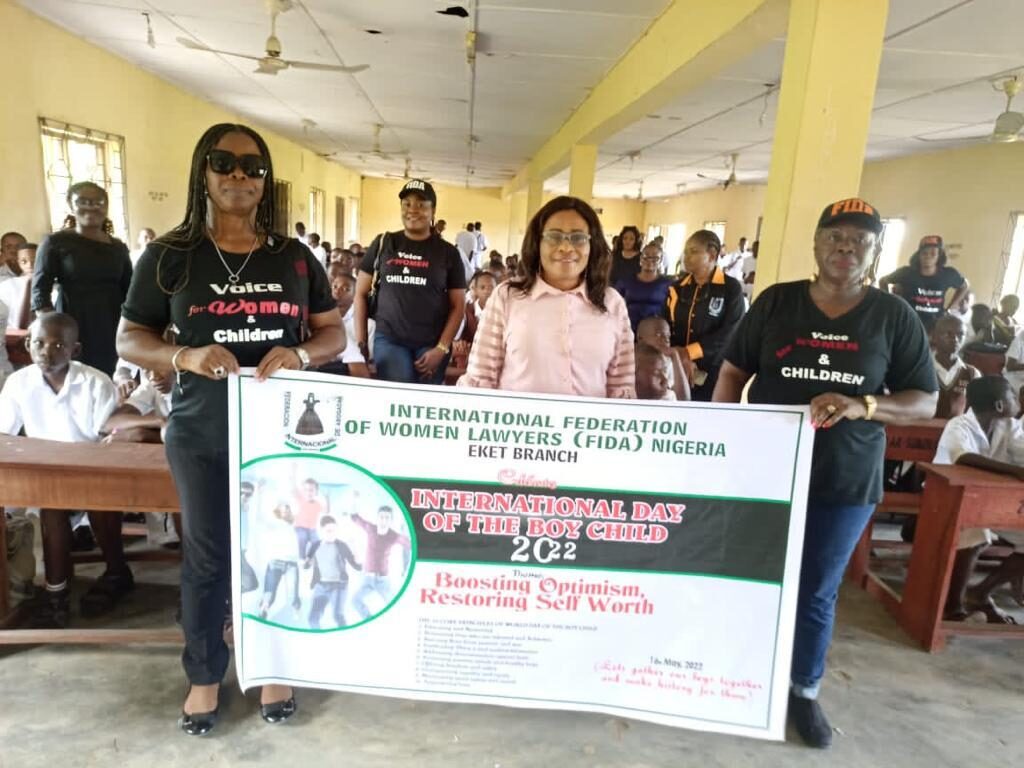 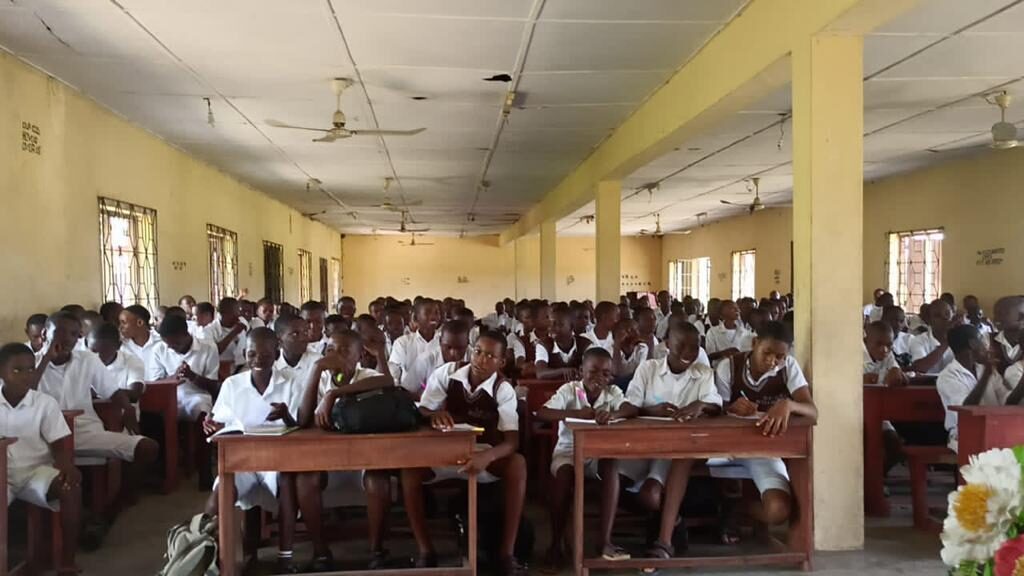 To commemorate the occasion of the International Women’s Day, Some Exco Members of FIDA Eket Branch ably led by our Chairperson, on the 8th of March 2022, had a talk show at Heritage Radio 104.9 FM Eket, dwelling on the theme “GENDER EQUALITY TODAY FOR A SUSTAINABLE TOMORROW” and also to join thousands of women across Nigeria to register displeasure over the rejection of Bills by the National Assembly.

The Chairperson Mojisola Tijani who led the walk /Sensitization spoke at Urua Nka Market, emphasized on the Theme “ ACCELERATING INVESTMENT TO END FEMALE GENITAL MUTILATION and intimated the women of their rights, effects of harmful traditional practices/norms of Female genital mutilation and with the vision of WHO on how to jointly bring an end to this crude and obnoxious practice by the year 2030.

Awareness was created on the applicable provisions of the Violence Against Persons Law of Akwa Ibom State, 2020 wherein the long arm of the law will fall heavily on perpetrators.

Interestingly, during interactions, FIDA Eket discovered that many women are ignorant of the fact that certain violation of their rights are classified as criminal offence which includes and not limited to Spousal Battery, assault and Harmful Widow Practices etc. as listed in the VAPP Law.

This was our first Sensitization Walk as a new Branch and our Branch Hotline was made available to the public. The program was very successful filled with rewarding experiences. 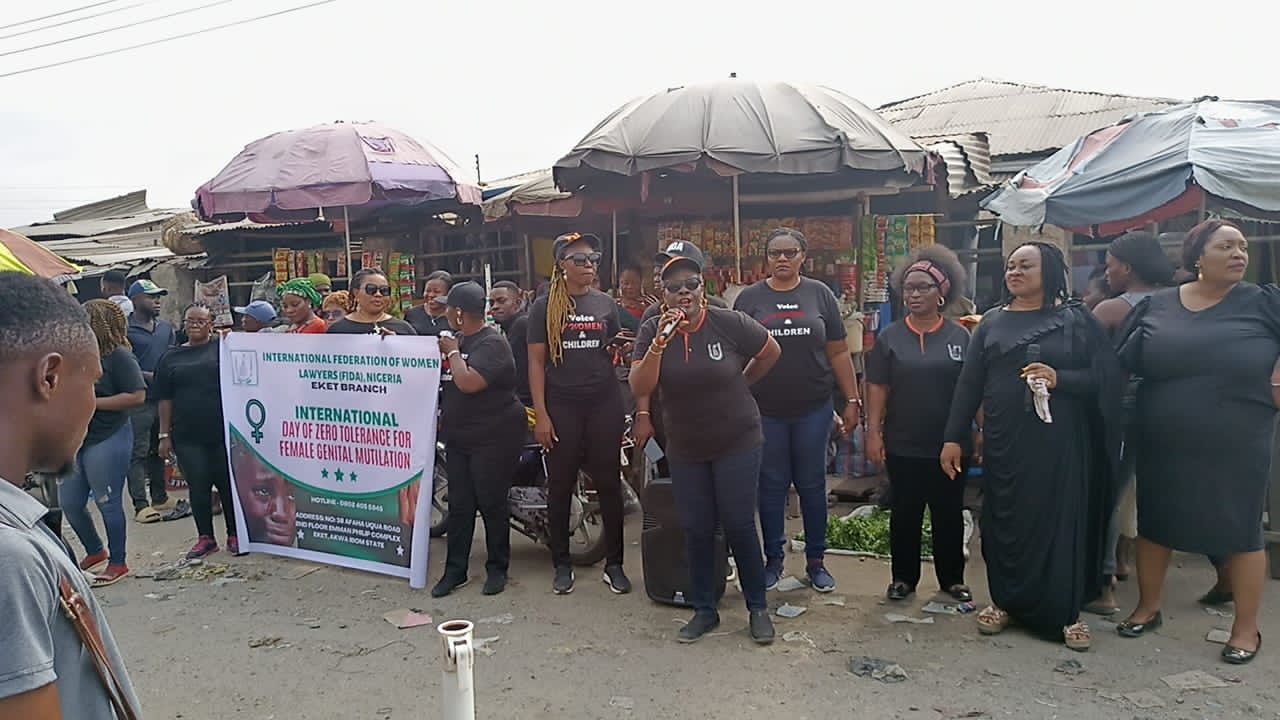 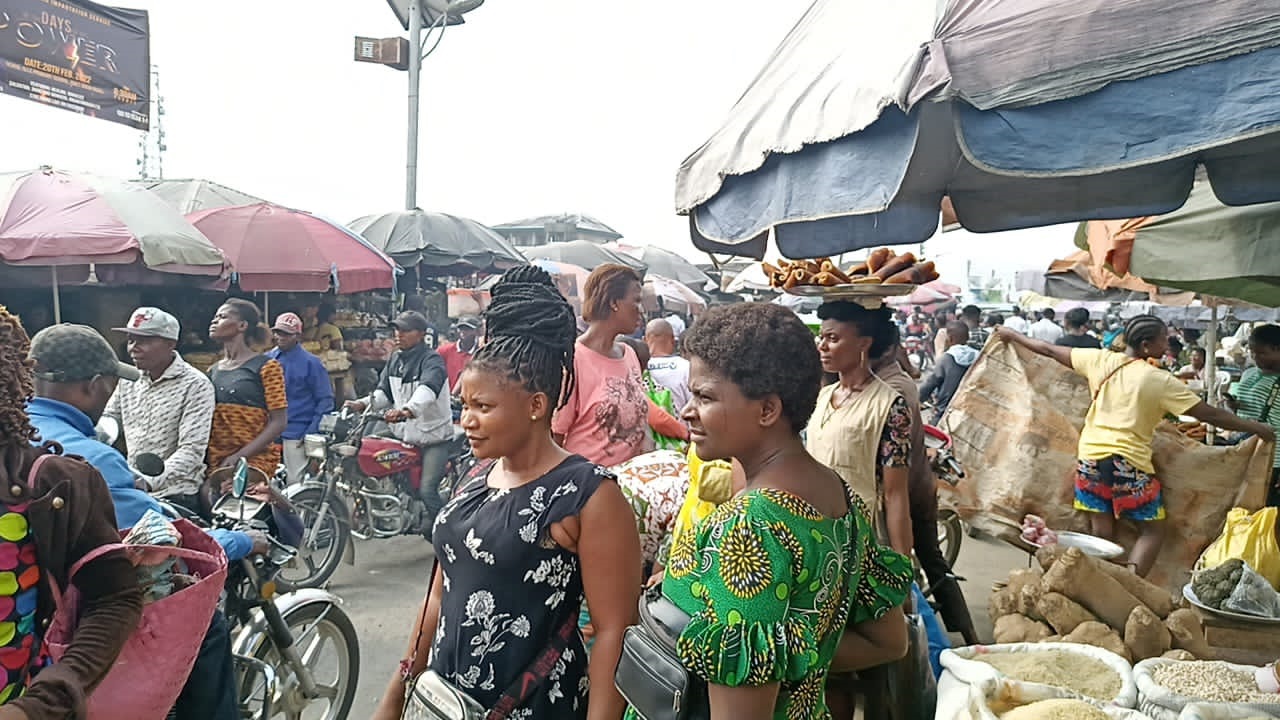 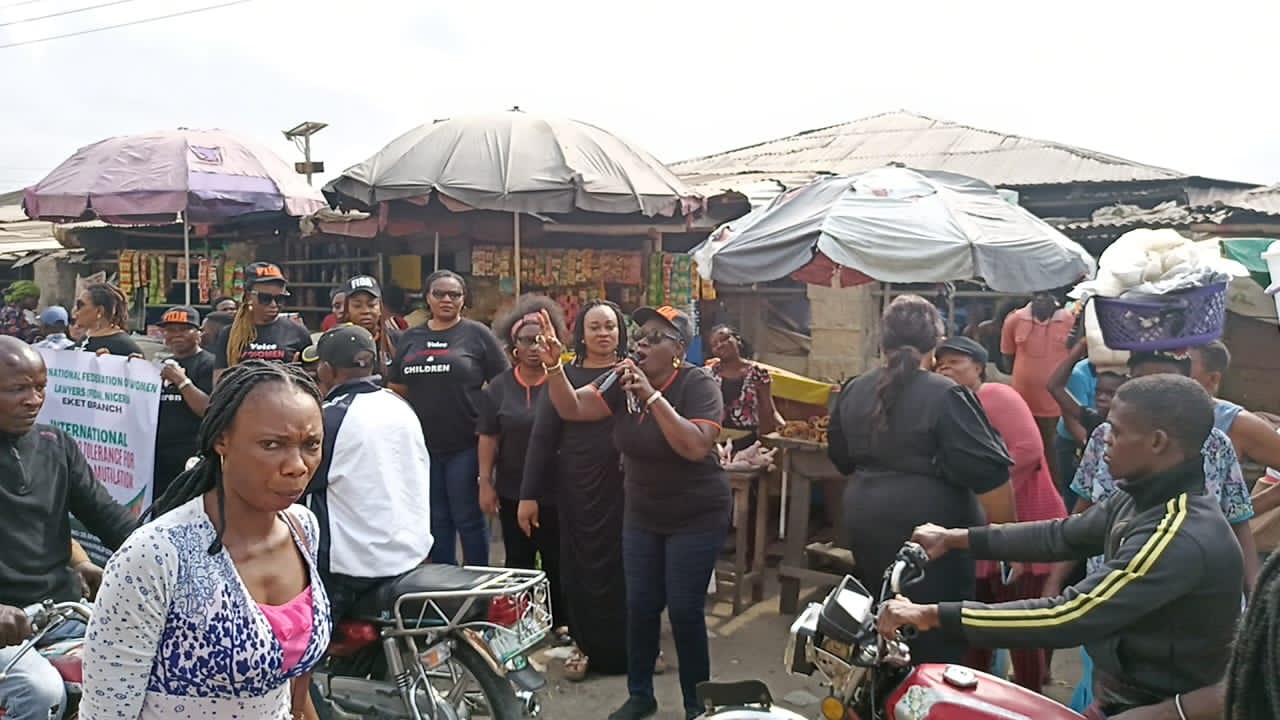 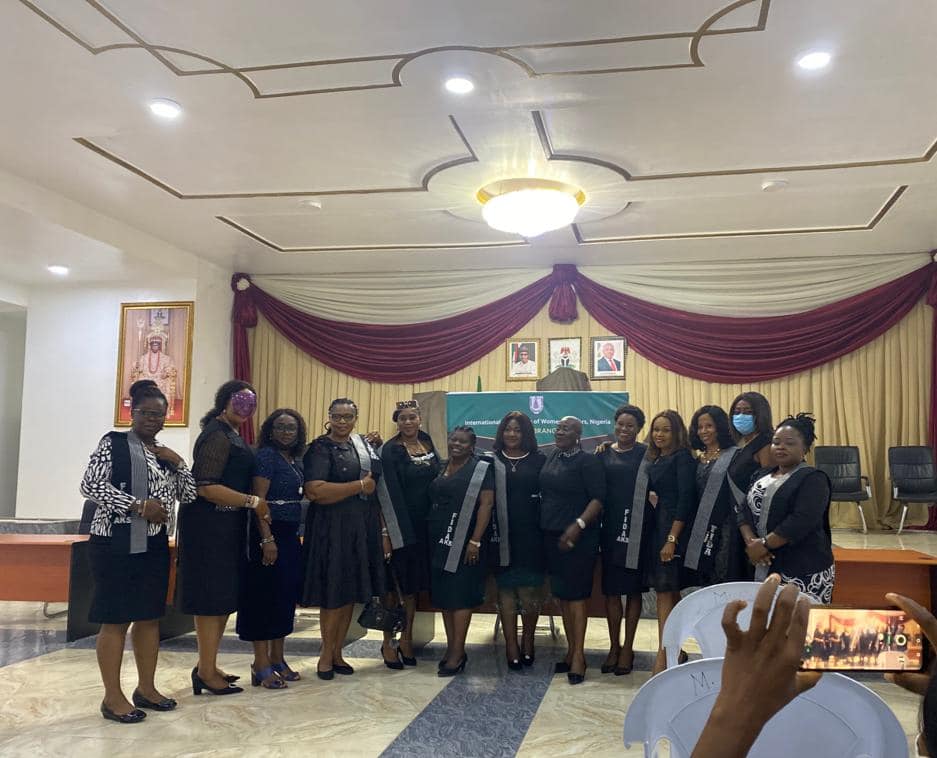 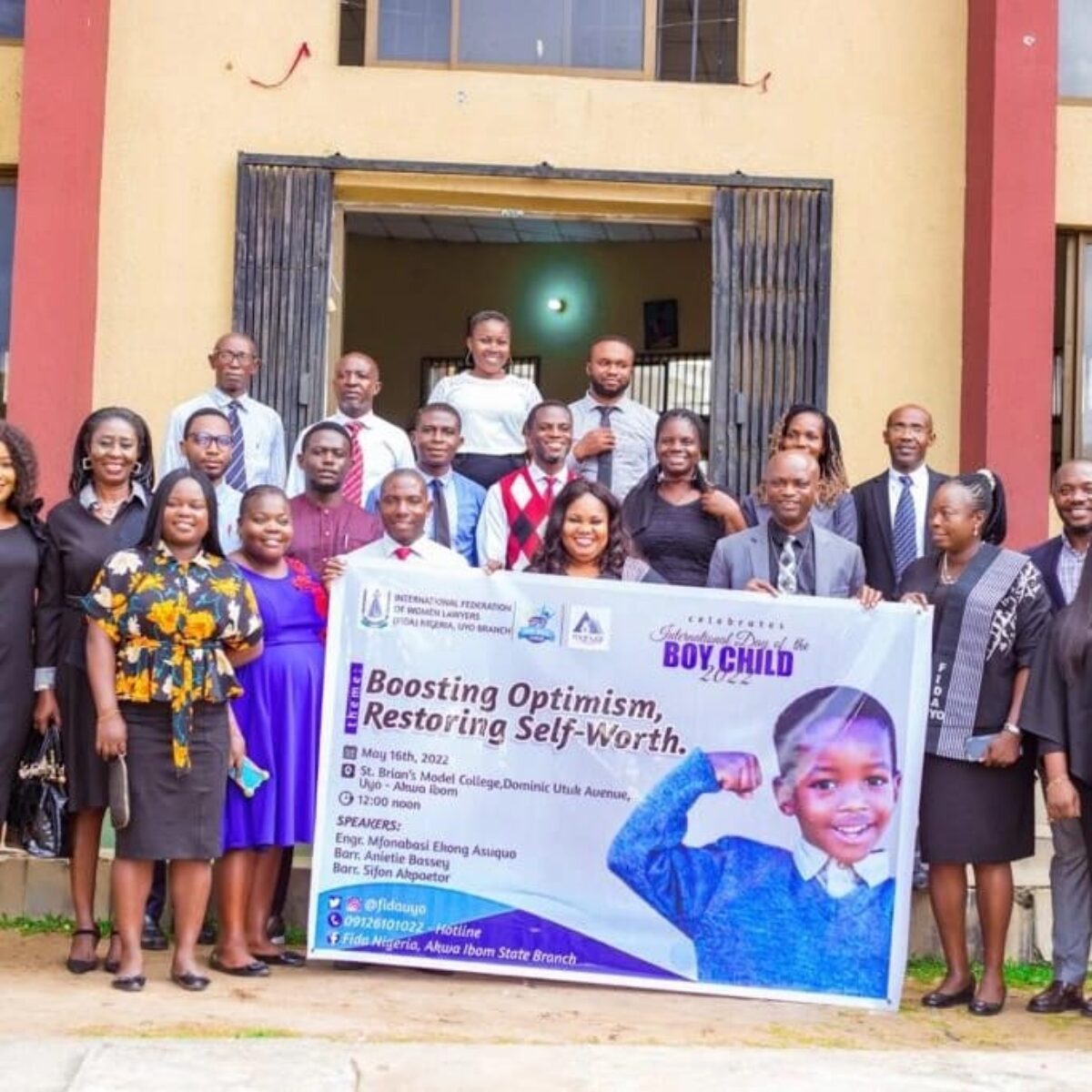 On Monday 16th of May, 2022, FIDA Uyo marked the International Day of the Boy Child at the St. Brian Model School, Dominic Utuk Avenue, Uyo, which is a... 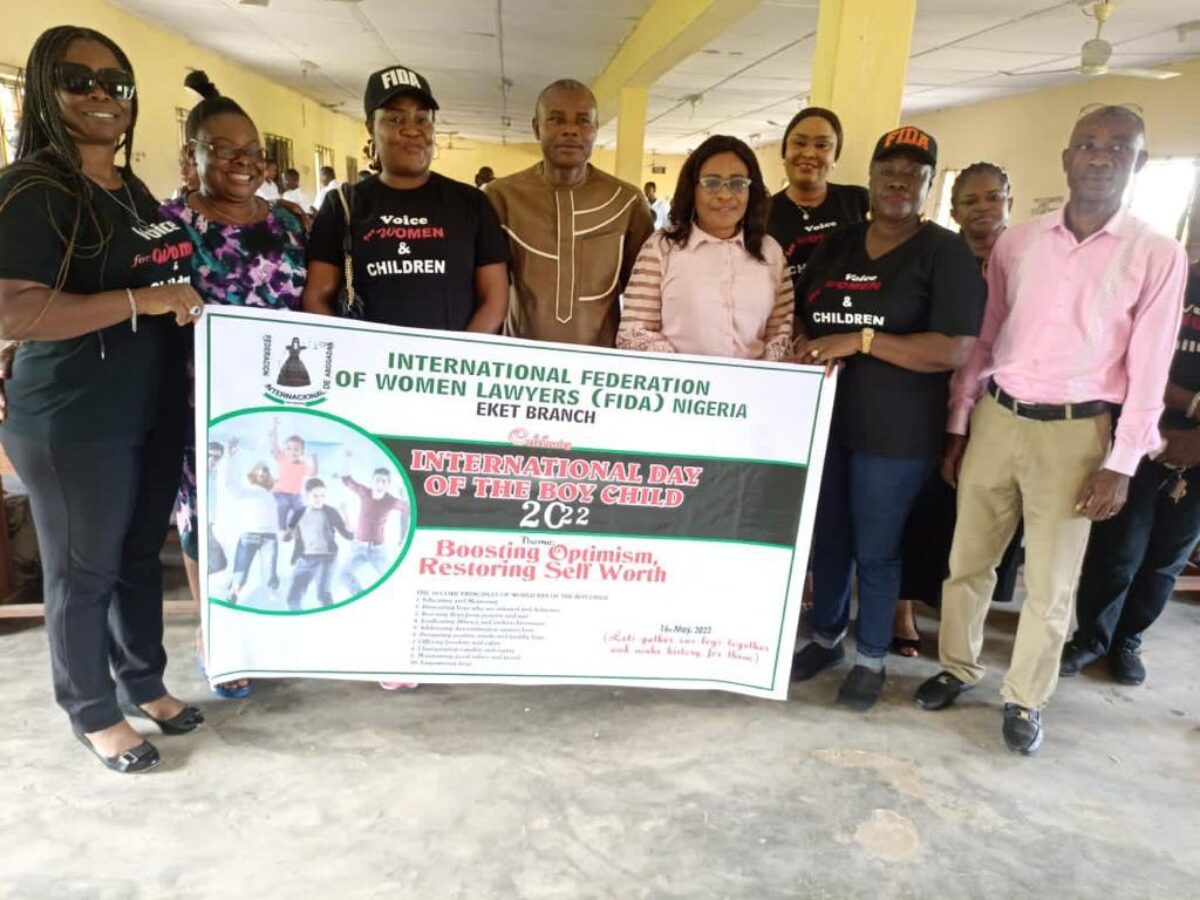 In commemoration of the International Day of the Boy child, FIDA Eket on the 16th of May 2022 took her Advocacy to two Secondary Schools in Eket Local... 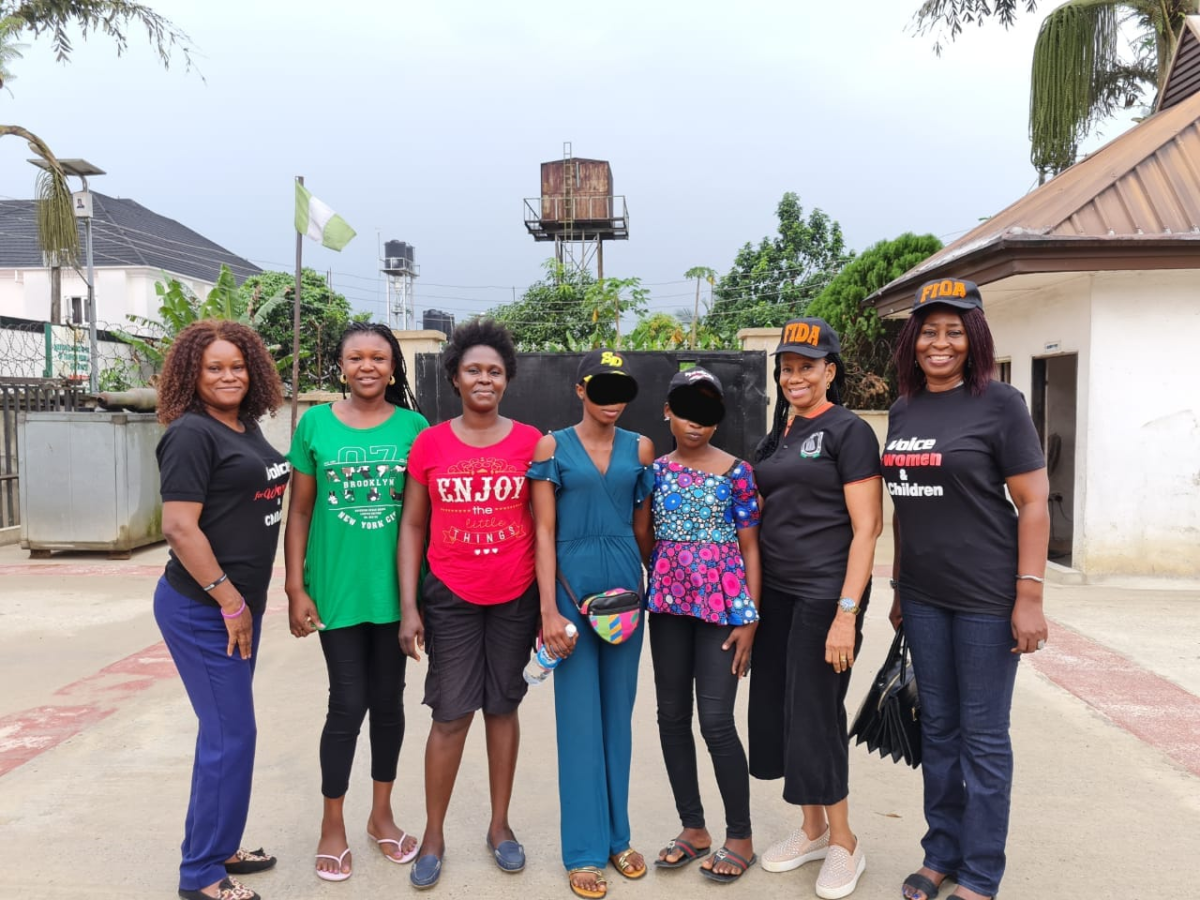 Strategic Collaboration by FIDA NIGERIA, Bayelsa, and Uyo Branches has led to the rescue of two trafficked teenage girls aged 18 and 17 respectively and... 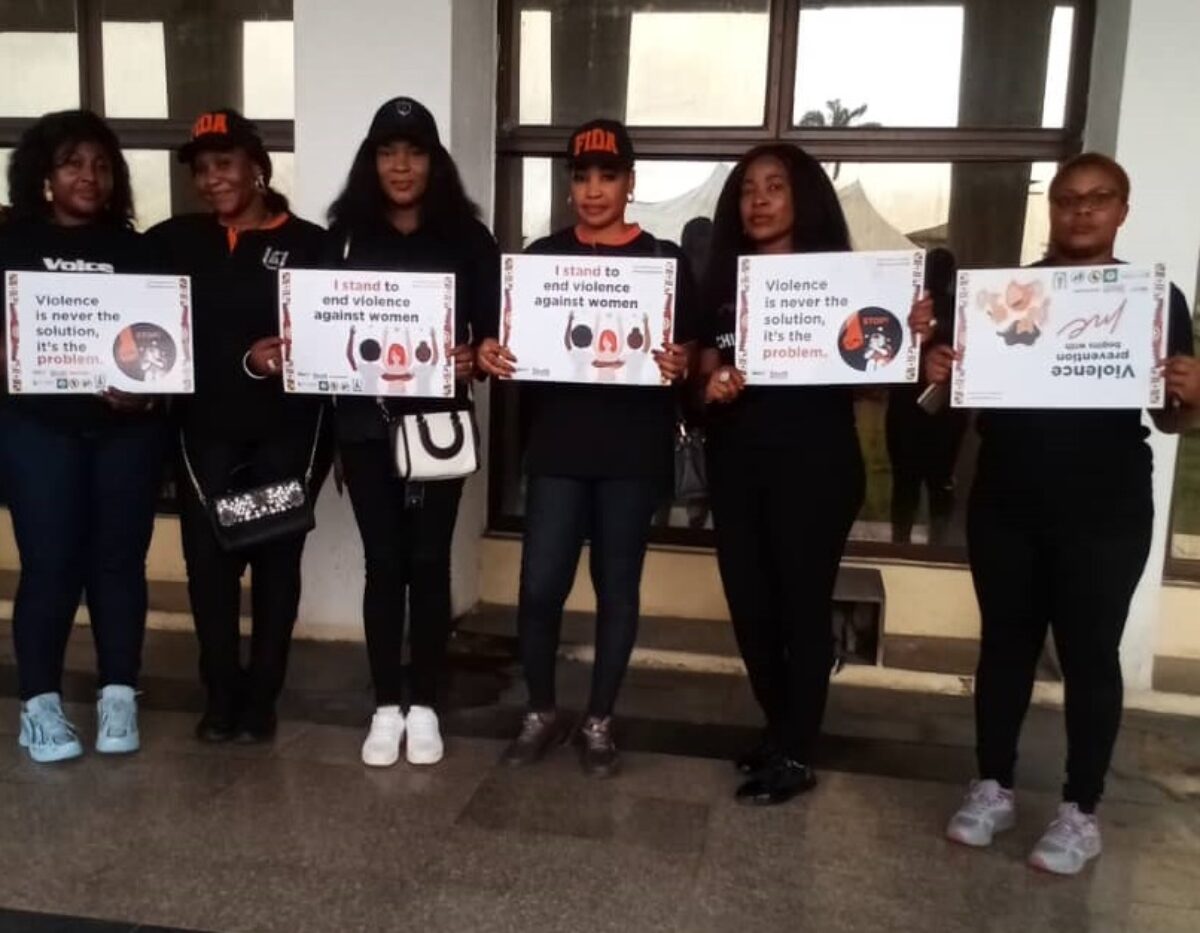 FIDA Akwa Ibom flagged off the 16 days of activism against Gender Based Violence on the 26of November 2020, at the prestigious Ibom Hall, Uyo and His...

FIDA Akwa Ibom, went on a peaceful protest against Rape. In attendance was the Hon. Attorney General and the commissioner for women affairs.